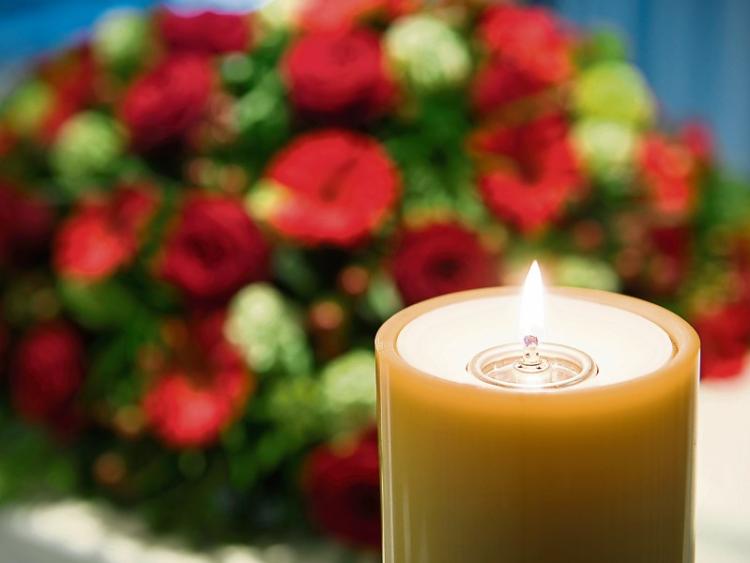 The late May Murphy

The death has occurred of May Murphy (née Christopher) Assumption Place, Kilkenny City and formerly of Friary Street, Kilkenny 28th December 2016, peacefully at St. Luke's Hospital, May, beloved wife of the late Billy and mother of the late Mary, sadly missed by her sons Liam and Noel, daughters-in-law Anne and Sheila, grandchildren Daire, Ciaran, Killian, Anastasia and Alexei, great-grandchildren Jayden and Caoimhe, relatives, neighbours and friends.

Reposing in Johnston's Funeral Home on Friday from 5pm with Funeral Prayers at 6.15pm followed by removal to St. John's Church. Requiem Mass on Saturday at 10.30am. Funeral afterwards to St. Kieran's Cemetery. House private please.

The death has occurred of Tom Delaney, Blackrock, Dublin / Kilkenny.

Originally of Loon, Co. Kilkenny, In his 71st year, formerly of UCD Physics Dept and Lake Communications, died unexpectedly after a short illness. Beloved and devoted husband of the late Breda and dear father of Emer. Loving brother of John, Owen, and the late Kieran. Deeply missed by his daughter and her partner, his brothers, sisters-in-law, brothers-in-law, cousins, nieces, nephews, grandnieces, grandnephews, friends, colleagues, and neighbours.

Reposing in Power’s Funeral Home, Ferrybank on Thursday, December 29th, from 5.15pm with removal at 6.45om to St. Senan’s Church, Kilmacow. Requiem Mass on Friday, December 30th, at 11am followed by burial in the adjoining cemetery.