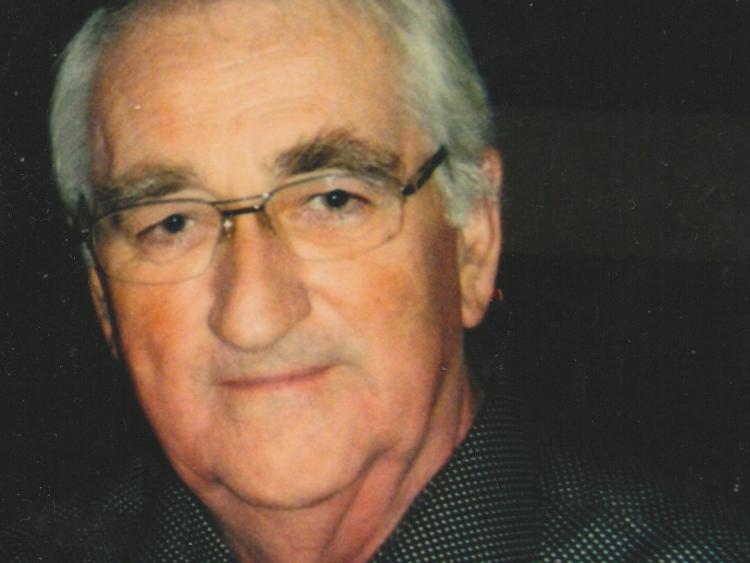 Peter de Loughry spent much of his childhood pottering around in the basement of his family home in 19 Parliament Street, Kilkenny. His mother was Eileen (née Dalton) known as “Gag” to family and friends in later life. His father, Tom de Loughry, was a former mayor of Kilkenny. The basement was a treasure trove of electrical devices and an assortment of tools laid out in a seemingly random way but easily found by either father or son. This was their place. Together they became lost in a world of mechanics and repair and once took an entire car apart to see if they could put it back together again. They did, though the calibration proved tricky. These were Peter’s first lessons in building, in architecture.

Nessa Dunne (née de Loughry) who was born and raised in 18 Parliament Street, Kilkenny, was a loving aunt and godmother to Peter. The feeling was mutual. They cherished each other more and more as the years passed. It is through this close family relationship that the essence of Peter can be explained, but more of that later.

His passion for hurling began at an early age and was fuelled even more when, at CBS Kilkenny, he won medals on the field for his skill. This love of sport extended to tennis and squash, both of which he played competently and with a canniness which regularly confounded his opponents. However, hurling proved to be his abiding indulgence. His conclusions before, during and after matches illustrated his engineering bent where the left and right sides of his brain bore down on his own unique analysis of substitutions, scores, saves and sideline cuts.

During his formative adult years he enjoyed working with his uncle Billy Dalton in Dalton’s Mills, Kilkenny. Peter met his future wife, Sheila, a daughter of Bill and Margaret Finnigan, while delivering a gift of apples in one of Dalton’s trucks to the Finnigan home on College Road. The fruit had come from the orchard behind his own home at Parliament Street. The order to deliver the apples had come from his mother.

He later became involved in running the Festival Club of the Kilkenny Beer Festival at Kilkenny Castle. (His father-in law, Bill Finnigan, Marketing Director of Smithwicks Brewery, had come up the idea for the festival during a visit to Munich where a similar event was well established there.)

Peter and Sheila married in 1968. They moved to Portmarnock in Dublin in 1973.

Peter’s canon of architectural work is as considerable as it is fine art. He brought a meticulous standard to design, signed off with a flourish. His work included plans for business premises in Kilkenny such as Kilkenny Engineering Products and in Dublin such as the AnCO (training council) building in Finglas, the Leeds & Northrup complex, Coolock, and the Airport Business Park.

He cut his teeth at Colm O Cochlain Architects in Kilkenny beginning a career in 1963 that would last until 2011. During this time he worked for Curley and Dowley Architects and, in 1973, became Senior Assistant at Scott Tallon Walker Architects in Dublin where he was appointed Associate Partner six years later. In 1985 he established his own business with offices in Malahide.

Peter was equally at home dealing with the complexities of designing sporting arenas including works to Sutton Lawn Tennis Club and, a personal favourite, the Naomh Mearnóg GAA club buildings in Portmarnock whose club colours of black and amber are also the Kilkenny colours.

He relished, too, the unusual challenges that came his way on smaller buildings, one of which, the house of a fellow Kilkenny man in Malahide , is made of Kilkenny stone transported specially from the county for the construction.

Not all his work was conventional. In 1979, Peter worked on the layout and design of the site for the Papal Mass in the Phoenix Park, a task that required an agility of mind and a creative industry. Before his retirement in 2011, Peter was in great demand for his practical and uplifting designs of nursing homes.

He was very much engaged in the architectural industry itself being a member of the Royal Institute of the Architects of Ireland and of the Chartered Institute of Architectural Technologists, an organization in which he vetted candidates for their prowess in the discipline. Not an insubstantial number of architects working in Ireland and abroad now speak of how Peter gave them a great start in the business. He was generous with his knowledge, wisdom and street sense. One of his nuggets of wisdom was, ‘Builders are in business to make money NOT buildings”.

Two of his sons, John and Garry and his daughter, Julie, worked at various times and to varying degrees in their father’s business. As his eldest son, Paul, told the funeral congregation in his eulogy, Peter was the consummate family man. This closeness extended to staff at the company over the years whose working days seemed greatly shortened by the winning ways of their employer. They felt and knew they were part of a family.

Peter’s greatest architectural legacy is one he built with his wife, Sheila. It’s not made of bricks and mortar but something more powerful; a greatly loved and loving family; their children – Julie, Paul, John and Garry, their grandchildren Cian, Amy, Ava, Zach and Georgia, Peter’s sister, Sheila Brennan, and so many more relatives and friends.

Peter loved his family unconditionally. He was never more at home than in the midst of any celebration when he would laugh and cause mischief. He was the most comforting and comfortable of hosts.

At his funeral Mass, the gifts brought to the altar were a Kilkenny hurling jersey, a sliotar, an album of photographs of some of his architectural work over 53 years and a copy of Peter’s Key, the biography of his grandfather.

Peter was a rock of reassurance. His calmness was comforting, his voice mellow and guaranteed to put you at ease. His appetite for all things Kilkenny was insatiable. The history of the city and county tugged his interest. Over the years, he always encouraged family members to find out more about the de Loughry family history which never ceased to enthrall him.

There was and is much to be enthralled about. Peter's grandfather and namesake bestrode the corridors of power in Kilkenny and Dublin for the first three decades of the past century. His grandfather's achievements were substantial. Most focus is placed on his crafting the key that allowed Eamon de Valera, Sean McGarry and Sean Milroy to escape from Lincoln Prison in 1919 but there was so much more to him. It is because of his grandson's encouragement that Peter's Key was written. Peter and his wife Sheila were guests of honour at the launch of the book in Kilkenny in 2012.

Peter's wide circle of friends meant he was never likely to walk through Malahide, Portmarnock, or High Street (when home in Kilkenny) without meeting someone and having a chat.

His aunt and godmother, Nessa Dunne, mentioned earlier, played a great part in Peter's childhood. She enjoyed his hearty laugh which he carried into adult life. She told a story once which explains a lot about him and, indeed, a lot about her. When he was a boy she used to bring him to the pictures. Yes, it was a treat for him but she had her own motive. You see, she always made sure the film was a comedy and, of course, she knew how he would react to the capers on screen. She brought him to the cinema just to hear his laugh.

His humour, represented in part by his laughter, reached and invigorated those who knew him. Even when he was a boy, he did not realise how fully his own joys touched our hearts and unfolded for us the warming knowledge that we were in the presence of someone quite wonderful.