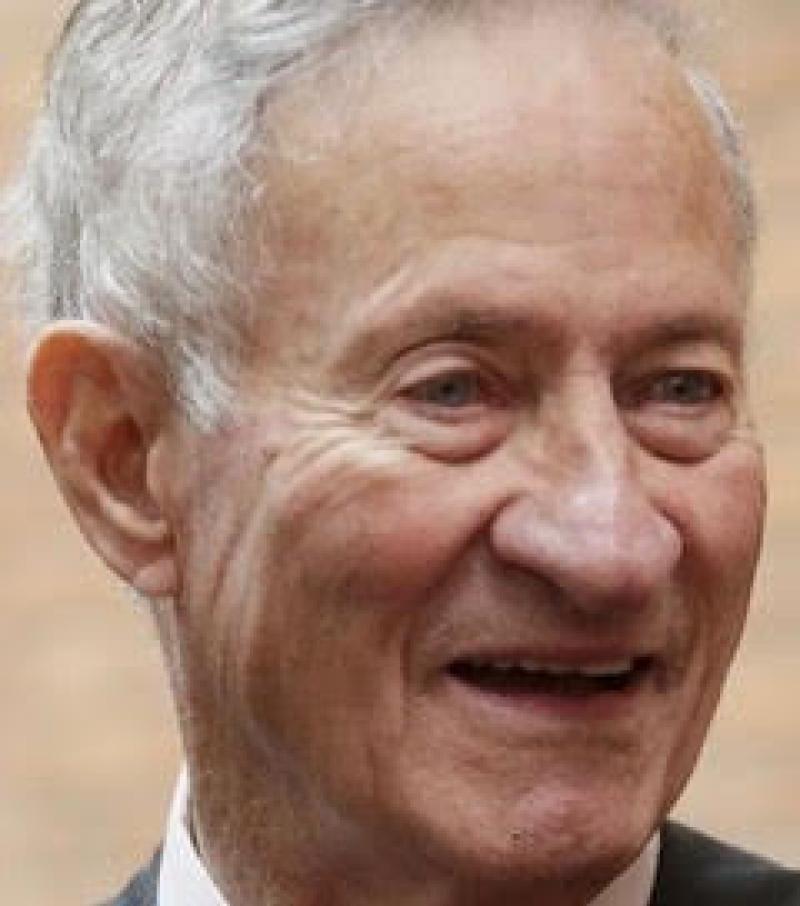 A prominent member of the US. federal judiciary, who has died at the age of 86, had a direct Kilkenny connection that spanned almost a century and a half.
Patrick J Duggan jnr, who died in Michigan on March 18, was the son of an emigrant of the same name who left Hugginstown at the turn of the 20th Century.
His father, Patrick Duggan snr, was born in the Kilkenny parish in 1882, the son of Michael Duggan and his wife née Shea. Michael was widowed within ten years of marriage and reared his family of five boys and a girl on the home farm at Ballinteskin with the help of his mother-in-law.
The two eldest Duggans, Pat and Bridget, emigrated from Ballinteskin to the US in the early years of the 20th Century, Pat settling in Detroit and Bridget in Fayetteville, Ohio where she married Lawrence Barber. Bridget died in 1964. One of her six children survived until 2009, dying at age 92).
After some early employment in the retail trade, Pat established himself in the real estate business and was also active in the Knights of Columbus. Following America’s entry into World War I, and too old to be considered for active service, he sought to be of use behind the lines. He deployed to Camp Custer in Battle Creek, Michigan, where he helped soldiers and their families through the flu pandemic of 1918. He worked there and in Europe with the Knights of Columbus support programme, providing home comforts to troops of the American Expeditionary Force behind the front.
In 1925, at the age of 43, Pat Duggan married Mabel Marie Kelly, the grand-daughter of an immigrant from Limerick. She was seven years younger and over the next decade they would have a family of three girls and a boy, including Margaret, a librarian in Chicago who died in 1992; Catherine, a teacher who married Thomas Murray and settled in Warren, Michigan, where she died in 2002; and Mary, who married Wilfred Cassabon and died in Clinton Township, Michigan in 2016. Of their parents, Patrick Sr. died in 1963, aged 81; Mabel died in 1981, aged 91.
Their remaining child and only boy was born on September 28, 1933, in the midst of the Great Depression. Growing up on the east side of Detroit, Patrick jnr attended St Clare de Montefalco Elementary School, then De La Salle High School. In 1951, he left for Xavier University in Cincinnati, Ohio. He worked his way through school and graduated in 1955 with a Bachelor of Science degree in Economics.
In 1957 he married Joan Colosimo, whom he met at a college dance while she was a nursing student at Good Samaritan Hospital in Cincinnati. She survives him, together with their family of four boys, including Michael (Mike) Duggan, the current mayor of Detroit. Another son, Robert, predeceased his father, dying in 2011 at the age of 46 following a heart attack.
Patrick Duggan returned to Detroit to enroll in law school at the University of Detroit, graduating cum laude in 1958. He entered into private practice, eventually becoming a Senior Partner for the law firm of Brashear, Brashear, Mies & Duggan.
In 1976, the Republican Michigan Governor William Milliken appointed him to the Wayne County Circuit Court, where he presided for a decade, winning re-election twice. In 1986, President Ronald Reagan appointed him to the federal bench and he spent the next three decades as a US District Court Judge for Michigan.
His notable cases included the trial in 1989 of Bob Probert, a star player on the Detroit Red Wings ice-hockey team, whom he sentenced to six months in prison for trying to cross the border from Ontario, Canada, with 14 grammes of cocaine in his underwear.
In 1997, he sentenced former Detroit Tigers baseball pitcher Denny McLain to eight years in prison for embezzling more than $2.5 million from a meat packing company.
A year later, he upheld voter-approved term limits on elected state officials. And when a student with intellectual disabilities was denied the right to live in a student dorm by Oakland University, Judge Duggan ruled against the university and allowed Micah Fialka-Feldman his rightful place – in school and society.
His 2000 ruling in favor of the University of Michigan’s use of affirmative action in its admissions process was appealed to the United States Supreme Court. He had ruled that diversity could be considered a compelling government interest – a principle that the Supreme Court eventually affirmed.
As a resident of Livonia, Michigan for almost 60 years, he was involved in many community organisations and projects. He headed the Livonia Chamber of Commerce, the Livonia Bar Association, and the Livonia Family YMCA, while also serving on the board of the Northwestern Wayne County Guidance Clinic.
Meanwhile, despite her husband’s political affiliation, Pat’s wife Joan was employed as executive assistant to the Mayor of Livonia (and later Chief Executive of Wayne County) Ed McNamara, a Democrat and a major player in his party’s state and national politics.
In 2013 Pat had the special privilege of swearing in his son Michael, a former deputy chief executive of Wayne County, as the first white Mayor of Detroit (an 80% African-American community) in 40 years. He observed his re-election in 2017 following a turnaround in the Motor City’s fortunes.
When he retired in 2015 at the age of 81, his colleagues presented him with a formal portrait by the artist Michael de Priore. As the family grew to 13 grandchildren and three great-grandchildren, Pat Duggan was able to take a greater part in their lives until his final decline.
The Pat Duggan story is unusual in its direct connection to Kilkenny and to Ireland from the late 19th Century to the early 21st, as well as to the story of modern America. His record can stand with that of the other great South Kilkenny names in the progress of the Land of Opportunity, from James Hoban and the Denn brothers to John Ireland and William McDonald.