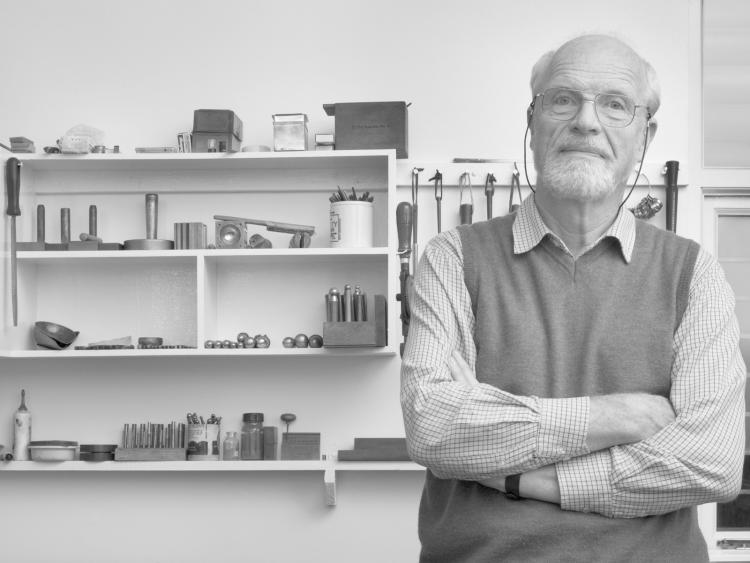 He passed away, peacefully, after a long illness, on Saturday, at St Luke's General Hospital. He was in his 80th year.

Mr Heltzel's renown as a master jewellery craftsman spread far outside his adopted home of Kilkenny city. Originally from Berlin, Germany, Mr Heltzel was invited to Ireland in 1966 by an Córas Tráchtála, the Irish Export Board. He set up and led the trail-blazing gold and silver studio-workshops at the government sponsored Kilkenny Design Workshops. In 1968 he established his own workshop in Kilkenny where his son Christopher and their employees and apprentices still work today.

Mr Heltzel is mourned by his beloved wife Eva and much loved children Christopher, Julian and the late Rebecca, sadly missed also by  daughter-in-law Cruzcelis, his unborn granddaughter, nephews, nieces, extended family and a large circle of friends.

In keeping with current government guidelines regarding public gatherings, a private cremation will take place in the coming days and a celebration of Rudolf's life will be held at a later date.