History is made as two women are elected in Carlow Kilkenny

Bucking the trend: Local success not reflected as high profile women lose out in other areas 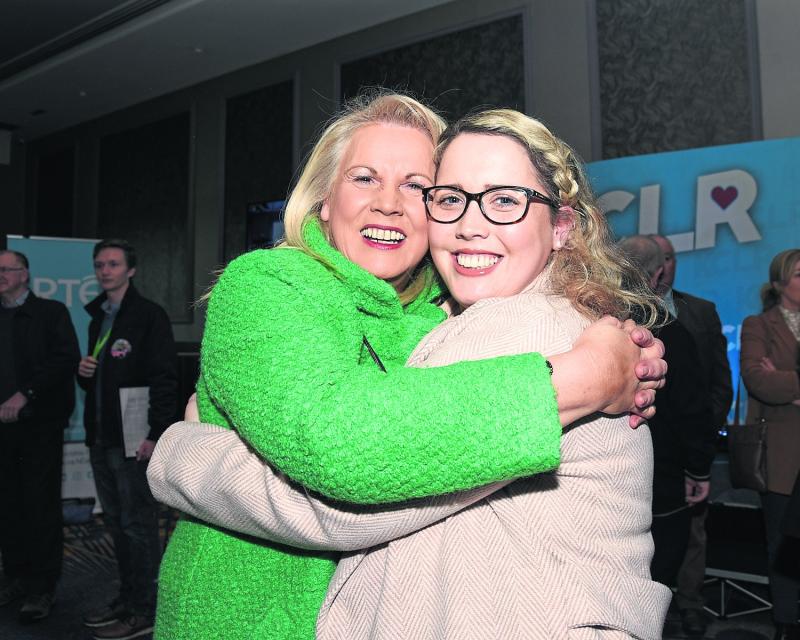 For the first time in Irish electoral history the constituency of Carlow Kilkenny has two women TDs - Kathleen Funchion of Sinn Féin and Jennifer Murnane O’Connor of Fianna Fáil.
It is also the first time a woman has been re-elected to represent this constituency.
Only four women have ever been elected from this constituency.
The first woman elected for Carlow Kilkenny was Mary White of the Green Party, in 2007. She served until the election of 2011.
Labour Party candidate Ann Phelan was elected in 2011, and served until the last general election in 2016.
Kathleen Funchion
In that election of 2016 Kathleen Funchion was first elected for Sinn Féin. This weekend she was re-elected, making history.
Not only did Deputy Funchion hold on to her seat in Dáil Eireann, the first woman to do so in Carlow Kilkenny, but she topped the poll with an impressive first preference majority.
It’s not Kathleen Funchion’s first time making history in this area. When she was first elected to Kilkenny Borough Council in 2009 she became the first Sinn Féin councillor in the city since 1923.
She stood in three general elections before being elected to the Dáil in 2016.
Jennifer Murnane O'Connor
The second woman elected in Carlow Kilkenny is Jennifer Murnane O’Connor of Fianna Fáil. Previously a member of the Oireachtas as a Senator (she was elected on the Labour panel in 2016), Deputy Murnane O’Connor is a first time TD.
She first ran for the Dáil in 2011, when she polled 6% of the first preference vote in Carlow Kilkenny for Fianna Fáil. She also ran in the general election of 2016 when she narrowly missed out on being elected, the last candidate elminated.
Deputy Murnane O’Connor has been a member of Carlow County Council since 1999, when she was co-opted on the retirment of her father Jimmy.
National Trend
Carlow Kilkenny has performed better than the rest of Ireland as far as women being elected are concerned in this election. Overall the number of women elected remains the same at 35.
However, in percentage terms it’s a slight drop, because now there are 35 out of 160 seats (21.9%), whereas in the last Dáil there were 35 out of 158 seats (22.1%).
35 is still the highest number of women elected to any Dáil since the foundation of the state.
Gender quota legislation was introduced before the 2016 general election seeing the number of women elected nationally jump from 25 to 35.
Under the rules at least 30% of candidates have to be female or a party’s state funding can be cut by 50%.
Some comentators see this general election as a missed opportunity for women.
It was the first time in a general election that every constituency had at least one woman candidate but in many places high profile women TDs lost their seats - Ministers Catherine Zappone (Ind), Regina Doherty and Mary Mitchell O’Connor (both FG), Ruth Coppinger (Sol–PBP) and Joan Burton (Labour).
The National Women’s Council of Ireland described the election as “a missed opportunity” to increase female representation and called on political parties to work harder to increase the number of women contesting elections.
The call was echoed by Women for Election, a non-partisan organisation that supports women to get involved in politics in Ireland.
They said it was inevitable given the larger parties did not run a “balanced ticket.”
11 constituencies elected no woman TD.