New Ossory, Laois and Leinster journal a must have 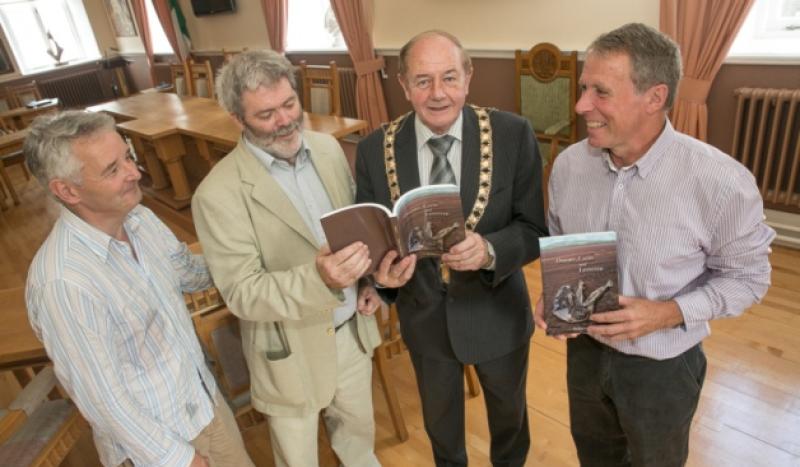 The 5th edition of the Ossory, Laois and Leinster journal has just been published and is now available in the local bookshops. As usual it is a mix of articles relating to the geographical districts from which the journal takes its name.

The 5th edition of the Ossory, Laois and Leinster journal has just been published and is now available in the local bookshops. As usual it is a mix of articles relating to the geographical districts from which the journal takes its name.

This edition opens with an essay entitled ‘The bog body from Cashel Bog, Co .Laois’, written by Eamonn P. Kelly, Keeper of Irish Antiquities, at the National Museum of Ireland. The image on the front cover relates to the Bog Body. The writer came to the conclusion: ‘Prior to damage inflicted by a peat harvesting machine, Cashel Man appears to have been a fully intact body albeit wounded in antiquity. The next item is an essay entitled ‘Blind Cruise’ by UCC lecturer, David Edwards, whose research shows that the harper in question was part of the household of ‘Black Tom’ Butler, 10th Earl of Ormond (1531-1614). Cruise came to the notice of Richard Stanihurst (1547-1618), (who c. 1556 had been sent by his father James, to Peter White’s grammar school in Kilkenny), during a visit by the Earl of Essex to Lord Ormond at Kilkenny Castle in July 1574. Stanihurst states: “There lives in our own time Cruise, the best harper in living memory. He completely recoils from that confused din which results from strings which are untuned and clashing with themselves.”

Another Ormond/Butler related article is entitled ‘A bench from the household of Piers Ruadh, 8th Earl of Ormond’ by Ulrike Hogg, who is on the staff of the National Library of Scotland, Edinburgh, which gives us details about a canopied bench which probably helped furnish one of the numerous Butler/Ormond castles of Kilkenny-Tipperary. The bench (see illustration) is now in the Burrell Collection, Glasgow and is a very rare survival. The Journal also has essays on Bishop David Rothe’s Analecta (1616) by Stephen Hand, Dept of History, TCD., an Irish medicine man, Donnchadh Óg Ó Conchubhair who is described therein as the ‘best of the doctors of Ireland – and that without leaving Ireland to study’ by Benjamin J. Hazard, from UCC, Cork ; an essay on the Book of Leinster, by Elizabeth Duncan from the Dept. of Celtic, University of Edinburgh ; Ellen Lalor, the Bergins, and Van Diemen’s Land by Brendan Kiley from Cappoquin, Co. Wateford ; The O’ Donovan family of Atateemore alias Blackney’s Part, Co. Kilkenny by Michael Herity, retired professor or archaeology at UCD ; ‘Men’s names among the Uí Mhórdha of Laoighis, c. 1000 – c. 1500’ by Freya Verstraten Veach, from the Dept. of History, University of Hull and other small articles by Éamonn Ó hÓgáin (Aithrí an Athair Seamus Ó Leathlobhair c. 1728-1811) ; Mary Ann Vaughan (The Ringwood Music Manuscript); Michael Herity (Catholic Map of Ireland, 1859); Padraig Ó Macháin (A Gaelic link with Paris Anderson) and finally Charles Smith (An Irish record of the murder of a Scottish bishop). All in all a very heavily packed journal which amounts to 245 pages which costs €20.