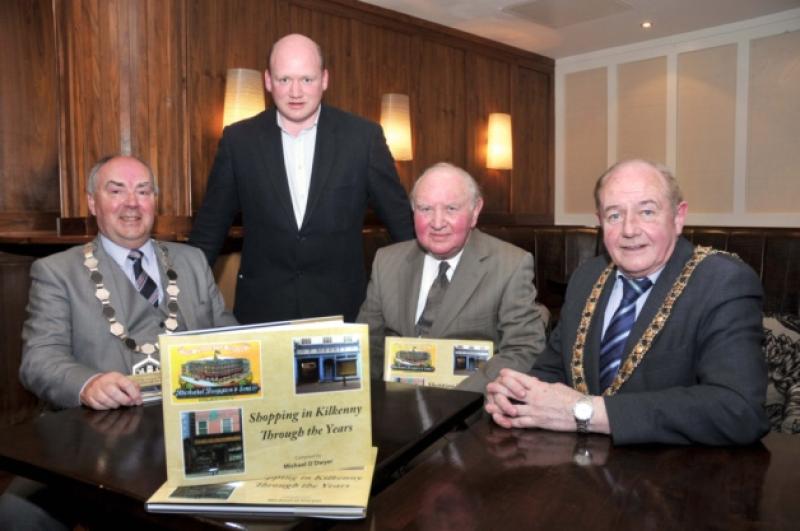 Well-known local historian Michael O’Dwyer has done it again - touched on a subject you would not consider universally popular but has come up with an extremely enjoyable book.

Well-known local historian Michael O’Dwyer has done it again - touched on a subject you would not consider universally popular but has come up with an extremely enjoyable book.

The man who wrote numerous titles such as ‘Cricket in Kilkenny’ has turned his eye to preserving the memory of the urban landscape of Kilkenny City - in particular shop fronts.

The book is full of pictures of the old shop fronts which was a feature of Kilkenny for generations with detailed descriptions on their history and previous owners.

Last week at The Pembroke Hotel, the launch of the book was supported by Kilkenny Chamber and the two major shopping centres in the town - Market Cross and MacDonagh Junction. Neither of those retail centres would have existed when most of the pictures in this book were taken.

Among the guests at the function wereMayor of Kilkenny Martin Brett and outgoing Chamber President Donie Butler in one of his last official functions as the President following a successful two year term.

At €20, this well-produced book is of interest to those who remember fondly the taste of bullseyes and appledrops; who can still recall the smell of fresh bread on High Street or those rottisserie chickens around the Parade.

And of course its of further interest to retailers today, as they preserve the look of their premises. Interesting to note Willoughboys on the corner of High Street, with the famous clock in the window. And of course the same premises is once again about to open, under the name of Willoughbys.

The book covers all the major streets in Kilkenny and the many family firms still thriving today.