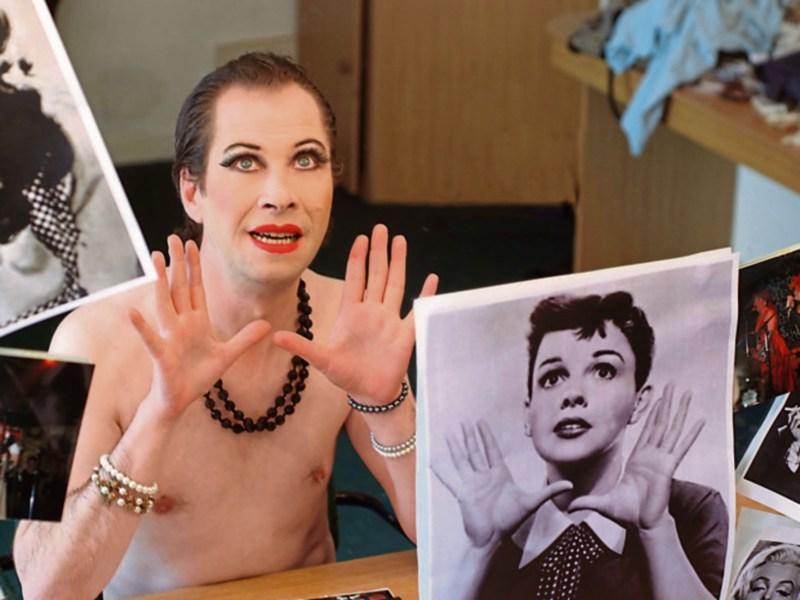 The production which was nominated for several awards in New York, including Best New Play and Best Production, took the gong for Best Actor for Myles Breen’s ‘hilarious and mesmerizing performance’ (Irish Echo, NYC).

After previously touring to 19 venues across Ireland from 2009 to 2011, the show was invited to The Cell Theatre in New York City, from September as part of the hugely prestigious festival in its 7th year, and marked the company’s first production outside Ireland.

This one-man show, written and performed by Myles Breen.

It was directed by Liam O’Brien has played to numerous standing ovations in Donegal, Galway, Cork and Dublin and had record sell out runs at both the Belltable and Loft Venues in Limerick.

Originally presented as part of Limerick Pride in 2009, the play is set in the dressing room of an aging drag queen who reveals his life and loves, victories and defeats.

Exploring the themes of identity, love found and love lost, and using the music of Judy Garland, Barbara Streisand, Billie Holiday and more, Language UnBecoming a Lady tells the story of one gay man’s life.

From his childhood through adolescence and onto adulthood, the one constant in his life is the music of the divas who provide comfort, strength and inspiration.

"Unadorned, vulnerable and comically self-critical, Breen is a shining and believable presence"

Limerick-born Myles Breen is a founder member of Bottom Dog and as well as being a writer and director he is one of the busiest actors in the country with a list of theatre, television and film credits stretching back over twenty five years.

y and personally. Actor, having been nominated alongside such incredible actors as Donal [O’Kelly] and Pat [Shortt] was unexpected and humbling. As an actor and a writer, I have always found this piece a huge challenge but the audience reaction both here and abroad has always made the journey worthwhile. Whether old or young, gay or straight, everyone seems to connect with Robert’s story. To tour Ireland once again, in the wake of the country embracing marriage equality, is a dream come true on many levels.”

Bottom Dog’s Artistic Director Liam O’Brien directs the play - whose theatre credits include world tours with Edward Hall’s Propeller Shakespeare Company and the West End hit The Rat Pack. He also directed Breen’s most recent play The Bachelor of Kilkish, as part of Limerick City of Culture 2014 and marked a serious change in how the company was being supported and recognized at home.

“When we first set up Bottom Dog, we were at the beginning of a recession. Companies were being cut all over Ireland. There was a feeling of confusion and palpable loss. From those feelings came our first season, which included Language Unbecoming A Lady. Seven years and 20 productions later we’ve now debuted internationally, we’ve been nominated for several Irish Theatre Awards and our desire to tell stories is more powerful than ever. We just received a Civic Reception from Limerick Council in recognition not only of our success in New York but our contribution to the Arts in Limerick over these years. We’ve come a long way. ‘Language’ is what started this journey and it seems fitting to tell that story one more time where it all began.”

Bottom Dog Theatre Company was founded in 2009 and has been at the forefront of professional theatre company in the city with its annual seasons of rehearsed readings, collaborations and main stage productions, including their Irish Times Award nominated productions of What Happened Bridgie Cleary and The Revenger’s Tragedy. They have toured productions to over 25 venues nationwide and this upcoming tour includes: