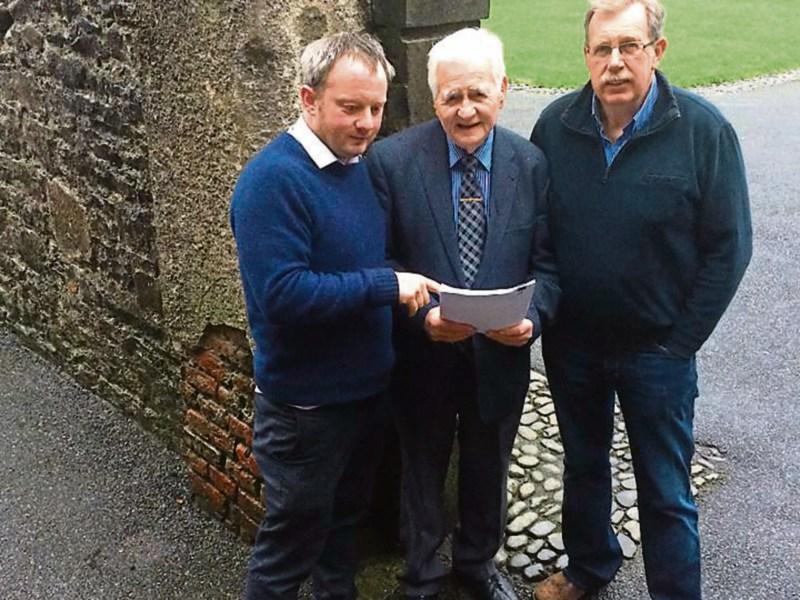 The recently formed Kilkenny Flying Column Memorial Society will stage a musical drama named They Stood by Pearse’s Side in the Watergate Theatre on 5 April, 2016 to commemorate the 100th Anniversary of the 1916 Rising.

The musical drama, as well as honouring the men and women of 1916, many of whom made the supreme sacrifice of their own lives to free Ireland, will celebrate in language, song, dance and verse the survival of our own Gaelic culture through centuries of oppression.

Starting with a tribute to the bold Fenian Men, the drama continues by showing how the generation of Irish youth in the early 20th century went to school again in the newly-formed Gaelic League and became fit and strong in athletic pursuits by becoming members of the then established G.A.A. and other sporting organisations.

It tells how the loss of the 20,000 rifles destined for the Irish rebels on the German ship, the Aud, as well as the countermanding order of Eoin MacNeill, upset all the plans made for a countrywide armed rising on Easter Sunday, 1916.

We learn how the sixty Kilkenny Irish Volunteers, who were ready and waiting for word to travel to Sculloge Gap, on the Carlow-Wexford border, to join the Co. Wexford Irish Volunteers in open revolt, were prevented from doing so by Captain J. J. O’Connell sent to them by an order from Eoin MacNeill, Chief-of-Staff, of the Irish Volunteers.

The action then moves to Dublin to a scene when the Military Council of the IRB decides to go to war even after Eoin MacNeill’s countermanding order has become public.

We enter the GPO for a scene just before the insurgents evacuate the building. The roof has caught fire and is collapsing over the heads of the insurgents.

The action moves on to Moore Street where a last meeting is held when a majority decision is made to surrender unconditionally ‘in order to prevent the further slaughter of Dublin citizens and in the hope of saving the lives of our followers surrounded and hopelessly outnumbered’.

There are sad scenes then as the seven signatories of the Proclamation and seven others are court-martialled and executed in Kilmainham Jail. But there is a ray of hope at the end of the drama, before the final Dublin executions of Seán MacDiarmada and James Connolly on 12 May, 1916 when an attitude of sympathy rather than condemnation towards the insurgents is manifesting itself amongst the people of Dublin and in other areas down the country.

Three scenes are devoted to honouring three people connected to Kilkenny who are counted amongst the republican dead of 1916.

They are Patrick Bealin, Loon, Castlecomer, Co. Kilkenny, John Kealy, John Street, Kilkenny and Thomas MacDonagh, a native of Cloughjordan, Co. Tipperary but who lived in Kilkenny for three years when he taught French and English to the students of St. Kieran’s College.

In one scene Father Albert Bibby, the Capuchin priest who was reared at 8 High Street, Kilkenny (now the site of The Hole in the Wall Hostelry) is shown attending to 25 year old Sean Heuston before his execution.

The story is complemented by a mixed choir, a host of musicians, solo singers both male and female, poetry readers, and a set of traditional dancers.

They have all come together from local choirs and drama groups, Comhaltas Ceóltóirí Musical Groups, a group of set dancers and they are joined by well-known local entertainers, all of whom hope to make this musical drama a memorable showpiece and a credit to our ancient Irish culture.

Producer of the musical drama is Frank Allen from Liberty Hall Theatre, Dublin who has produced several other similar shows in Irish and English.

He has written a script for a film on James Connolly which is due for release next September. He is assisted by Alan Lynch and Brendan O’Neill from the Liberty Hall Theatre.

The Kilkenny Flying Column Memorial Society would welcome additional actors for the production and anyone willing to take part can get in touch with the chairman of the committee, Jim Maher (Phone No: 086 8295330), secretary, Noreen Cooney (Phone No: 087 2266273) or treasurer, Billy Carrigan (Phone No: 056 7759964).