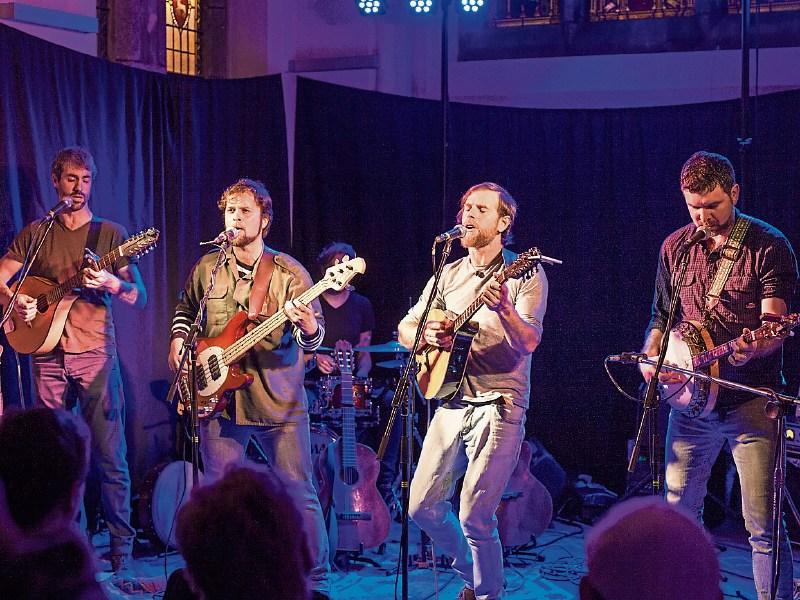 The SavageJimBreen band from Kilkenny are playing the Electric Picnic this year.

They have been asked to play The Global Green stage this. They released their debut album last year and were part of the Kilkenny Roots festival this year.

The SavageJimBreen are an Irish alt-folk band made up of four seasoned and diverse song-writers. Their music tells a story of a 21st century Ireland; a place heavy with the modern burden yet somehow lifted by a sense of the ever there.

Their multi-perspective in song-crafting leads to an exciting shift through folk and roots landscapes from one song to the next. There is a cohesion at work however, as the band by their own admission, are duty bound to translate all incoming work through a single gaze. Those eyes they say, belong to one man, The Savage Jim Breen.

So who is this so called ‘savage’ Jim Breen? As it turns out it is not altogether clear. Not even to the band. And they’re not at any great pains to find out. He may be an uncle, the cousin of an uncle or a friend of a cousin of an uncle but all that’s known is a few years ago one of the band members was shown, in passing, the contents of an old letter written by a somewhat elusive character living somewhere high in the midlands. This missive contained a long but fairly coherent narrative on how this person has seen the country change over the past couple of decades.

The cautionary themes of which were chiseled and shaped and put to music becoming the first Savage Jim Breen song, ‘Tool’. Through the same mutual friend a recording of the song was aired to the elusive J. Breen who instead of giving an opinion of the song simply sent another letter, this time addressed to the band.

These letters, these insights of our changing land and landscape are the porridge in the boiling pot of the album ‘Awake’. We on behalf of the Savage Jim Breen hope you can find a quiet moment in which to listen to an old man rant.

The four collective heads rose as one towards the end of 2013 and were warmly welcomed into the folds of The Electric Picnic, The Rhythm and Roots Festival Kilkenny and onto an array of stages such as Whelans, The Axis Theatre and a number of gigs in Bewleys.

Cafe Theatre, whereupon they have shared the stage with the likes of Damien Dempsey, Kila and Cathy Davy.

Through the use of harmony and rhythm The Savage Jim Breen offer a theme of contemplation, acceptance and a 'moving on' with an awareness and a positive step forward.

James Savage and Manus Crowley play in the Pembroke Hotel every Saturday.