Musician of the Year Mairtin O' Connor for Goresbridge Concert 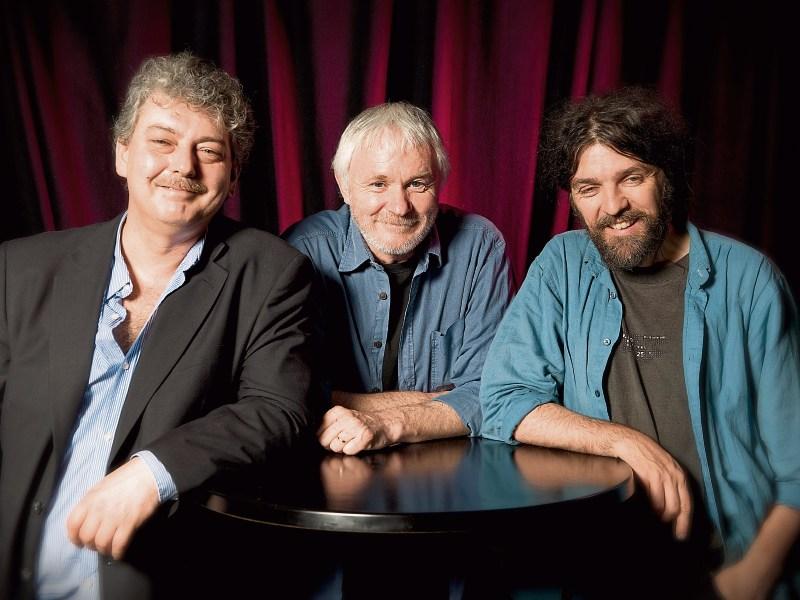 Máirtín O’Connor is one of the most respected and best loved musicians ever to emerge from Ireland. As a soloist with the first Riverdance Orchestra, through his work with De Dannan, Midnight Well and Skylark and also as a solo artist he has quite simply gone where no Irish accordion player had gone before.

Many fine musicians have played in Mairtin’s bands. For the past 9 years the group has included multi-all Ireland winner Cathal Hayden and former Dervish member Séamie O’Dowd with percussionist Jim Higgins joining them occasionally. In 2009 the trio released the much anticipated album ‘Crossroads’ this, along with Máirtín’s previous albums ‘Road West’ and ‘Rain of Light’, are considered ground-breaking and captivating.

A prolific writer of new material, Máirtín O Connor’s tunes can be heard on the recordings of many artists and at sessions throughout the world. He began playing the accordion at the age of nine, and his remarkable career has seen him record a number of Albums including 'A Connachtman's Rambles' his first solo Album, followed by 'Perpetual Motion', released in 1990 which is recognised as one of the best accordion albums ever produced by an Irish artist and displays his astounding skill, dexterity and versatility to the full.

The release in 1993 of his 'Chatterbox' album gave further evidence of his outstanding technique, imagination and compositional talent. Máirtín's infectious and irresistible style and constantly growing status, has kept him very busy not only with live concerts but also as a session musician on recordings by many national and international musicians such as Rod Stewart, Elvis Costello, Mark Knofler, Tanita Tikaram, Townes Van Zandt, The Chieftains, the Dubliners, Davy Spillane, Maire Brennan, and the Waterboys.

As a soloist he has performed with the RTE Concert Orchestra on Bill Whelan's Seville Suite and in 1995 he played a major role in Bill's world renowned 'Riverdance' . He has also worked on the music for Shakespeare's 'Twelfth Night' featuring Ben Kingsley and written by Shaun Davey, plus Bill Whelan's 'Some Mother's Son'. Máirtín became the first recipient of the Allied Irish Banks, Traditional Musician of the Year award at a ceremony in his home town of Galway. The award was to acknowledge the tremendous contribution made by Máirtín to traditional Irish Music and in particular accordion music.

In 2003 Máirtín was invited to compose some music for Dublin's St. Patrick's Festival fireworks display. Needless to say, he found this a wonderful challenge and having looked at the portfolio of the group F fireworks team, featuring their work around the world, he was stunned by the beauty, grandeur and complexity of their displays. His musical response to this is the Rain of Light Fireworks Suite. Also included on the recording are some other compositions of Máirtín's that match the spirit of the occasion. More recent releases include” Spiccato Junction” with the Contempo Quartet along with Garry O Briain and Cathal Hayden, resulting in a delightful confluence of Irish traditional, Rumanian and classical musical and some original compositions. In 2010 Mairtin received an honorary degree from NUI Galway and in 2015 was recipient of the Gradam Ceoil TG4 Traditional Musician of the Year.

Cathal Hayden on fiddle and banjo needs no introduction to anyone even remotely familiar with traditional Irish music. A multiple All-Ireland Championship winner, he achieved world-wide recognition as one of the founder members of Four Men and a Dog. He is one of Ireland’s top fiddlers and his solo banjo performances are quite simply show-stopping.

The musical abilities of Seamie O’Dowd on guitars and vocals have become increasingly familiar at international level in recent years. Rooted deeply in the traditional music of Sligo, he has played in many genres of acoustic and electric music. He toured the world for a number of years with Sligo trad legends Dervish and recently has played both home and abroad with Liam O Flynn, Matt Molloy and Mary Mc Partlan.

Since 2001, the current line up of the Mairtin O’ Connor Band has been steadily evolving into a cohesive musical entity. The three musicians have built a formidable musical relationship over the last few years, gigging together frequently as well as collaborating in the studio. Individually recognised figureheads of the tradition, they have built solid reputations as musicians with astounding skill diversity and virtuosity. Together they produce a vibrant and musically charged experience that redefines one’s concept of brilliance. If this musical powerhouse does not get you to your feet, nothing will!

Playing support to the Martin O Connor Band on the night is guitarist and singer John Tully. John, a Bagenalstown native, is well-known to Kilkenny audiences, with many musical connections throughout the city and county. John studied classical guitar under Tony Lee and Leslie Cassidy and Flute under Catherine Hill and Doreen Groocock at Dublin’s Conservatoire of Music. John has constantly built on this classical foundation adding a keen interest in the writing of Leonard Cohen and Bob Dylan among others, and delivered by a voice which has been described as warm, melodious and emotive. He also composes music and will include a mixture of these, some classical guitar pieces and songs from his favourite writers in a varied set by this talented singer and musician.