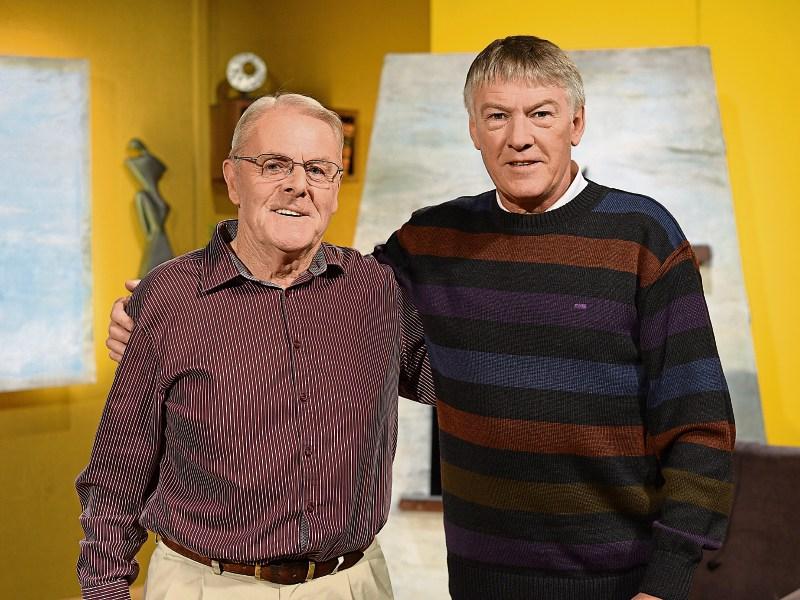 Joe Dunphy, poet, retired primary teacher, historian, fisherman and supporter of many good causes in his native Thomastown is being interviewed on television.

Joe spent 28 years as principal in Ballyhale National School. While there, he taught many well-known hurlers with 18 All-Ireland Medal winners in total, including Henry Shefflin, TJ Reid, and the Fennelly Brothers. Henry Shefflin mentions him in his autobiography as a massive influence on his early career.

Joe had a simple strategy to encourage hurling in school, he started a game at break time on Monday and continued the game until Friday lunchtime. It kept his students interested in coming to school and nurtured their hurling skills at the same time. He credits Kilkenny’s Hurling success to Brian Cody and that the Kilkenny County Board have kept Brian Cody as manager since 1999. Joe is a fluent Irish-speaker and spent many years teaching in Coláiste na Rinne, the Irish-Language Summer College in the Ring Gaeltacht in Co. Waterford.

He is also a poet and a writer, and has published seven books, including ‘My Home Place’ ‘When I Grow Up’, ‘While I think of it’ to great acclaim. He is married to Pim for 57 years.

He is also a keen fisherman on the Nore. Joe recounts his stories on ‘Comhrá’ with Máirtín Tom Sheáinín, Thursday, September 29 at 7.30pm on TG4.