A family of fairies flock to Freshford 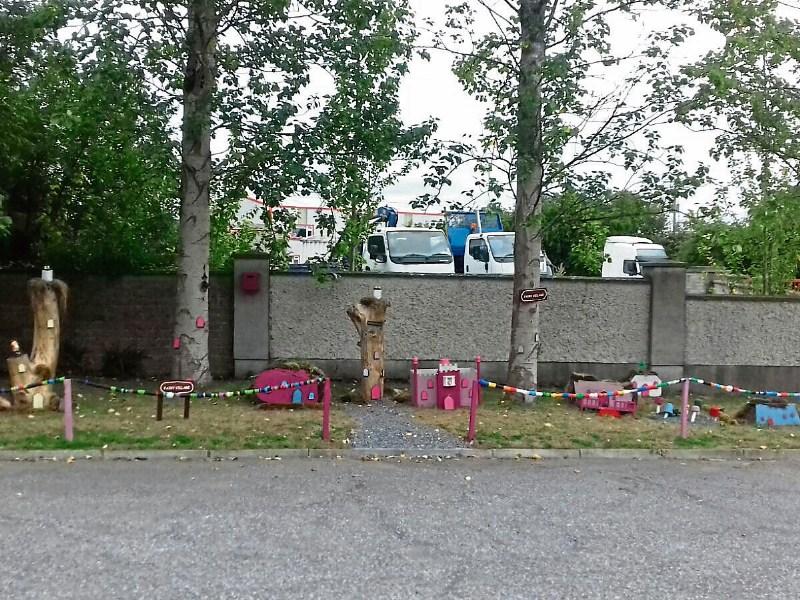 FAIRIES have descended on Freshford after residents helped them build a village – which includes a castle for the head fairy – on the outskirts of the town.

The Fairy Village – as it is called – is home to several hundred of the mystical creatures.

The fairies are a generous sort but are hard to spot. Many children have travelled to the village with their parents to take a picture of the pixies' houses in the hope of catching a glimpse of one of them.

A local girl's tooth fell out and she decided to take it to the fairy village with her parents in recent weeks and she was left €15 by the fairies the next day.

The settlement was developed after planning permission was granted by the Freshford Tidy Town Committee.

The fairies' homes were built by committee members Paddy Moriarty and Joe Morrissey.

Mr Moriarty said they had seen a similar development in Ballingarry in Tipperary and decided to do their own version of a Fairy Village.

He said: “We put our own ideas into it, we didn't copy it. We put more houses in and put in a little castle. Joe made the castle. We made the fence out of bottlecaps.

“Neighbours collected them, we didn't tell them what it was for, and when we had enough we drilled holes in them. The village is up nearly two months.

“A lot of fairies have been seen by kids and a lot of people have taken photos, every kid in Freshford has been up there with their parents to take photos.

“One child had a loose tooth and when it fell out she took it up to the Fairy Village and the fairies left €15 for her.

“We put it up to help out for the Tidy Village competition. We told the rest of the committee that something was going up but didn't say what it was, we wanted to keep it a secret.

“It was two grown men acting as children.”

Freshford Tidy Town has been “up and running” 14 months and Mr Moriarty says there is a big effort being put in by locals.

He says between ten and sixteen people are out working every Wednesday night and two people go out every Monday and Friday to water the flowers.