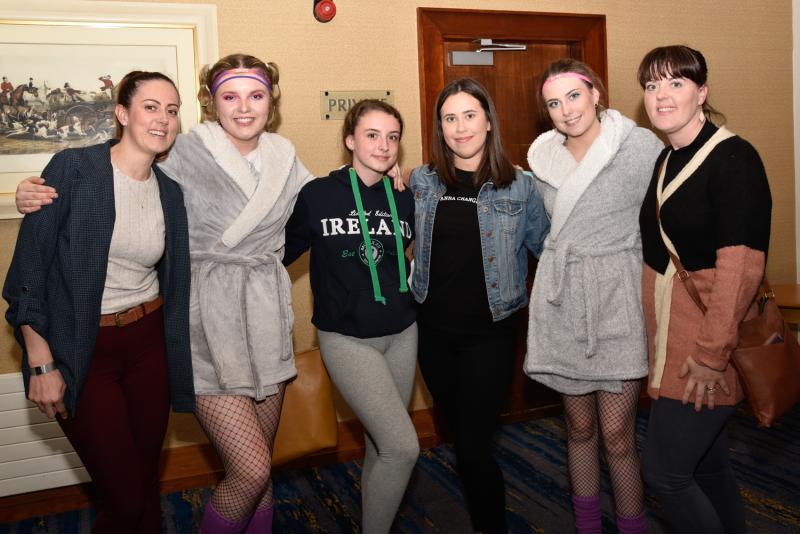 Hard to believe how fast we’re hurtling through 2019!​ Already the end of May is nigh and the elections are closer.​

Once you vote on Friday there are plenty of venues to chill out in and enjoy some of the amazing music spread that’s on offer.​

Local youth group Stagedoor take over the Watergate Theatre. The Stoneyford talent present their variety show One Night Only from 8pm. ​

At the same time in Callan enjoy The Poet and The Songwriter. The talents of Nuala Roche and Kairen Caine will unfold across the evening at Fennelly’s.

Creedence Awakened has a Creedence Clearwater Revival tribute at John Cleere’s Bar and Theatre from 9pm. Catch well-known titles including Fortunate Son, Bad Moon Rising, Have You Ever Seen The Rain and more.

Also from 9pm Kyteler’s Inn has a fitting option for the day that’s in it. The Hujas Election Overload takes place in the beer garden. ​Matt the Miller’s has Athy fourpiece Wildfire from 10pm. The rock and pop covers crew will be followed by DJ Eoin B.​

On Saturday Fairport Convention team up with The 4 of Us at the Watergate Theatre from 8pm. Lisa O’ Neill plays Cleere’s also from 8pm. The Cavan songstress has a unique sound and her support on the night comes from John Francis. While Fennelly’s of Callan hosts a Peaky Blinders themed evening from 8pm.

Expect music and dance while refreshments include teas, coffees, cake and pizza fresh from the venue’s clay oven.
There’s also a prize for best dressed. Entry is €10 and you can snap up a pass in advance from the venue or wait to see if there are any left on the door on the night.

Paul Noonan plays Set Theatre at Langton’s from 8.30pm. It’s a solo set from the songwriter, vocalist and multi-instrumentalist who separately is an integral part of Bell X1.

There’s a double header in the Rhu Glenn Hotel from 9pm. Pat O’ Sullivan will be followed by Stephen Smyth and his band at the Slieverue venue.​ Joe Butler entertains those gathered in the bar at the Home Rule Club.​ While Sean ‘n’ Steve perform at Rafter Dempsey’s from 10pm. ​

Sunday sees legend Paul Watchorn return to Graignamanagh. He’s at Mick Doyle’s Pub with stories from The Dubliners and some great live music from 7pm.​

Then on Tuesday, Celtic Connections give a concert at St Canice’s Cathedral from 3.30pm. The 45-strong orchestra features students aged between 18 and 24, who’ll perform a selection of Irish and Scottish airs among others.

And there’s plenty more to take in across the week and weekend so make sure you check out the rest of the Kilkenny People’s entertainment pages for more suggestions.​