Kilkenny stud farms to open to the public 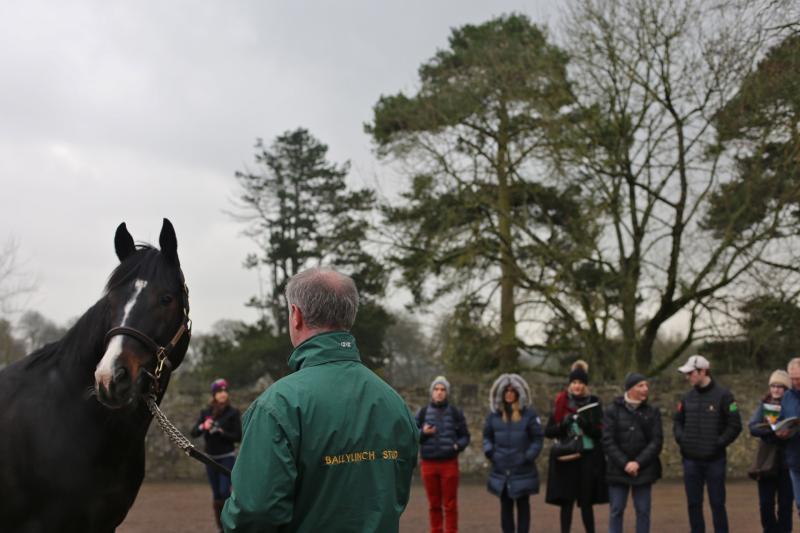 The sire, Lawman poses for Arqana Racing Club at Ballylinch Stud, next to Mount Juliet

Kilkenny-based farms Annshoon Stud, Ballylinch Stud, Knockhouse Stud and Whytemount Stud are among twenty-six stud farms across the country who will open their doors to the public, with some of the top stallions in the world on show over the two days. Carlow-based farms Ballyhane Stud and Burgage Stud will also open as part of the initiative.

In 2017, eight of the top ten sires in Europe by winners stood in Ireland, and visitors will have a chance to see many of these greats up close, as well as view their leading National Hunt counterparts. This is also an opportunity to meet a number of racing heroes, including champion racehorse Sea The Stars (IRE), four-time Ascot Gold Cup hero Yeats (IRE) and top-class Breeders Cup hero Kalanisi (IRE).

Irish Thoroughbred Marketing CEO, Charles O’Neill, said: “We are delighted to have twenty-six stud farms confirmed for the 2018 ITM Irish Stallion Trail, which is a wonderful showcase for Ireland’s top-class stallions, as well as a brilliant way for the public to learn more about our country’s breeding industry.”

Following a record attendance of almost 3,000 attendees in 2017, it is advisable to register early. A full list of participating stud farms and registration is available at www.itm.ie/stalliontrail