Inistioge man puts it up to local TDs and Senator 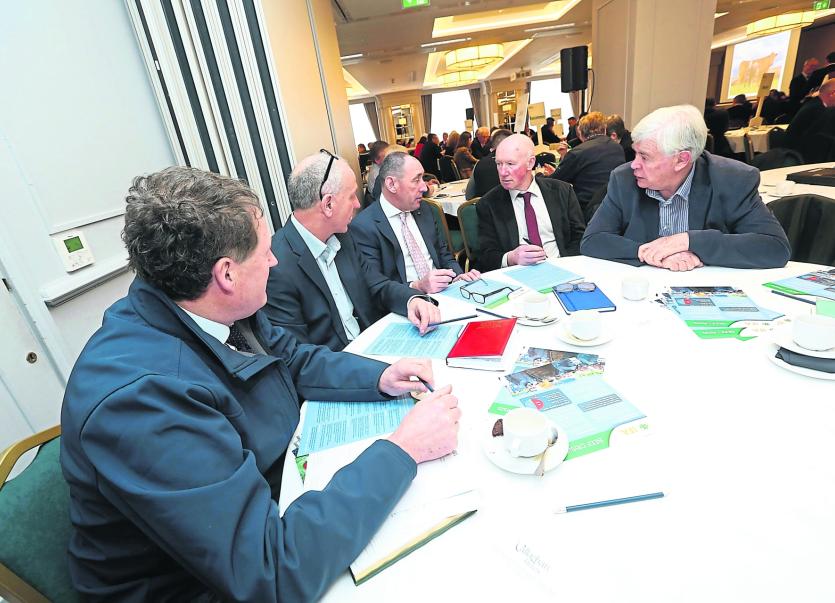 The Inistioge farmer said the IFA estimate the imposition of WTO tariffs in a hard-Brexit will impose a direct cost on the beef sector of €800 million per year.

Mr Murphy said while the Government and other sectors are talking about preparing for Brexit, beef farmers are already counting their losses. Cattle prices are down €100 per head on this time last year.

James Murphy said Brexit uncertainty and the weakness of sterling has already hit hard on beef prices and farm incomes
“The income situation on beef and livestock farms is at crisis point. The latest independent data from Teagasc shows farm incomes are down 16% in 2018 and incomes on cattle are between €10,175 and €15,412,” he said.

IFA representatives from across the country assembled in Dublin and lobbied TD and Senators from their constituencies on the beef crisis.

“Our local representatives must now put the pressure on the Minister for Agriculture to get his act together on this issue before it is too late,” said Mr Murphy.

The IFA presented a detailed set of proposals including an EU Brexit Emergency Support Package to politicians, demanding that the Taoiseach and the Minister for Agriculture Michael Creed take urgent action with the EU Commission to address the Beef and Brexit issues.

Mr Murphy said IFA has requested that for every 5c/kg change on the price, Minister Creed needs to secure €20 per head additional direct payment compensation.

The IFA proposals to Government and the EU Commission include:
An EU Brexit Emergency Support Package involving a comprehensive set of market supports and direct aid for farmers from the EU Commission
EU state aid limitations on members states must be set-aside
Challenge the meat factories to immediately increase prices and prioritise the young bull kill. Increase factory controls on trim, classification and weights.
Strong support for the live export trade to double numbers in 2019 and ensure that no further restrictions are imposed on the trade
Reward quality suckler stock with a significant price premium
Increased funding for suckler to €200 per cow
Insist on an increase in the CAP budget
Continue to resist a damaging Mercosur trade deal
Climate change recommendations which focus on the Teagasc roadmap with no carbon-based production quota.