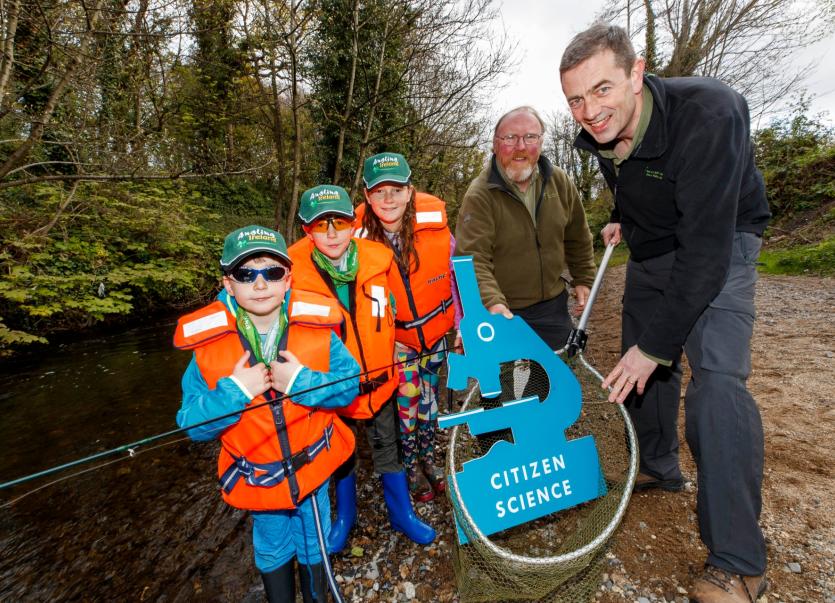 Anglers in Kilkenny who are willing to become citizen scientists are needed for a new National Salmon Scale Project says Sean Canney TD, Minister with responsibility for the Inland Fisheries sector.

Minister Canney said: “As we celebrate International Year of the Salmon, this project will help researchers understand the challenges which salmon are facing today.  The project, which has been initiated by Inland Fisheries Ireland aims to collect vital information through scales taken from salmon and sea trout which are caught in Irish rivers and lakes and will contribute to international efforts to conserve wild salmon”.

Fish scales record the life history of a salmon and one scale can reveal a lot about the lifestyle and behaviour of the fish.  Scales can tell scientists what age the fish is, how many winters it spent at sea, how many times it spawned, how slow or fast it grew, what it ate and how long it spent in the river before it went out to sea.

Scales can also reveal the general feeding area where the salmon travelled to in the ocean, whether it went to the Faroe Islands, the Norwegian Sea or all the way to West Greenland. Scales help scientists to understand the biology and ecology of Irish salmon and sea trout.

As part of the project, anglers in Kilkenny are asked to take a scale sample from a salmon or sea trout by gently scraping and removing approximately 20 fish scales using a clean knife. Anglers are then requested to post their samples to Inland Fisheries Ireland using the sample envelopes which will be made available to them. Scales can be removed from both harvested and catch and release fish. Sampling of fish for release should be handled carefully and fish should be only briefly removed from the water with every effort made to avoid injury or stress while weight should be estimated.

Information from salmon scales is used in setting conservation limits for Irish rivers.  Conservation limits for each river are set based on the proportion of salmon who have spent one winter at sea and those that have spent multiple winters at sea. The ‘conservation limit’ for a river represents the number of spawning salmon required to produce the next generation of salmon and this information helps inform angling regulations and management.  Information from scales on multi sea winter salmon entering rivers in spring is also important for managing individual river stocks.

Dr Paddy Gargan, Senior Research Officer at Inland Fisheries Ireland said: “It is important to have anglers collecting scales as they can provide broad coverage across Ireland and collect scales throughout the fishing season. A scale resource which includes many different river systems in Ireland over several years is a great asset from a research perspective as it allows us to examine the factors affecting salmon survival at sea.  We can compare how factors, such as climate change, are impacting survival by analysing today’s salmon scales alongside those from many decades ago.”

Dr Cathal Gallagher, Head of Research and Development at Inland Fisheries Ireland said: “Ultimately the National Salmon Scale Project will help inform future salmon management policies and activities. It is fitting therefore that we are launching this campaign during International Year of the Salmon which aims to raise awareness of what humans can do to ensure salmon and their habitats are conserved and restored against a backdrop of several environmental pressures. This project offers anglers a very tangible and practical way of playing an active role in salmon conservation.”