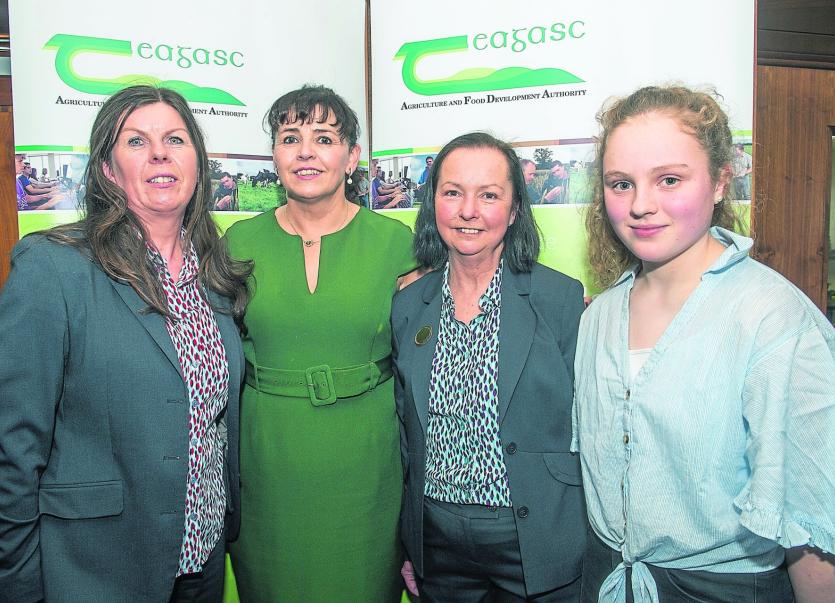 As more and more Kilkenny farmers realise there is more to life than the daily grind of what they do, more and more are looking at once a day (OAD) milking.

Interest in the practice continues to grow and is sometimes considered as an option in situations where labour is in short supply.

The farm layout means that cows have long walks to and from the parlour, or where reducing the number of milkings carried out is attractive from a lifestyle perspective.

To address the issue, Teagasc hosted a very informative conference at the Horse and Jockey Hotel.

Teagasc dairy advisor and organiser of the conference, Brian Hilliard said interest on milking cows once a day for the entire lactation continues to rise each year.

“There is a slow but steady take up of the system as more farmers get the courage to make the change, or adopt it for the first time on non-dairy farms,” he said.

Farmers considering OAD milking are encouraged to prepare well in advance before adopting the practice, by attending conferences like today, going to farm meetings on well-established OAD farms, and by contacting their Teagasc advisor.

British farmer Keith Davis one of the keynote speakers at the conference explained why he operates a Once A Day milking system on his farm.

“We milk OAD because we quickly realised that milking cows was the most profitable enterprise for our farm, after we moved to a grazing based system.

So by milking OAD, we could milk 1,000 cows using every hectare accessible to the dairy buildings, while still using our 32 point rotary milking parlour. To get labour today, it helps to be flexible and to be able to communicate.”

Catherine and Liam Millerick said that they wanted to see if they could get 80-90% of their Twice A Day (TAD) income on OAD.

Once they researched that they could achieve 80-90% farm profitability, in line with the TAD herds, then it was a runner for them.

They needed a new challenge after 34 years of milk quotas.

Going OAD for the Millerick’s was a choice that they made themselves, they did not jump into it because of quota restrictions or long cow walks.

Breeding the suitable cow for OAD, while it took time, was important to success.
Michael O’Donovan and Emer Kennedy have recently started a new research programme on OAD milking in Teagasc Moorepark.

Emer Kennedy presented results from the first full year of the study which will continue for the next number of years.
The results showed that high performance can be achieved from OAD – almost 400 kg milk solids per year were produced by the OAD cows in year 1 of the study.

These cows also had improved fertility and body condition score. One of the key messages was that if a farmer is considering OAD milking they need to have good grassland and herd management skills to minimise reductions in cow production performance.

In a comparison of TAD, robotics and once a day milking, Patrick Gowing, Teagasc dairy expansion advisor, emphasised that when comparing OAD against a robotic milking system, the milking process is less time consuming when robots are used, (40 minutes versus two hours), but it requires significant investment to achieve this.

Therefore OAD is a lower risk option, provided the drop in output is not too excessive, as it requires lower investment levels than a robotic system.