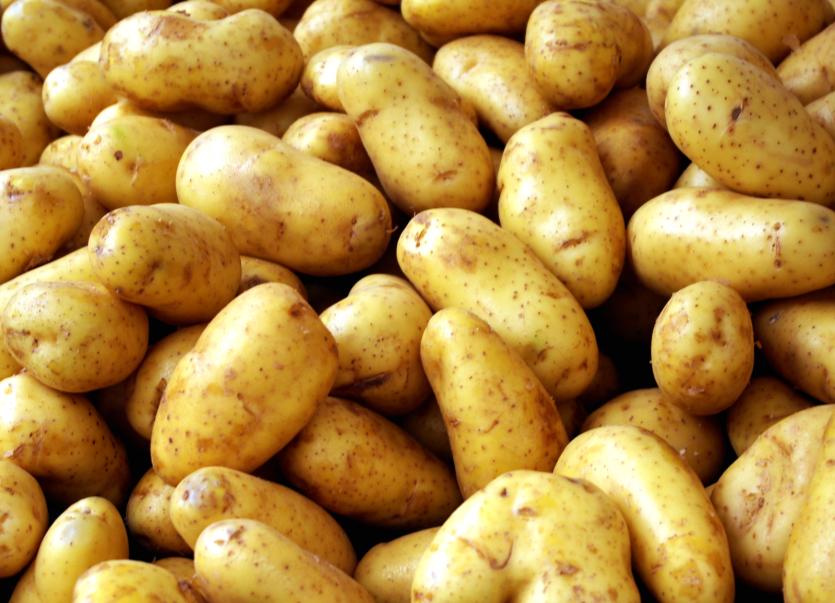 Potatoes were one of the most imported foodstuffs into Ireland

The importation of thousands of tonnes of potatoes and other foods worth billions of euro highlights the need for a greater focus on food sustainability by the next Government according to a Laois TD.

"In 2018 Ireland imported over €9.7 billion in the agri-food sector and €3.6 billion in prepared consumer foods, totalling €13.3 billion.

"The Department specifically excluded details of the prepared consumer food imports from their 2018 annual report. I have now sought this information from the Department. However, regular shoppers will see large quantities of imported foods on supermarket shelves on a daily basis.

“I think many people will be surprised that we have such high imports, in particular of foodstuff much of which can be produced here.

“Everyone is aware that Ireland is a major food exporter, totalling €16.3 billion in 2018 but based on the Department of Agriculture’s own figures, for every €1,000 of exports in the agri-food and prepared consumer food sections, Ireland imports €816 worth of products in the same categories.

“Food security and sustainability must be a priority for the next Government,” concluded Deputy Fleming.