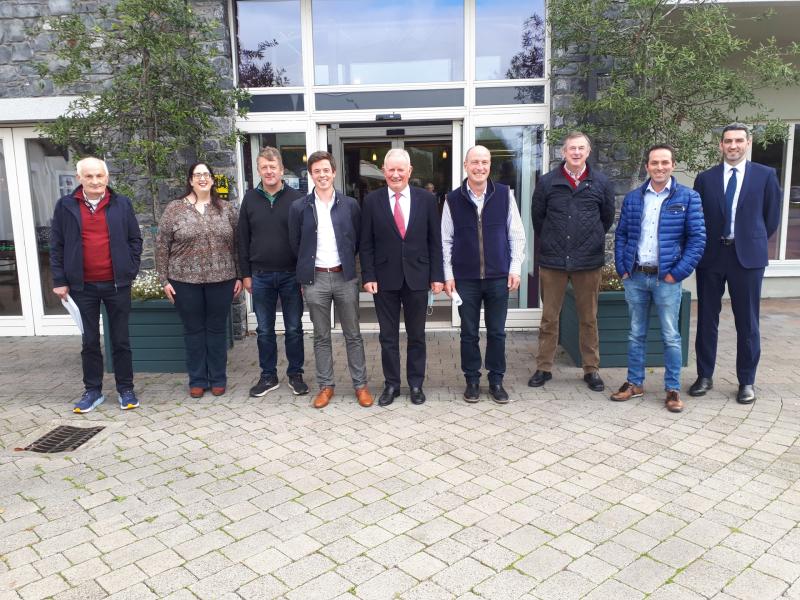 The meeting discussed and agreed on the main priority areas that the IFA HPT will focus on for the 5,000 farm families involved in horse breeding.

The 2021 IFA HPT consists of representatives of both the thoroughbred and sport horse sectors.
A 2017 Deloitte economic report commissioned by Horse Racing Ireland (HRI) showed that 92% of registered thoroughbred breeders in Ireland have five broodmares or less.

The profile is similar in sport horses; a 2017 UCD report into the sector’s economic contribution showed that the mean number of sport horse broodmares per breeder is 2.6.

The vast majority of these horse breeders are farmer breeders involved in farming alongside their equine enterprise.

“IFA seeks to represent all sectors of the farming community. The HPT will work within IFA to influence policymakers to address issues of concern to thoroughbred and sport horse breeders,” said Richard Kennedy.

On the priorities for the HPT, Richard Kennedy, a past chairman of the IFA Dairy Committee and IFA Deputy President 2016 - 2020, said the IFA HPT will seek financial supports for the horse sector through the Targeted Agricultural Modernisation Scheme (TAMS).

“Other sectors currently have access to a 40% grant scheme to assist with infrastructural development on farms, and we want to see the horse sector included in future tranches of TAMS. This is the main priority for the IFA HPR,” he said.

The IFA HPT will focus on other areas in the coming months, engaging with authorities on Brexit implications for the sector, including transporting horses and maintaining and safeguarding the high welfare status of the Irish horse sector.

Through the IFA membership of the EU COPA Horse Working Party currently chaired by HPT member James Murphy and its office in Brussels, IFA will raise horse policy issues at the highest levels in the EU.

The music has stopped - Paddy Byrne, from Graignamanagh, has passed away