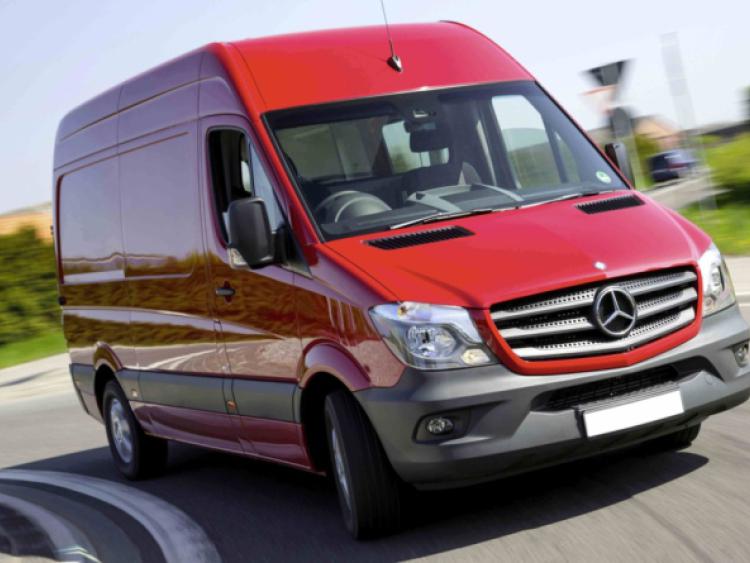 Making its World premiere in any commercial vehicle and available as standard is Crosswind Assist. This new safety element kicks in automatically to help keep the van on course in strong gusting winds.

Other standard features include a number of cabin enhancements and a new-generation radio system with state-of-the-art electronic entertainment features and Bluetooth.

Two other ‘world first’ safety elements in the new Sprinter and available as optional extras are Collision Prevention Assist which sounds an alert if the van comes too close to moving traffic ahead and Blind Spot Assist, which alerts the driver to the presence of other vehicles when changing lane.

Also new are Lane Keeping Assist which warns the driver if the vehicle drifts off course and High Beam Assist which provides optimal illumination of the road ahead.

Externally, the Sprinter has been given a new, even more powerful front end appearance set off by a new, more prominent radiator grille and angular headlights.

Redesigned taillights give it an even cleaner rear end look.

Billed as the first van to meet future Euro VI emissions standards, the performance of its diesel engines remains unchanged with four and six-cylinder units delivering outputs from 95-190 bhp.

Transmission is delivered by an ECO-gear 6-speed manual or G-TRONIC PLUS automatic transmission with lock-up clutch – another world first for vans.

Consumption figures of 6.3-litres per 100km and an extended maintenance interval of up to 60,000km complete the picture.

Meanwhile, Skoda has just produced the 1,500,000th second-generation Skoda Fabia. The jubilee vehicle, a Fabia 1.2 TDI, rolled off the production line at the main factory in Mladá Boleslav.

The current generation Fabia has been available on international markets since 2007. The Skoda Fabia celebrated its sales debut in 1999.

Having sold 3,253,817 first and second generation Fabias to date, the small car is the Czech car manufacturer’s best selling model, after the Skoda Octavia with 3,984,821 sales worldwide.

Skoda auto is the largest manufacturing company in Central Europe for the third time in a row according to the Deloitte CE Top 500 report. The study by Deloitte is the largest of its kind on the Central European economy. Skoda’s current ranking is based on the company’s sales figures from 2012.

Kilkenny dairy farmers missing out on savings of up to €6,400 per year

Kilkenny restaurant's salad dressings to go on sale in Aldi

Spoiled for choice with family home close to Thomastown