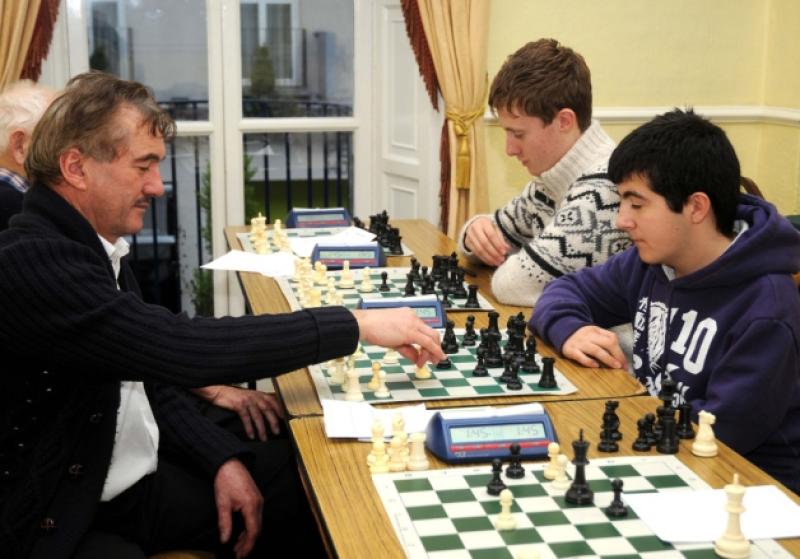 The event took place at the Club House Hotel and Butler House from November 22-24 and saw 190 of the best chess players from around the world take part.

Croatia, Bulgaria, Poland, france, Germany, Holland, England were all represented at the boards as well as a healthy contingent of Irish players.

The tournament has become one of the most popular in Europe and is yet another annual attraction for Noreside tourism.

A large number of supporters showed up to watch the champions being crowned in each of the four divisions- the Masters, the Major, the James Mason and Challengers- and there was plenty of local representation towards the latter ened of the competitions.

John Courtney, Weirview, and Karl McPhillips, Drakelands, battled well in the Masters in a competitive field which included four Grand Masters and three International Masters. The eventual winner in the section was the Bulgarian Krasimir Rusev.

Kilkenny Chess Club are hoping that the tournament will have a positive impact on their already thriving playing numbers. The club plays in the First and Second Division of the Leinster Leagues and new players are always welcome at their club night at the Club House Hotel every Monday.