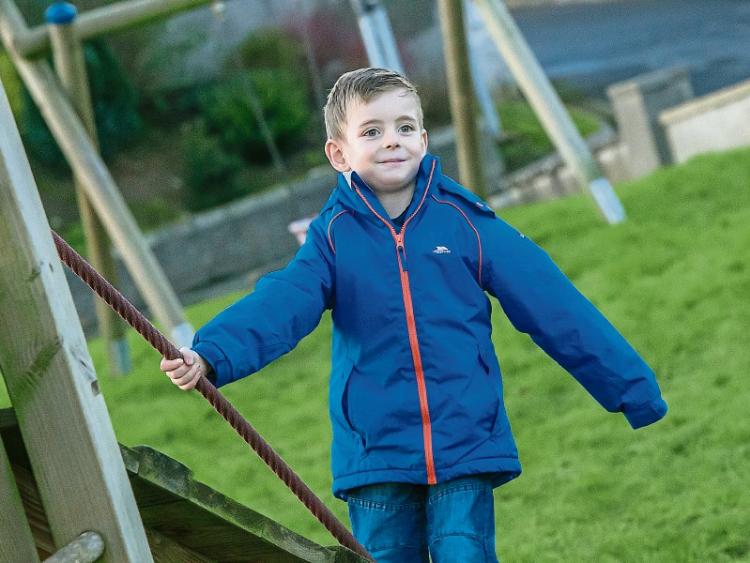 Two Kilkenny mothers have founded an advocacy group to raise awareness around lengthy waiting lists for spinal surgery in children.

Claire Cahill, who lives in Hugginstown and Michelle Long, who lives in Ballycallan recently founded the Scoliosis Network after it was reported that there are over 600 children on a waiting list for orthopaedic surgery at Our Lady’s Children’s Hospital in Crumlin.

The two mothers both have young sons with scoliosis (curvature of the spine).

“My five-year-old son Tommy has scoliosis. I was pregnant when I discovered that he had congenital scoliosis. He was born with a curve in the spine and it progresses as you grow,” said Michelle.

“There is a huge issue with waiting lists and the longer you have to wait the worse the curve can get.

“This can be dangerous with small children as the lungs and heart can become compressed. As the condition worsens there is less lung capacity and their quality of life deteriorates,” she added.

Scoliosis was detected in six-year-old Darragh at the tender age of two and he is now on a waiting list for surgery.

He has been on a waiting list since last August. Prior to this he spent 18 months waiting on a spinal MRI which had to be done before he could start his treatment for scoliosis. His curve progressed from 35-60 degrees.

“It is a treatable condition but you cannot get the treatment in time. It is heartbreaking - our children are missing out of their childhoods,” said his mother Claire.

After numerous previous surgeries Tommy has recently had surgery and had a rod inserted to help straighten and lengthen the back. He receives great support from Enable Ireland but there is no home physio service available to children on discharge from hospital.

“Although Tommys surgery went well he will require further surgery and will find himself once again on a waiting list,” said his Mum, Michelle.

There are currently over 200 children on the spinal surgery waiting list. Many of them are in a critical condition and a group of surgeons have founded a charity, Straight Ahead which offers a limited amount of free orthopaedic surgery to those most in need.

The Scoliosis Network offers support and advice to parents of children with scoliosis and raises awareness of the need for cuts to waiting lists. Both women are keen to point out that they are campaigning on behalf of all families affected by the condition in the hope that services will improve.

“Every month and year they are waiting their lung function is decreasing and this is time that our children cannot get back.

“The public system is failing our children and there is no other option (there are no orthopaedic services for children in private hospitals).

“This is a massive issue for parents of children with scoliosis and causes stress and worry. It feels like we are constantly facing a brick wall,” she added.

On a recent visit to Kilkenny Minister for Health Leo Varadkar met with Claire and Michelle.

They outlined the urgent need for a new orthopaedic theatre at the Children's Hospital (which is due to be completed next month) stressing that 'it must be open, staffed and functional from day one. The need for extra consultants, resources, beds, nurses and support staff was also outlined to the Minister.

“We spoke about our fears that although the theatre will open it will not make a difference unless fully supported. Recruitment of the extra staff needs to be funded and set in motion now.

“The Minister assured us that the opening of the new theatre was also his top priority. He acknowledged that there are some ongoing issues regarding a shortage of nursing staff,” they said.

Other areas highlighted with the Minister included increasing the number of suitable children who would be able to travel to the UK for surgery.

The Minister spoke about the commitment of the current government and their spending to date on the theatre, the use of The Blackrock Clinic as a means to reduce lists and transferring of patients to the UK for treatment.

Delays in surgery can cause a multitude of problems for children including increased deformity in the growing child, leading to more complex and difficult surgeries, increased blood transfusion requirements and longer recovery times.

A coffee morning will take place on February 3 at 10.30am in the Newpark Hotel and all are welcome.