The new Focus is on the way 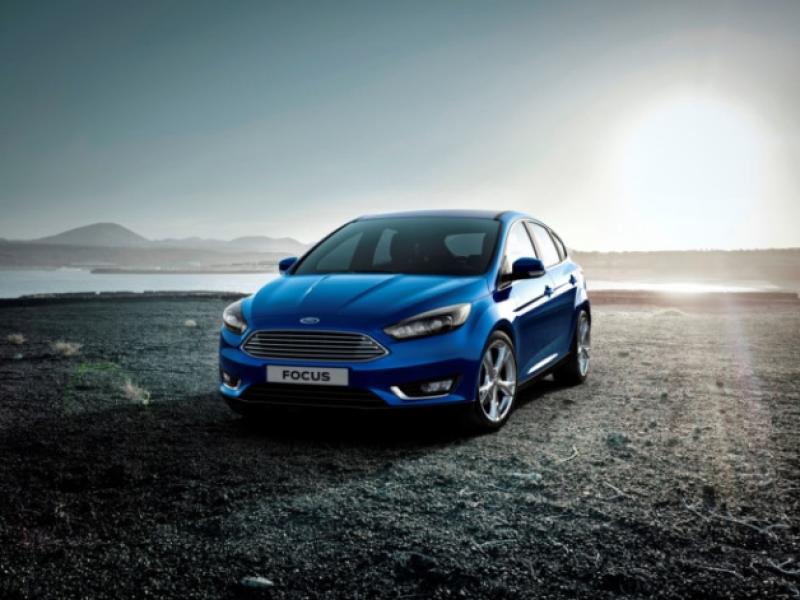 Ford unveiled the new Focus that goes on sale in the second half of 2014; the new Mustang that arrives in Europe in 2015 and new Edge Concept at the Geneva Motor Show.

Ford unveiled the new Focus that goes on sale in the second half of 2014; the new Mustang that arrives in Europe in 2015 and new Edge Concept at the Geneva Motor Show.

They are among more than 25 new vehicles Ford is launching over five years.

The Focus (pictured right), with its bolder, more emotive exterior design and finely crafted new interior is the first Ford to offer Perpendicular Parking, a new hands-free parking technology that helps drivers reverse into spaces alongside other cars.

As well there is Cross Traffic Alert, which warns drivers reversing out of a parking space of vehicles that may soon be crossing behind them; and Park-Out Assist, which helps drivers as they exit a parallel parking space.

Sporty character and driving appeal are reinforced with a horizontal grille design and a cockpit-inspired interior.

The new Focus also will be the first Ford in Europe to offer an improved version of the Active City Stop collision avoidance system, enhanced to operate at speeds of up to 50 km/h.

It will also feature Pre-Collision Assist, which works in a similar way to Active City Stop but with a much greater vehicle detection range to support the driver at higher speeds.

Ford’s MyKey technology also is introduced to the new Focus for the first time.

The new Ford Mustang is confirmed to go on sale in Europe for the first time after almost 50 years of production, promising world-class levels of performance while embracing the Mustang’s heritage and status as a nine million-selling global icon.

New Mustang fastback and convertible models will be available in Europe. Both will deliver clean-sheet design that retains key design elements of the classic Mustangs recognisable to car fans across Europe and the world.

The new Ford Edge Concept gives a strong indication of the technology, design and craftsmanship direction of the company’s new large SUV for Europe.

Advanced, automated driving technologies include a prototype remote-operated parking feature that could be operated from inside or outside the vehicle and obstacle avoidance systems currently under development by Ford.

Simply pushing the voice control button and saying “I’m hungry” will bring up a list of local restaurants, while navigation destinations can be entered by saying the full address at once.