Wait for it, the dashing RCZ R 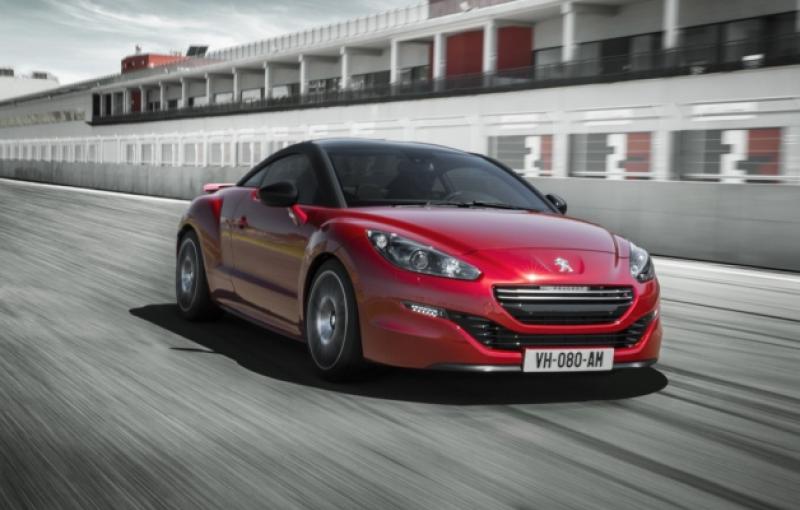 The eagerly anticipated Peugeot RCZ R, to be launched in January, will be the most powerful road-going car the brand has ever sold.

The eagerly anticipated Peugeot RCZ R, to be launched in January, will be the most powerful road-going car the brand has ever sold.

Inspired by the Peugeot RCZ Racing Cup track car, the new range-topping two-seater sports coupé is powered by a 1.6-litre THP turbocharged petrol engine developing 270bhp. At its heart is a vast range of mechanical upgrades that will guarantee a thrilling drive.

The RCZ R is a Peugeot like no other. Its exceptional performance and agility are the result of countless hours of bespoke development and attention to detail, followed by validation on and off the track with Peugeot Sport’s experienced test drivers.

The RCZ R has the aggression of a lion at its heart, measured at more than two seconds per kilometre quicker than the 200bhp car at the famous Nürburgring test track.

The result is a sports coupé par excellence, a performance car with outstanding acceleration, braking and cornering stability. While many rivals rely on 2.0-litre units for performance, Peugeot opted to downsize to a 1.6-litre capacity.

With 270bhp, it is almost identical in output to the Racing Cup car and with nearly 170bhp per litre, sets a record for specific power in the category.

It will sprint from 0-100kph in just 5.9 seconds and accelerate on to an electronically limited top speed of 250kph. Maximum power is at 6,000rpm and maximum torque of 330Nm is at 1,900rpm to 5,500rpm, yet it meets the stringent Euro 6 emissions standard.

Despite the car’s performance credentials, environmental concerns were always at the heart of powerplant development. With CO2 emissions of only 145g/km and fuel economy of 6.3l/100km (44.8mpg) on the Combined Drive Cycle, it leaves class rivals trailing in its wake.

Since its launch in 2010, the RCZ 1.6 petrol version in the range boasted a power output of 200bhp. The RCZ R 270hp represents a considerable boost in power and to harness this and create a dynamic experience to rival the best-in-class, engineers at Peugeot Sport in Paris have reworked almost every component behind the car’s iconic lines.

The block has been reinforced by a specific heat treatment prior to machining to improve durability. New forged pistons with a compression ratio of 9.2:1 were developed by Mahle Motorsport and use a grade of aluminium found in Formula One.

The con rods have been engineered to withstand continued use at high engine speeds and the uprated bearings, making their world debut on a road car, are covered with a polymer coating that can withstand higher cylinder pressures.

Also new is a specially strengthened 6-speed manual transmission, uprated clutch, larger intercooler and new twin-scroll turbocharger. The exhaust has also been modified; linked to the draw of the engine’s air intake, it features an enhanced ‘sound system’ to amplify the sporting character of the new RCZ R’s engine.

A Torsen® differential has been added to the car’s specification to provide additional grip. The front and rear track have been widened to boost traction. Other upgrades include revised dampers settings, increased stiffness in the springs and anti-roll bar.

Aerodynamic efficiency and high-speed stability have been improved, thanks to a new fixed boot spoiler which aids rear downforce.

Discs with a diameter of 380mm and thickness of 32mm are mounted on an aluminium hub, contributing to increased weight-saving and cooling. They are shod in Goodyear Eagle F1 Asymmetric 235/40 R19 tyres for outstanding road-holding.

The RCZ R made its international debut at the Goodwood Festival of Speed last July and was formally revealed at the Frankfurt Motor Show in September. The RCZ R will be launched across Europe from January 2014 and expected annual production is estimated at 3,000 units. The Irish market will be announced later, when the order book opens.