What’s on the way from Merc 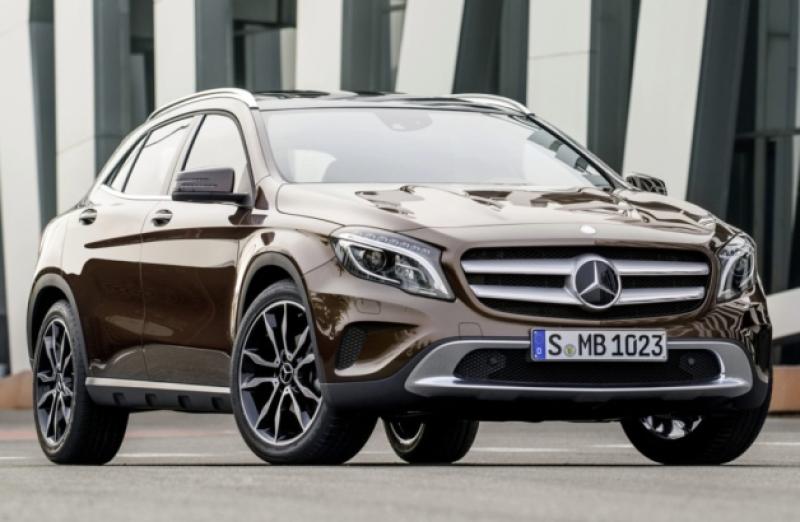 Mercedes Benz have outlined their plans for model changes and introductions during 2014. With new models the prices, specifications, arrival sequencing and model line-ups will be announced later.

Mercedes Benz have outlined their plans for model changes and introductions during 2014. With new models the prices, specifications, arrival sequencing and model line-ups will be announced later.

From January, the C-Class saloon comes branded as Edition C. Equipped with a range of AMG enhancements, it carries a range of extras worth some €4,500 which will be added without any price increase. These include AMG body styling in front and rear aprons and side sill panels on Avantgarde models.

New year highlight will be the arrival of the CLA 200 details of which have already been announced.

February/March will see the launch here of the all-new GLA Class. Built on the same A-Class and CLA-Class platform, the compact SUV will take its place alongside its more established off-road siblings of which the ML is best known. With its muscular styling, the GLA will add off-road appeal and capability to the newly derived A-Class and CLA-Class stable. Things to watch for will be its rugged appearance set off by a power domed bonnet, dropping roofline and towering 20” wheels (optionsl). As with the A-Class and CLA before it, the GLA will be offered in a choice of petrol and diesel engines with transmission that includes the proven Mercedes-Benz 4-Matic all-wheel-drive system.

In Summer, on a date yet to be decided, the market for Mercedes-Benz will receive another major boost with the introduction of the new C-Class range.

Later next year - around the third quarter - the new S-Class range will be expanded with the arrival here of the new S-Coupe.

Meanwhile, a new direct passenger car ferry service linking Dublin with the French port of Cherbourg is being introduced by Irish Ferries with the first sailing departing from Dublin on Saturday, January 18. The once-weekly, year round service – which the company’s head of passenger sales Dermot Merrigan says “will bring the European motorways directly into the heart of our capital city” – will depart from Dublin every Saturday (15.30) arriving into Cherbourg next morning (11.30).

Return sailings will depart Cherbourg each Sunday (17.00) with early arrival back in Dublin on Monday morning (11.00). The new route will be operated by the passenger car and freight ferry vessel MV Epsilon which Irish Ferries has recently secured under a charter arrangement.

On its new Dublin to Cherbourg route, Irish Ferries will provide a third route option, augmenting the company’s long-established services from Rosslare to Cherbourg and Rosslare to Roscoff. Sure to be popular with families and holidaymakers alike, this new direct service from Dublin is timed to arrive in Cherbourg early enough to facilitate easy onward travel to campsites and holiday centres throughout France.

With the introduction of the Epsilon and their new route from Dublin to Cherbourg, the intention on the part of Irish Ferries is to provide an economy-style service distinctly different from that operated by their cruise ferry Oscar Wilde which will continue to service routes from Rosslare to Cherbourg and Rosslare to Roscoff as before. Because of the more limited range of cabins and passenger attractions on board the Epsilon when compared to the Oscar Wilde, Irish Ferries is seizing the opportunity to offer customers lower fares and an even broader choice of route options. In this way, the company is extending the appeal of a motoring holiday in France to an even wider segment of the market. The Epsilon has capacity for 500 passengers. Economy style facilities on board include a bar, cafeteria, self-service restaurant, two and four berth cabins, free wi-fi service and 2,860 lane metres of vehicle deck parking space.