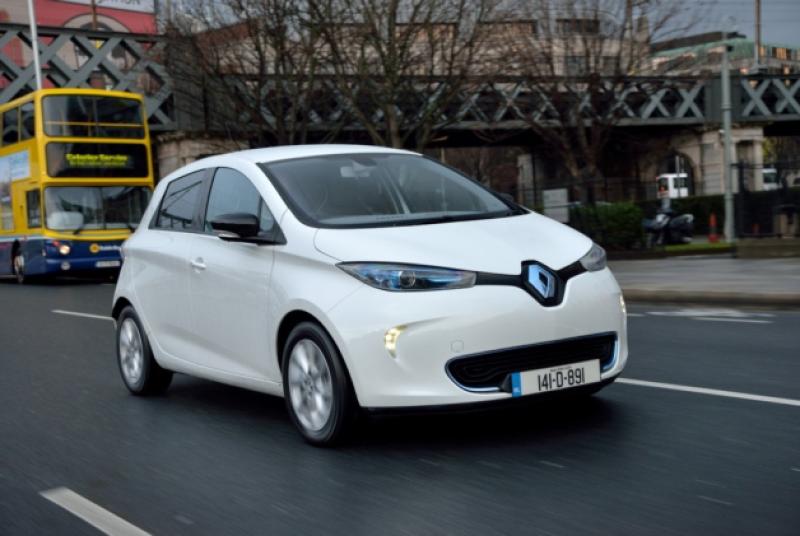 The Zoe, Renault’s first bespoke 100% electric car, has arrived in Ireland. It has the longest range of any generalist electric vehicle with an NEDC cycle figure of up to 210 kilometres.

The Zoe, Renault’s first bespoke 100% electric car, has arrived in Ireland. It has the longest range of any generalist electric vehicle with an NEDC cycle figure of up to 210 kilometres.

According to Euro Ncap it is the best supermini (including all cars) of all those evaluated last year in terms of safety performance. This accolade, which came on top of the maximum 5-star rating achieved last year, stands out as further reassurance for potential customers.

With an NEDC homologated range of up to 210 klm and a price tag from €17,490, Zoe is the first affordable car for everyday use to have been designed from the ground up as an electric vehicle.

Zoe comes in the wake of the Fluence ZE saloon, award winning Kangoo van ZE and the urban runabout Twizy to make zero emission mobility a reality for ordinary motorists.

“Zoe will be the spearhead of the Renault ZE range,” said Lynne Bouchere, marketing manager Renault Ireland. “It heralds the beginning of a new era of electric mobility.”

Zoe is available in three trim levels – Expression, Dynamique Zen and Dynamique Intens. It is the first supermini to be equipped with ‘Range OptimiZEr’ which combines three major innovations (new-generation regenerative braking, a heat pump and Michelin EnergyTM E-V tyres).

Zoe has the longest range of the electric vehicles in mass production. The range of 210 klm is a reference figure, Renault remind, and the owner will generally achieve around 100 klm in cold weather and around 150 klm in temperate conditions.

Zoe is the only electric vehicle to feature the Chameleon charger. Patented by Renault, this charger is compatible with all power levels up to 43kW. Charging batteries at a charging station can take between 30 minutes and nine hours, with 80% of full battery power able to be achieved within 30 minutes using a single type of connection for the car.

Zoe will charge to 80% capacity in circa one hour. Ireland’s public charging infrastructure is primarily 22kWh and there are almost 600 charge points nationwide.

The battery hire contract includes a battery performance guarantee, whereby if its operation falls below 75% of its original capacity, it will simply be repaired or replaced, regardless of car age or mileage.

Zoe is equipped with the new multimedia system, Renault R-Link, which features a 7” display, steering wheel-mounted controls and voice recognition.

The synchronous electric motor with rotor coil has a power output of 65kW (equivalent to 88hp) and instantly delivers maximum torque of 220Nm. Acceleration and pull-away are responsive from low speeds. The top speed is limited to 135 km/h. Driving is more relaxing thanks to the silent ride and smooth, gearshift-free acceleration.