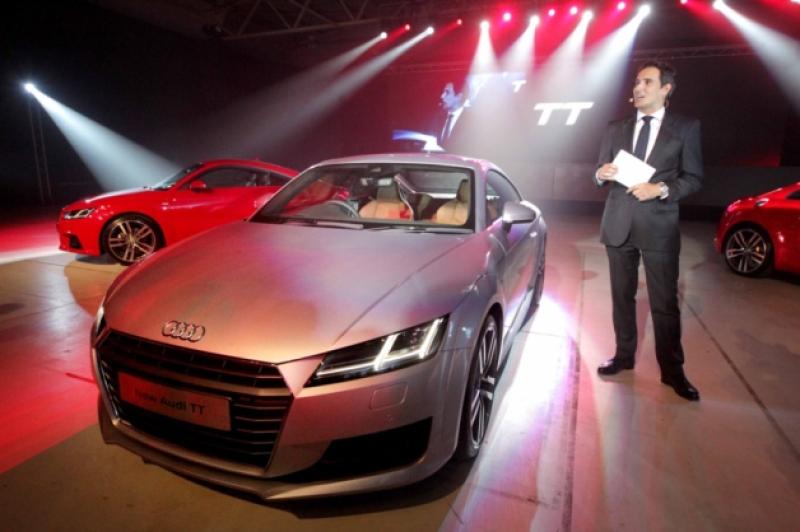 The number of new cars registered in Kilkenny on the first day of the latest half year registration plate doubled compared with this time last year.

The number of new cars registered in Kilkenny on the first day of the latest half year registration plate doubled compared with this time last year.

In all, 64 new cars were registered on Tuesday of last week in Kilkenny on the first day of the new 142 registration plate. This compares to 32 on the first day in 2013, a sign, the industry believes, that buyers are seriously interested in the two plates per year scheme.

Nationally, 4,264 new cars were sold on the first day of the 142 plate. SIMI had previously outlined its hopes that more than 4,000 cars would be registered in the first week of the new 142 year.

Director General of SIMI, Alan Nolan said they knew that the Tuesday was going to be one of the busiest days of the year for car sales, but they didn’t expect such a good start compared to last year, which was the first year for the new split-registration plate.

“In fact, the first day has turned out to be the highest day for new car registrations this year and nobody expected that,” Mr Nolan admitted.

“Although it has to be put in the context that we are starting from a low base, it is clear that an increasing number of consumers are returning to the market. Dealers are currently competing for customers with strong new car offers and a wider range of finance options.

“It’s evident that consumers are seeing the benefit of the new mid-year registration period. Overall, it is a sign that we’re seeing an improvement in the economy.”

The 4,264 new cars registered compares to 1,924 on the first day last year. SIMI had previously outlined its hopes that more than 4,000 cars would be registered in the first week of the new 142 year.

Meanwhile, the all new Audi TT (pictured) was shown off last week in advance of its much-anticipated launch in Ireland later this year.

The new TT boasts real sports credentials. Not only is it 50kg lighter than the second generation, it also boasts a lower centre of gravity and driving position. It is lighter than competition with lower fuel consumption and possesses improved driving dynamics with better handling. The revised quattro® all-wheel drive system delivers greater high speed stability and traction.

At launch the new TT and TTS will be available with three four-cylinder engines featuring turbocharging and direct injection. Their power outputs range from 184PS to 310PS.

The two TFSI petrol engines and the TDI combine plentiful power with trailblazing efficiency, and all feature a start-stop system as standard.

The most popular engine choice in Ireland will be the 2.0 TDI, which is equipped with a manual gearbox and front-wheel drive. Helped by a strong torque peak of 380 Nm, this new sports car can accelerate from 0 to 100kmph in 7.2 seconds and reach a top speed of 234kmph, yet is also good for up to 4.2L/100kms (combined), which translates into CO2 emissions of 110 g/km, a new record low level in the sports car world.