Mercedes drive for a wider audience 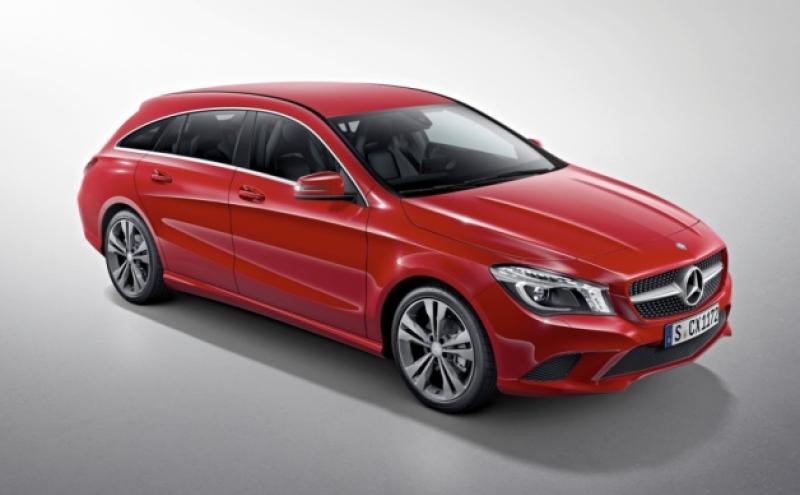 The diverse nature of the Mercedes-Benz range is reflected in two new models just launched – the luxurious V-Class people carrier and the sporty CLA Shooting Brake.

The diverse nature of the Mercedes-Benz range is reflected in two new models just launched – the luxurious V-Class people carrier and the sporty CLA Shooting Brake.

With seating for up to eight people and oodles of room inside for passengers and cargo, the V-Class is a true multi-purpose vehicle.

Factor in the bonus of additional rooftop space for boxes and racking and its appeal to a wide cross-section of owners is apparent.

Thanks to its up-market specifications, it commands an important niche in the airport, hotel and conference shuttle market and as VIP transport at film premiers and concert venues.

Other applications have seen it used in school coach, health transfer and mobile office scenarios.

Besides its interior spaciousness, attention focuses on the versatility of its seating layout. Choice consists of two rows of two individual rear seats (with armrests) or two rows of two/three person bench seats.

All seats are foldable, and can be easily clipped-in/out when creating extra carrying space. To facilitate face-to-face contact, seats can be arranged into a fore/aft layout with swivel adjustment to accommodate a folding table.

Delivering what Mercedes-Benz claims is ‘six-cylinder performance with four-cylinder fuel consumption’ (down by up to 28% compared to its predecessor), the range comprises a V200 CDI automatic (€52,390, ex-works) to be followed by a V220 CDI Avantgarde automatic and a Euro 6 compliant V250 BlueTEC Avantgarde Automatic.

The new 5-door Mercedes-Benz CLA Shooting Brake, which arrives on the market here at prices from €31,490 (ex works), is aimed at younger drivers who may not have considered estate car ownership previously.

Styled as a coupé, but with all of the functional attributes of an estate, it has a visual appeal that echoes that of the larger CLS Shooting Brake.

Outside the family appearance is evident. Viewed from the front, its long domed bonnet, diamond radiator grille and large inset star, combine to give it a sporty posture.

Sleek frameless windows, a sweeping body line and sloping roof direct the eye to the rear where a robust bumper, twin exhausts, wide opening tailgate and stylish lights cluster are the dominant elements

Inside, headroom is 4cms higher than in the normal four-door version. Load compartment capacity extends from 495 to 1,354 litres.

Other interior features include a three-spoke steering wheel, 7” freestanding screen in high gloss piano finish, and an instrument panel with five round vents. In addition to the entry-level version, it will be available in two additional equipment lines - Urban and AMG.

An array of safety features includes the much-acclaimed Attention Assist drowsiness detection system and Collision Prevention Assist – an autonomous braking system that triggers when a risk of collision is detected.

Ciaran Allen, sales manager for Mercedes-Benz passenger cars said that consistent with their drive to compete in all segments, the V-Class and CLA Shooting Brake combine attractive prices, top-end specifications, luxury and refinement in a way the company believes will attract an even wider cross-section of owners to the brand.