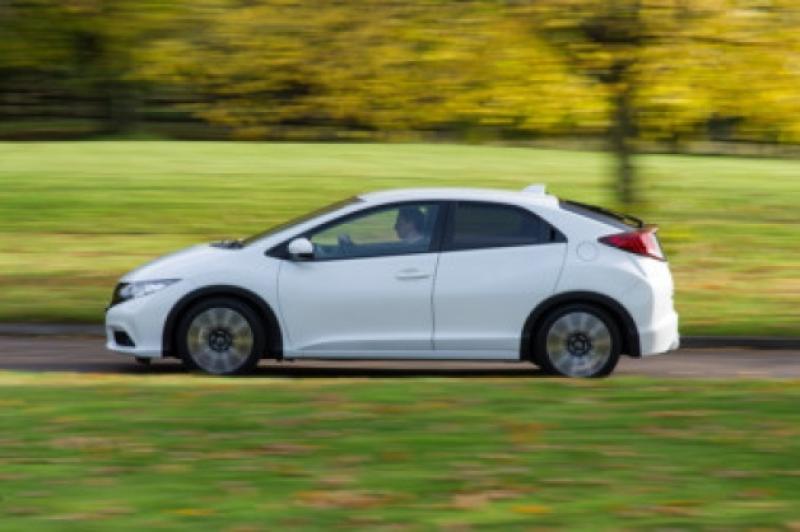 The Honda Civic is a finalist in the Motorcheck.ie Fleet Car Awards 2014. Now in their third year, the awards are Ireland’s only extensive car awards programme for the corporate sector.

The Honda Civic is a finalist in the Motorcheck.ie Fleet Car Awards 2014. Now in their third year, the awards are Ireland’s only extensive car awards programme for the corporate sector.

The finalists will battle for one of eight category award wins to be announced at a ceremony in May.

The Civic made the cut under the criteria set out by the judging panel, including driving performance and fuel economy, quality feel and finish, equipment levels, residuals and aftersales support.

As a finalist, the Civic will go head-to-head over a two day appraisal programme which will examine and test each vehicle from performance, financial and practicality perspectives.

Honda’s Civic has already been recognised for its strong fleet credentials, with the Civic 1.6 i-DTEC scooping the award for ‘Best SME Company Car to Buy’ at the second annual Business Car Manager ‘SME Company Car of the Year Awards’.

Emmet Kavanagh, marketing manager of Universal Honda Ltd said the quality, reliability and resale value of Honda vehicles has always been second to none.

“Now with the new ‘Earth Dreams Technology’ diesel engines, Honda are leading the way for real-world fuel efficiency and cost of ownership,” he added.

The Civic retails from €21,895. It is available with the new 1.6 i-DTEC diesel, which offers class-leading fuel economy and performance, emitting only 94 g/km of CO2 with a powerful 120PS for annual road tax of €180. The engine is the first to be launched in Europe under Honda’s flagship Earth Dreams Technology environmental programme.

Seat will bring its own compact SUV to the market here in 2016. The announcement is a significant development for Seat and allows them to enter one of the largest and fastest growing car segments in Europe.

The SUV segment in Europe represents close to one million cars per annum in terms of sales. It is a sector which has grown by more than 40% in the last five years.

Seat’s move into the SUV market highlights the company’s consistent commitment to product development which to date has ensured sustained growth. Already this year, Seat has unveiled the all new Leon Sports Tourer and the Leon Cupra.

Cian O’Brien, director Seat Ireland said this was another serious breakthrough and underlines the brand’s determination.

“The SUV is an integral part of our future strategy and will be a major step forward towards achieving sustained profitability,” he added.

This success has continued with Seat beginning 2014 with a 20% increase in year on year sales.