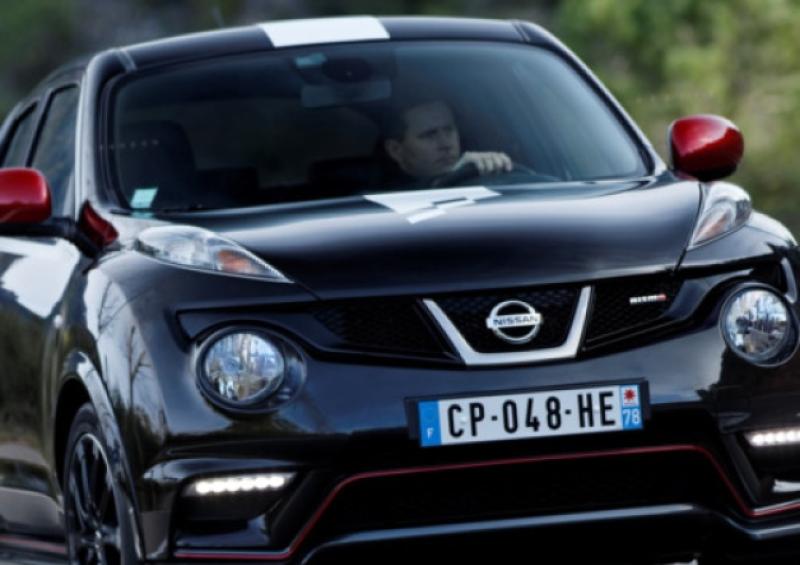 Best thing is probably to introduce the car first! It is the Nissan Juke Nismo. In terms of style and drive the Nismo is a fusion of the original Juke with lots of enhancing visual features and driving technology that all combine to transform your regular car into a really cool looking and performing hot hatch, writes John Knox.

Best thing is probably to introduce the car first! It is the Nissan Juke Nismo. In terms of style and drive the Nismo is a fusion of the original Juke with lots of enhancing visual features and driving technology that all combine to transform your regular car into a really cool looking and performing hot hatch, writes John Knox.

That is a casual, all embracing way to introduce the Juke Nismo, which is the first in a string of performance cars coming our way from Nissan that will bear the Nismo badge. It is similar to Ford with the Fiesta ST and VW and Peugeot with their GTi emblems that bring the promise of performance.

The starting point in developing the first Nismo model was the standard Juke’s radical design, with its distinctive blend of sports coupe lines and SUV styling. Nissan drew on its decades of experience in motorsport to produce the Juke Nismo, which is a car bred to perform.

Sure, the visuals like lower front and rear bumpers, wider wings and sill side skirts, modified grille and tailgate spoiler to better control airflow, can’t miss 18” black alloy wheel and, of course, wine door mirror caps (on test car) all shout the message that what you are looking at is no ordinary version of the Juke, a former Continental Irish car of the year.

These are trademark design cues that will be seen on future Nismo models. Nissan want Nismo to have instant association with ‘premium, feeling special, engaging and being excited about driving’.

The Nismo version will be produced alongside the normal Juke at the factory in Sunderland. There are two offerings – a 1.6-litre petrol, 6-speed manual front wheel drive and a similar engine offering all wheel drive mated to Nissan’s CVT.

I have to say I had real fun driving the Juke Nismo. It left me with the feeling that the people who designed and developed it want fun to be an integral part of the daily driving experience.

Under the bonnet you have a 197bhp turbo charged unit ready to blast into action. The redesign gives Nismo 37% more downforce than the base car, and with an electric steering system calibrated to be tighter at speeds, the drive is solid, sure and consistent with a most assured feeling at the ’wheel.

The figures say Nismo can blast from zero to 100kph in 7.8 seconds (top speed 215kph) and I am sure it can. It raised the hairs on the back of the neck for me when asked to blast along, all the time maintaining a sure balance and absolute composure.

Actually, the more you push and the more you expect from the car when driving the better the dynamics and road holding. The springs and dampers are 10% stiffer all round. Nismo reveals more of itself the greater the push.

If you want to give the granny a driving thrill, perhaps this is the car to do it in.

And you can have fun at the other end of the scale too. There are three diving modes – Normal, Sport or Eco. Options one and two are self explanatory.

In the Eco mode I found there was a ‘hold back’ feel to the drive, but here it was interesting watching the monitor on the dash’ as I earned three and four stars for economy driving – driving at 100kph or so – without much bother, and now and then the 5-star mark was attained.

This is probably the antithesis to what the vast majority of people would want to be doing in the Nismo, but for me it proved that Nissan looked after the complete package, top to bottom; fuel burner to saver.

The test car was black with attractive wine door mirror caps and wine strips running along the skirt beneath the doors and across the front bumper. The Nismo signature!

The wine/black theme is continued in the sporty cabin and is featured on the starter button, dials, stitching on the Alcantara trimmed seating and even on a line on the steering’ that denotes the top dead centre.

There are two information screens in the dash’, the top one featuring the radio/satellite navigation system and the lower one the rev counter and so forth. This is an interesting start by Nissan to the Nismo family. We are already looking forward to meeting other members of the family.