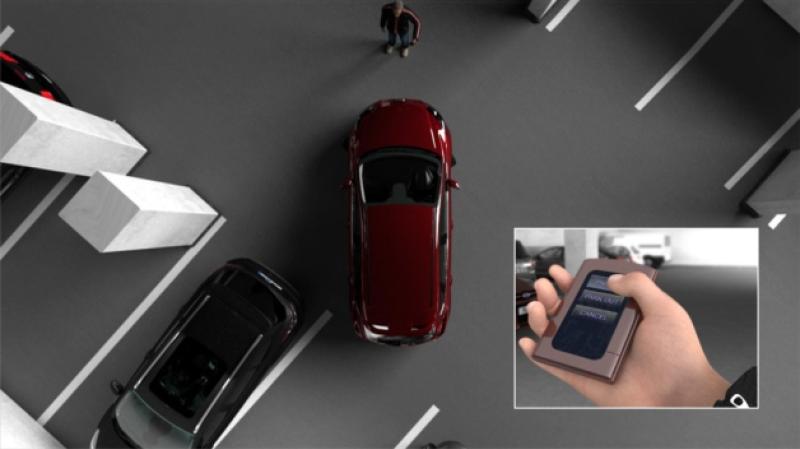 Ford have developed next generation parking technology that enables drivers to park at the touch of a button from inside or outside their car.

Ford have developed next generation parking technology that enables drivers to park at the touch of a button from inside or outside their car.

They have also developed a prototype system that uses automatic steering and braking to avoid collisions with vehicles or pedestrians.

This latest technology controls steering, gear selection and forward and reverse motion to facilitate push-button parking that can even be operated by remote control (see picture).

Ford has also revealed Obstacle Avoidance technology developed as part of a Ford-led and European-funded research project. Ford’s Obstacle Avoidance-equipped Focus test vehicle issues warnings first if it detects slow-moving objects, stationary obstacles or pedestrians in the same lane ahead. If the driver fails to steer or brake following warnings the system will automatically steer and brake to avoid a collision.

Ford revealed the two new research technologies alongside forthcoming vehicles and features, including:

* Focus Electric, C-MAX Energi plug-in hybrid and Mondeo Hybrid cars that will, by the end of 2014, offer customers a full range of electrified vehicles

* Ford SYNC with AppLink. Spotify, TomTom navigation and Hotels.com are among voice-activated apps which will enable drivers to stay connected on the move, and keep their eyes on the road and their hands on the wheel

Further Ford technologies on show at Ford Futures, that takes place as Ford celebrates the 100th anniversary of its moving assembly line, include - MyKey technology, which enables parents to place restrictions on younger drivers to promote safety; Ford SYNC with Emergency Assistance, which can alert emergency services to an accident in 26 languages.