Handsome Beetle would be easy car to live with 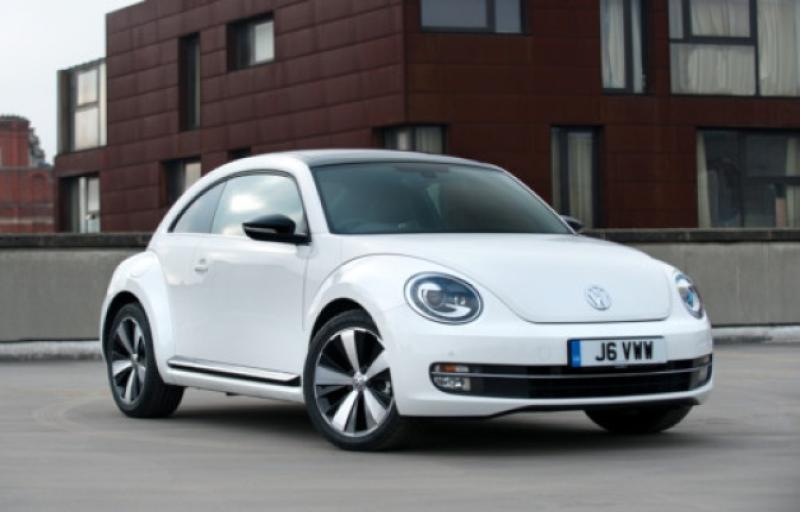 It IS always an advantage……..the ability to make a strong impression on first glance, writes John Knox..

It IS always an advantage……..the ability to make a strong impression on first glance, writes John Knox..

The latest embodiment of the Volkswagen Beetle all but shouts style and taste via its fetching looks. That first impression creates a feel good factor.

The Beetle has a double sided history. It was originally introduced over 70 years ago as the ‘people’s car’ when it was a solid workhorse with the engine in the rear. It was re-invented, re-introduced, play it whatever way you like, in 1998 as a hi-tech car of the age with the engine mounted in the front.

New Beetle was greeted with a mixture of awe and fascination.

Whatever one thought or thinks about the Beetle, you just didn’t ignore it. You couldn’t! Its imaginative, curvaceous shape simply demanded your attention.

All questions, all interest

And you know I think that fascination factor is growing!

I drove a brilliant white Beetle last week. This is the sort of car you just couldn’t miss. The reaction to the Beetle was uniform; all questions; all interest; all curiosity, everywhere.

The car was all white, even down to the door handles. The body colour was set off against darkened glass, a black, glistening spoiler at the bottom of the rear window and similar coloured skirts running beneath the front doors. A lovely contract! Simple! Beautiful!

Here is a car almost ‘giving you the eye’, if you like, hinting through stance and shape ‘wouldn’t you like to own me’. You betcha!

Since the ’98 revival of the Beetle the range has found most favour with the ladies. While men openly talk about and express admiration for the car, they are less inclined, apparently, to put their money down.

VW have tweaked the design of the new Beetle, or, as they suggest, they have given it more masculine appeal. The body design is flatter, with a longer roofline and bonnet, more steeply angled and set back windscreen and tauter lines generally.

The latest Beetle is longer by over half a foot than the predecessor, with a stretched distance between the wheels too, while the car is also wider. There are practicalities behind the look, with a firmer stance on the road that makes it harder to knock the Beetle out of its stride, and more interior space just some of the benefits to accrue.

My test car (the 2.0TDi) ran on 17” alloy wheels with 215/55 tyres, which placed a fair bit of surface rubber between machine and road, thus all but guaranteeing foot perfect motoring.

Actually you would want to do something really silly to throw this car out of its stride, bearing in mind the solid footing, low stance of Beetle plus the fact that the standard equipment includes electronic stability programme (including ABS with brake assist, ASR, EDL and EDTC) that is ready to lend a helping hand, if required.

The 140bhp on tap in the 2-litre diesel hasn’t the car constantly straining at the leash. You set the mood, easy or exciting. The real excitement in the drive is revealed when you ask the car to perform as you shoot through the gears.

The zip is there. So too is the pleasing note from the obliging engine. Yes, the Beetle can add driving substance to striking looks.

The Beetle is a 4-seater car, with the more generous amount of space given to those in the front. Space in the rear can be cramped. Front row rugby forwards need not apply. While there are easy entry sliding seats, access to the rear seats throws up the same difficulties as with any regular two/three door car.

Beetle offers a decent 310 litres of boot space, although the sloping boot lid makes it difficult to carry tall items or boxes. The 50/50 split and folding rear seat back affords you a Plan B in such situations.

There are far more positives than negatives with the Beetle. One big plus is a 5-star Euro Ncap safety rating. This is a car that would be easy, very easy, to live with!