The 308 roars to new record 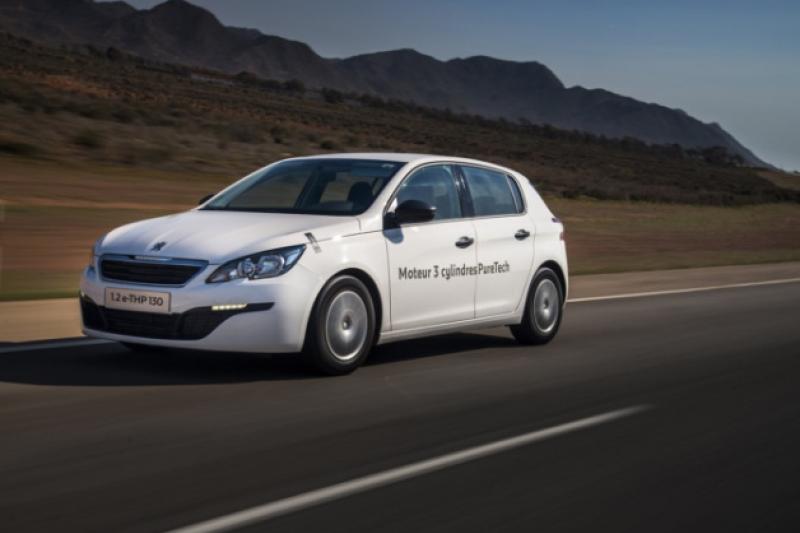 Independently witnessed, a standard 308 hatchback fitted with the new petrol power unit travelled 1810 kilometres on one tank of fuel, recording 2.85 litre of fuel per 100km or 99.1mpg, to become the benchmark for mass-produced petrol-engined vehicles.

The new record was achieved at the Almeria circuit in Spain. It was officially witnessed by the authority UTAC (Union Technique de l’Automobile, Motocycle et Cycle). A 308 hatchback, fitted with the new PureTech 1.2-litre e-THP 130 turbo petrol engine with a manual 6-speed gearbox, was driven for over 32 hours to consume the 51.4-litre contents of its fuel tank.

In so doing, the Peugeot 308 set a new record for fuel economy and distance driven on a single tank of fuel.

The engine boasts a new compact design. It is both powerful and highly-efficient. This technology includes high-pressure direct injection (200 bar) of the fuel system and a new generation high performance turbocharger (turning at 240,000 rev/min), representing a real technological breakthrough.

When fitted to the new 308, which is the most compact and lightest car in its segment, the engine offers exceptional fuel economy.

Already a benchmark in its category for diesel with its BlueHDi 120bhp version, which has an average fuel consumption on the combined cycle of 3.1 l /100 km (91.1 mpg) and CO2 emissions of 82g/km, the Peugeot 308 has demonstrated again the quality of its design and the uniform approach taken with the whole vehicle.

Meanwhile, nearly 474,420 used cars were sold in Ireland during the last six months of 2013. This was an increase of 16% on the same period in 2012, according to the third Carzone.ie Motoring Report.

The report is a bi-annual index which tracks trends in both the new and used car markets in Ireland.