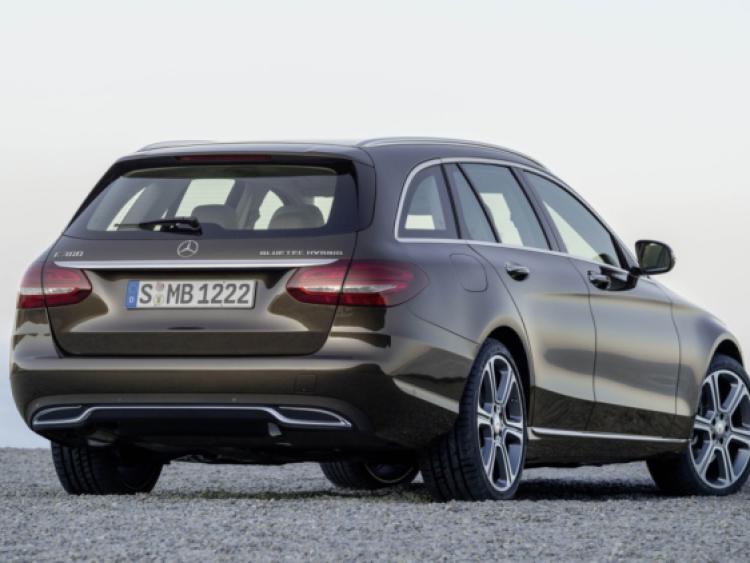 The estate version of the Mercedes-Benz C-Class has arrived in Ireland.

The estate version of the Mercedes-Benz C-Class has arrived in Ireland.

The saloon version was recently voted Continental Irish executive car of the year by the members of the Irish Motoring Writers Association (IMWA).

Technically the new arrival is similar to the saloon, and it has the same high level of specifications and options.

This increase in space benefits rear-seat passengers particularly, giving 45mm more legroom and more shoulder, elbow and headroom than before.

The load compartment capacity of 1510 litres is 10 litres larger with load volume behind the rear seats increased by five litres to 490 litres.

Rear seats now have a 40/20/40 split instead of the previous 60/40 arrangement. This offers more versatility and allows the interior to be configured as a five, four, three or two-seater layout.

Rear-seat backrests can be unlocked and folded electrically at the push of a button to create an enlarged, level, more versatile and easier to use load compartment.

An optional item is a power liftgate and hands free access system that allows it to be opened and closed by a simple foot motion without touching.

Mercedes-Benz sales manager Ciaran Allen said estate car sales were never as high here as in other countries, but the C-Class was capable of setting new boundaries.

“With its attractive new looks, higher specifications and more generous interior space, we expect the new C-Class Estate to capitalise on the popularity of the C-Class saloon and lift our sales figures in this segment,” he added.

Meanwhile, Irish Ferries is increasing its sailing capacity for Christmas on its busy Dublin to Holyhead route by moving its Rosslare to Pembroke ferry ‘Isle of Inishmore’ into service alongside its fast ferry ‘Dublin Swift’ and cruise ferry ‘Ulysses’, the largest ferry on the Irish Sea.

On Rosslare to Pembroke, the cruise ferry ‘Oscar Wilde’ will be drafted in to operate the route in addition to its sailings between Ireland and France.

This is the busiest time of the year, and they’re prepared for bad weather disrupted to air travel, if it happens.