Ford are determiend to Edge ahead! 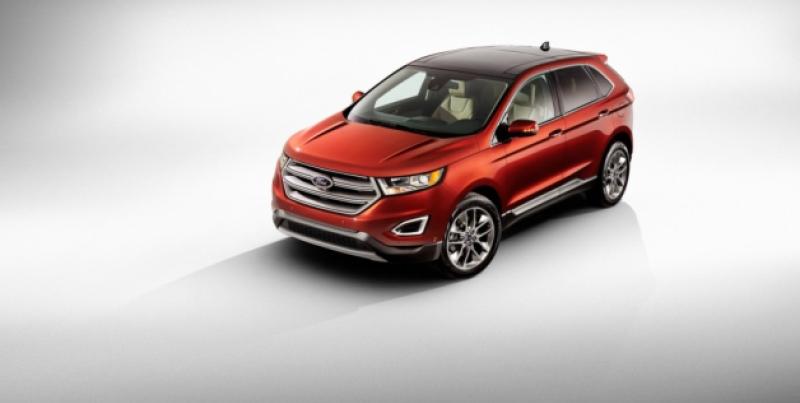 Ford have targetted a greater share of the fast growing SUV segment with the alluring, all new Ford Edge SUV.

Ford have targetted a greater share of the fast growing SUV segment with the alluring, all new Ford Edge SUV.

This segment has doubled in the past five years, and Ford are determined to get a bigger slice of the action.

Ford have revealed for the first time the production version of the spacious new Edge, a large SUV that will go on sale in 2015. The Edge expands a line-up of SUVs in Europe that already includes the new Kuga medium SUV and the new EcoSport small SUV.

According to Ford data, the SUV segment percentage of the total European passenger car market more than doubled to 21% between 2008 and 2013.

In the first four months of 2014, the SUV share has further increased to 22.5%. Ford expect the segment in Europe to show further significant growth.

Sales of the new Kuga in Europe increased by 38% year-over-year for the first five months of 2014 to 39,700 units. The 500,000th European Kuga recently rolled off the production line in Valencia, Spain.

Nearly all new Kugas sold during the first five months of 2014 were equipped with Ford SYNC, and the company is now introducing to Kuga, SYNC 2 with voice control and AppLink; technology that enables drivers to voice-activate apps including leading music-streaming service Spotify.

Ford’s latest sales data revealed a high take-up of many of the Kuga’s advanced driver technologies: 60% featured Active Park Assist technology that helps drivers to parallel park, and 55% were equipped with the Intelligent All-Wheel Drive system.

Meanwhile, Ford’s 1.0-litre EcoBoost engine – which lowers fuel consumption without sacrificing power – has been named 2014 International Engine of the Year for its drivability, performance, economy, refinement and technology.

A panel of 82 automotive journalists from 35 countries also named the 1.0-litre EcoBoost the “Best Engine Under 1.0-litre” for the third year in a row at the Engine Expo 2014, in Stuttgart.

The all-new Mondeo will continue the European roll-out of the 1.0-litre EcoBoost engine when it launches later this year; the smallest engine to be specified in such a large family car.

Ford 1.0-litre EcoBoost-equipped vehicles now account for one in five of all Ford cars sold in Ford’s 20 traditional European markets.