The Swift is a fast mover for Suzuki 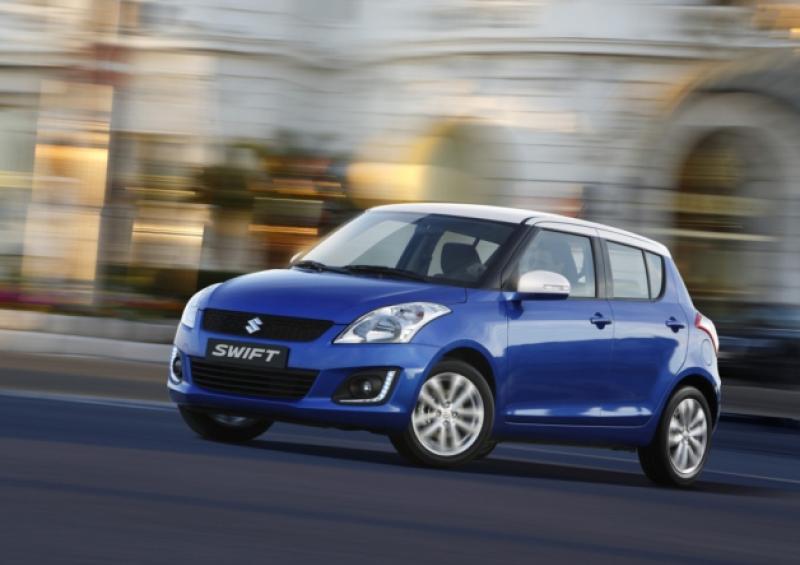 Suzuki’s B segment car, the Swift, which was launched as a world strategic model in 2004, has reached cumulative worldwide sales of four million units, less than 10 years since launch.

Suzuki’s B segment car, the Swift, which was launched as a world strategic model in 2004, has reached cumulative worldwide sales of four million units, less than 10 years since launch.

The Swift reflects Suzuki’s expertise in compact cars and dedication to creating models that are sporty, stylish, and fun to drive. It was first produced and sold in Japan as a world strategic model in November 2004.

Especially in Ireland, the Swift has been close to the motoring publics’ heart, ever since the launch of the original SA model in 1984.

The current model, launched in 2005 has sold over 4,500 units in Ireland and continues to be a favourite on Irish roads.

The Swift has been earning high appraisal such as by winning the Irish Car of the Year in 2006, along with various car of the year awards in Japan, as well as in countries worldwide.

It is currently produced in eight countries worldwide, and has been sold in more than 140 countries and regions around the world.

The all-new Mercedes-Benz Vito range is a van that is ‘astonishingly versatile’ according to the company.

Not due here until April 2015, the new Vito range comprises the familiar panel van, Mixto and people carrier models.

First in its class to offer front, rear and all-wheel drive options, the Vito gets an altogether more powerful appearance thanks to a newly-designed front end that is more rounded and more muscular.

Its redesigned cockpit is more spacious than before whilst being clear and uncluttered for maximum operational safety.

Longer than its predecessor, it is the only vehicle in its class to come in three lengths. At 1369 kg, it has the highest payload in its class and up to four permissible gross vehicle weight variants between 2.5 and 3.2 tonnes.

Other features include reduced fuel consumption, five power ratings, and a host of safety elements that can also be found in the Mercedes-Benz passenger car range.

Commenting, their commercial vehicles sales manager in Ireland, Fergus Conheady said: “While we still have lots of business to do before the new Vito arrives, its introduction will offer customers a distinctly more comprehensive choice of features and options than we have been able to offer previously in this class of vehicle.”

Prices, which are still subject to negotiation, will not be announced until closer to introduction.