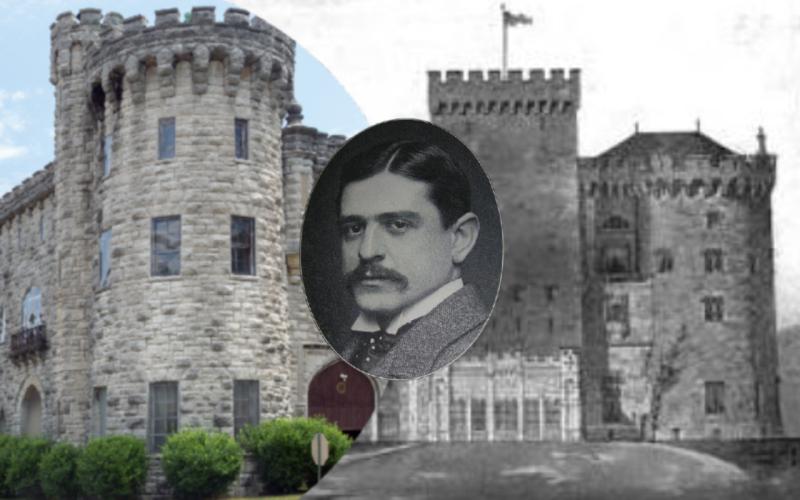 There sits a little bit of Kilkenny on Long Island at a site now known as Hempstead House.

The reasons behind this fact are fascinating. The story of those who built it even more so.

Howard Gould was the third son of railroad tycoon Jay Gould, who was argued to be the the most infamous of all the ‘robber barons’.

Born into the immense wealth of his father Howard Gould wanted for nothing and aimed for status amongst his peers. 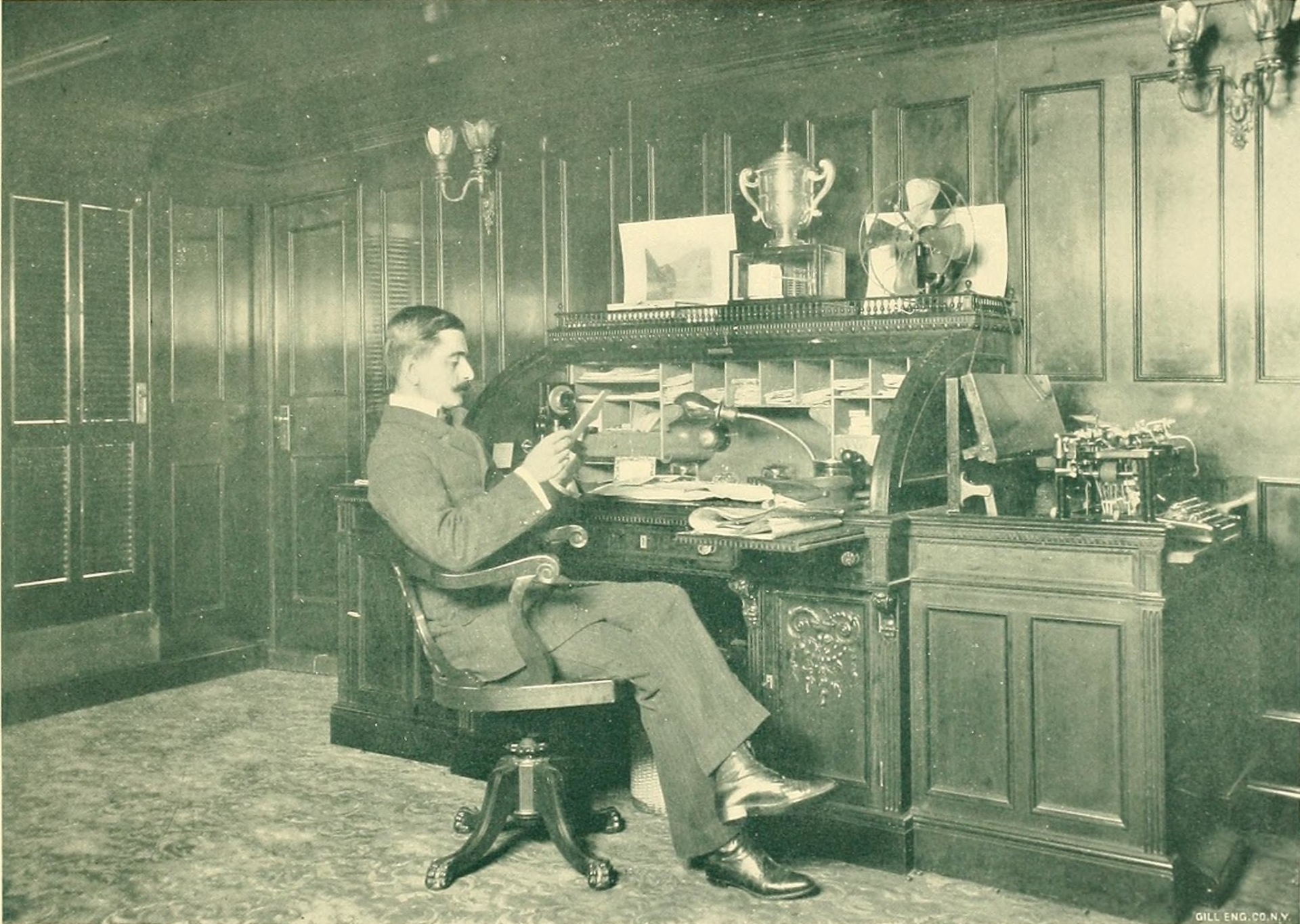 (Above: Howard Gould sitting at his desk on Niagara, a personal steam yacht, built in 1898)

It is reported that in 1898, Howard Gould married Katherine Clemmons to at least in-part anger his father, who had reduced his inheritance by $5 million.

Katherine Clemmons was also known by her stage name ‘Katherine Dayan’ and was known for her off-stage antics and temperamental personality. She was even rumored to have had an affair with Buffalo Bill.

In 1900, Howard and Katherine purchased a 300-acre estate at Sands Point, Long Island and began construction on what they envisioned as America’s finest stately home.

To achieve this, it had to be striking, unique, something different, and in 1904 the Goulds employed Kilkenny native and well-known Irish architect James Francis Reade to draw a survey of Kilkenny Castle so that it could be replicated at Sands Point.

Once they had their Kilkenny Castle survey in their hands they hired Abner Haydel of Philadelphia to draw up the plans for what they intended to be the largest mansion in America.

That's when the trouble began...

Haydel had submitted more than 19 designs to the Goulds by 1907 only to have each one rejected by Katherine and as a result he quit and successfully sued the Goulds for his time.

With over $1.7million spent already, the Goulds still had no castle to show for it.

This led to a huge falling out between Howard and Katherine.

They parted ways in 1907 before engaging in one of the most boisterous separation trials in American history up to that point, citing ‘misunderstanding over the construction of Castle Gould’ for their strife.

Gould was ordered to pay $36,000 per year in alimony (over $1million today), the largest alimony settlement ordered up to that time.

Needless to say, this was a huge blow for the construction of Castle Gould but Howard pressed once again with construction under architectural firm Hunt & Hunt.

After two more years and a cost of $1million, Gould finally had his castle, less Kilkenny than was envisioned, but still striking nonetheless.

He moved to Europe in 1917 and sold the Marble city-inspired estate to mining magnate Daniel Guggenheim and his family for only $600,000.

The Guggenheims immediately renamed the estate to ‘Hempstead House’, as it is still known today, and it later underwent a huge $10million renovation.

In 1971, Nassau County took over a 128acre portion of the estate from the Federal Government to be used as a nature preserve.

It has also been the setting for many feature films, including Scent of a Woman, Malcolm X, Great Expectations and Teenage Mutant Ninja Turtles.

Fans of hit television shows Gotham, Dare Devil, The Americans, Boardwalk Empire may also have got a glimpse of Hempstead.

Remnants from Haydel’s designs (right side of main photo above), based on his survey of Kilkenny Castle, still remain and if you squint your eyes at certain parts of Hempstead House today, you will almost certainly feel a lot closer to the Nore than to the Gold Coast.

Abandoned manor home on the border with Kilkenny going to auction next week - see more!