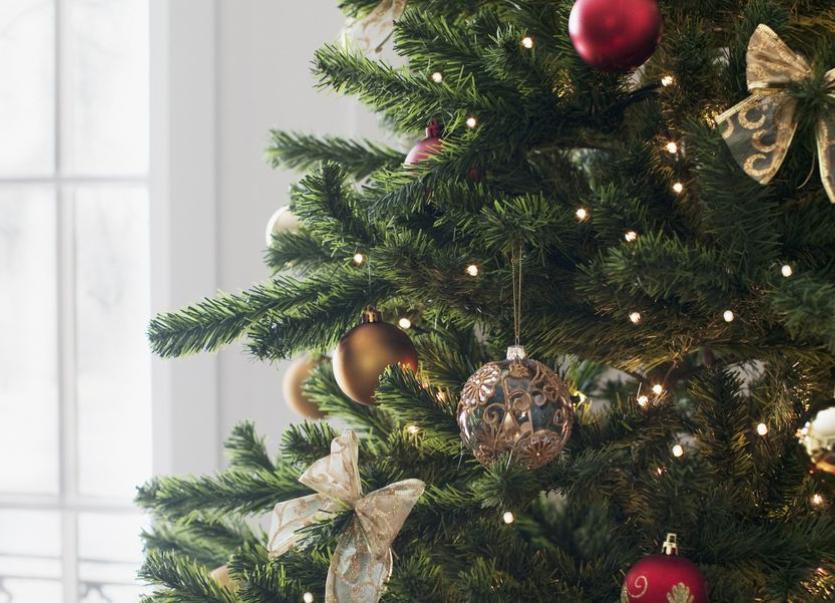 Ensure you keep the Christmas tree away from fireplaces, radiators, candles or other sources of heat

The Irish Red Cross has released its top tips for hazards around the home to avoid this Christmas.

Choking
The festive season is one of the worst times of year for choking hazards. Hard sweets, chocolates containing whole nuts, solid balls of chocolate, chunks of Christmas dinner and even something as innocuous as a Brussels sprout all pose a risk in terms of choking. Cut up children’s Christmas dinner and be mindful if children are helping themselves to a box of chocolates.
Cracker toys which are often left lieing around similarly pose a threat and you should check the age suitability for gifts being given to your children by family and friends.
To learn how to treat adults and infants who are choking, download our first aid app by searching “First Aid – IFRC” on the App Store or Google Play Store.

Tripping hazards
When plugging in lamps, toys or moving the television around, ensure there are no wires trailing across the floor.
Try and keep children out of the kitchen while you’re cooking – a four year old running around your legs while you’re taking a very hot and heavy turkey out of the oven is a recipe for disaster.
Outside, provide plenty of light at night so your guests can see where they are stepping.

Opening presents
We know this sounds grim but opening presents also poses a risk! Try to avoid stabbing at packaging which at first proves virtually impossible to open. Instead, take your time opening each gift, and use the right tools for the job. For example, keep a screwdriver handy to easily open up toys that need batteries - stabbing yourself with a scissors which you are using as a make-shift screwdriver is, apparently, a thing!

Christmas lights
Check all Christmas tree lights to make sure they’re not worn, frayed or broken and discard them if they are. Unplug the lights before leaving the house or going to sleep. Use LED Christmas lights instead of traditional bulbs as they have better energy efficiency and produce less heat.

The oven
Keep the cooker clear of items such as grocery bags, kitchen towels, paper napkins and tea towels and clean up greasy spills as you go to remove another fire hazard.

Fireplace
Keep “fuel” such as wrapping paper and clothing at least three feet away from the flames. Use a fire screen to keep embers from escaping and make sure all embers are fully extinguished before you go to bed. Do not hang Christmas cards over an open fire or put them on top of the mantelpiece.

Fires generally
Beware of other fire hazards in your home over Christmas such as portable heaters and overloaded sockets while decorations can burn easily so don’t attach them to lights or heaters. Most fires start in the kitchen – never leave a cooker unattended and regularly test your smoke alarm.

Cooking
Disinfect your kitchen countertops before you begin your dinner preparations. When transporting or preparing dishes, keep hot foods hot and cold foods cold until dinner.

Also keep candles, lighters and matches out of reach of children.