Kilkenny sides star as they claim trio of Leinster titles 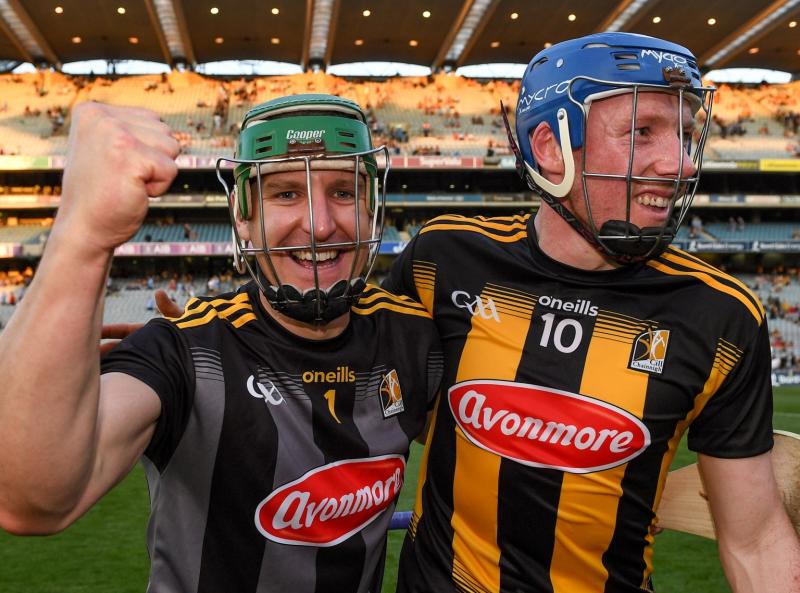 The 2021 campaign had something of a Groundhog Day feel to it as the Kilkenny senior hurlers engaged in a championship that was very similar to their 2020 season.

The Cats remained top dogs in Leinster but again Munster opposition brought an end to Kilkenny’s All-Ireland hopes in the semi-final.

Kilkenny came into the year on the back of a bit of a shakeup in their management team with DJ Carey leaving as his role as selector, to be replaced by Conor Phelan.

As a result of the worsening Covid crisis, the GAA preseason competitions fell by the wayside with a revamped National League taking place in May and June.

Kilkenny took their place in Division 1B of the league and, for the most part, they looked very impressive with a slight change in style under Phelan’s guise being shown throughout.

James Bergin and Darragh Corcoran were two newcomers into the squad and they were ever-presents in the five league games.

Brian Cody’s team got the better of Dublin and Antrim in the opening games before overcoming Wexford despite a delay due to a Covid outbreak in the Wexford camp.

Another home win followed over neighbours Laois and after only four games, Kilkenny were already guaranteed of top spot in the division.

In a more condensed season, the only way a league final would be held was if the leaders in Division 1A and 1B met in the championship. With 1A table toppers Galway struggling in the championship, it meant the Tribesmen and Kilkenny shared the League spoils.

The Cats ended up losing their final regulation league game away to Clare and while the result didn’t matter in the overall context, the concession of four goals in a 4-20 to 1-25 defeat certainly brought up a number of questions ahead of the championship.

After Wexford accounted for Laois quite easily in the Leinster opener at UPMC Nowlan Park, the stage was set for a big Cody and Davy clash in Croke Park. The result was a hugely dramatic and controversial provincial semi-final.

Kilkenny eventually won by eight points but they were pushed to the pin of their collar - if it hadn’t been for a hawkeye decision that saw Wexford awarded a point, the Model County would have taken down the Cats.

The point brought the game to extra-time, where Walter Walsh goaled to seal the victory.

Eoin Cody had earlier netted Kilkenny’s opening goal in a game where he collected 1-5 as Brian Cody’s team set up a Leinster final clash with Dublin. 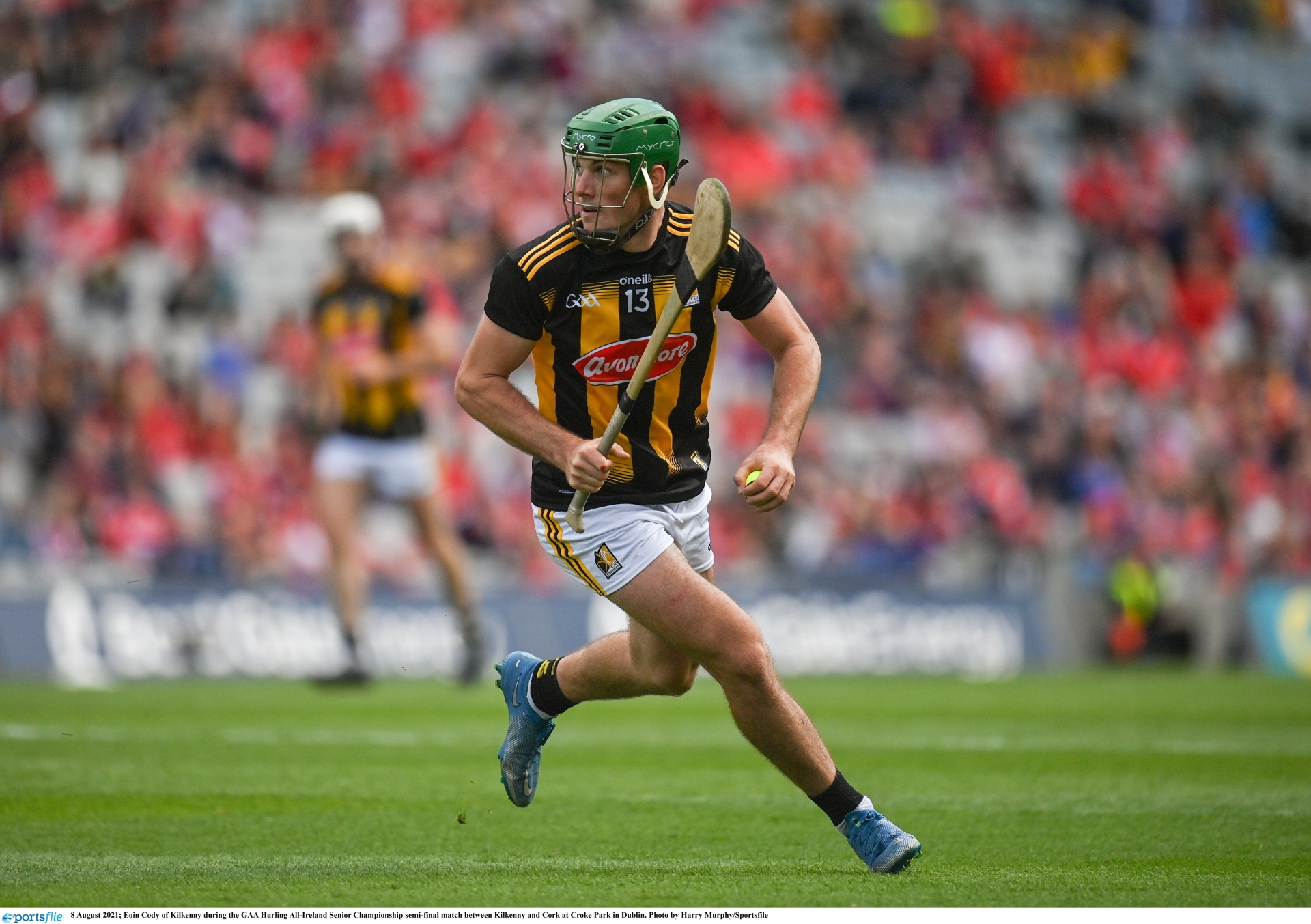 Dublin shocked Galway on the same day Kilkenny beat Wexford so there will have been a fair degree of optimism in the capital ahead of the Leinster decider.

On a roasting hot day for hurling Kilkenny always held their opponents at arm’s length with TJ Reid’s goal key in helping his side to a 1-25 to 0-19 victory.

The nine point success was largely determined beforehand after a couple of key Dublin stars were ruled out of the game due to a Covid outbreak in the squad.

As a result it was difficult to gauge Kilkenny’s form line until they met a resurgent Cork in the All-Ireland semi-final. The meeting with the Rebels proved to be the end of the road for the Cats, but not before they took fans on some twists and turns.

Kilkenny were left chasing shadows for the majority of the last four affair and if it weren’t for a miraculous goal by Adrian Mullen in stoppage time, Cork would have sealed their All-Ireland final spot a lot earlier.

In the end Mullen’s heroics brought the game to an extra 20 minutes but unlike the Wexford clash it was their opponents who went into overdrive.

Shane Kingston and Jack O’Connor put in starring displays as Cork saw off their age-old rivals to win on a 1-37 to 1-32 scoreline and while they ultimately fell to a heavy defeat in the final against Limerick, they still produced the goods against the Cats.

Defeat brought an end to Kilkenny’s championship summer and much of the talk since then has been about the appointment of Henry Shefflin as Galway manager and how that may affect Kilkenny in the future. 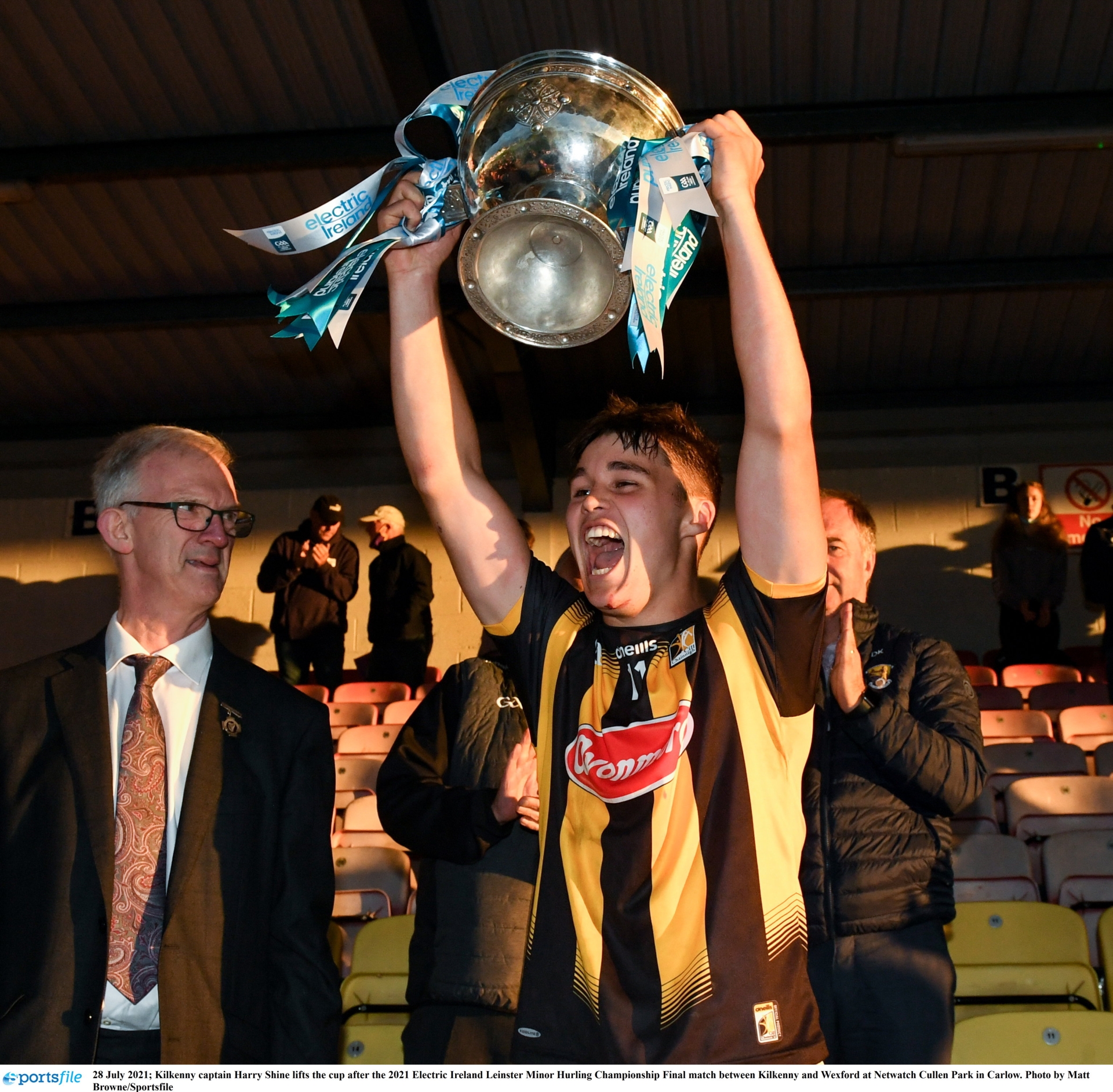 Elsewhere and like their senior counterparts, the Kilkenny minor side captured back to back Leinster crowns - but both occurred in the space of a few weeks.

The 2020 class beat Offaly before losing out to Galway in a thrilling All-Ireland final that the Tribesmen only sealed in stoppage time.

The likes of Ted Dunne, Gearoid Dunne, Joe Fitzpatrick and Harry Shine then added to their medal tally with victory over Wexford a few weeks later as part of the 2021 team.

Shamrocks, Glenmore and Mooncoin then added on Kilkenny county titles at the back end of the year but it was the boys from Ballyhale who once again had the last say.

Four in a row of Kilkenny senior titles soon led to three Leinster crowns on the trot for James O’Connor’s side when stuttering wins over Mount Leinster Rangers and St Rynagh’s ended with a barnstorming display against Clough-Ballacolla in the Leinster final on the last Sunday before Christmas.

Shamrocks roared back to form with a six goal display against the Laois side and they will have their eyes on another All-Ireland title in 2022.