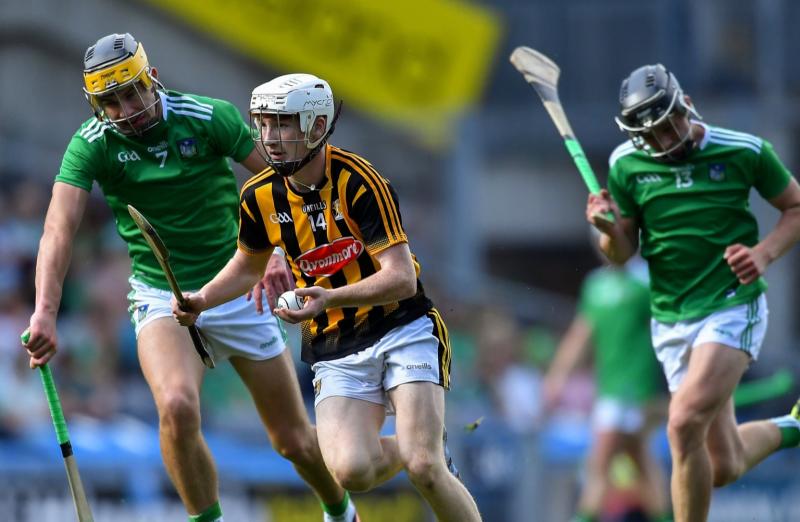 All roads lead to Thurles on Sunday afternoon as Kilkenny and Limerick lock horns in the O’Neills.com All-Ireland Under 20 Hurling Championship Final.

It will be the Cats first final appearance at the grade since 2017 when the same two counties met with Limerick emerging winners on a 0-17 to 0-11 scoreline.

That Limerick side included the likes of Tom Morrissey, Barry Nash, Kyle Hayes, Sean Finn, Aaron Gillane and Cian Lynch who all went on to win numerous senior All-Ireland crowns over the last few years.

The game proved to be the first meeting between the teams at the then Under 21 grade and while the result didn’t go their way Kilkenny still found John Donnelly, Billy Ryan, Richie Leahy, Huw Lawlor and Tommy Walsh who are all on the current senior squad.

That will be the ultimate aim for the current Kilkenny crop in the future but in the short-term, an All-Ireland title is all that is on their minds.

In some way this final appearance has come slightly against the grain for Kilkenny as they were big outsiders in their Leinster semi-final meeting with Galway a couple of weeks ago.

Galway have proved to be the Cats Kryptonite at underage level over the last few seasons, including defeating the Noresiders in three successive All-Ireland Minor finals in 2018, 2019 and 2020.

It can’t be discounted how big a result that win over Galway was for the overall belief of the squad.

Added to that is the revenge factor in defeating Wexford in the Leinster final after losing to the same opposition at minor level three years ago so in an overall context Derek Lyng’s team are in decent shape.

Limerick will provide very stern opposition as they looked very impressive in capturing the Munster title at the expense of Tipperary a couple of weeks ago.

The Shannonsiders have the likes of Colin Coughlan, Shane O’Brien and Adam English in their ranks and Kilkenny will need to stop that trio if they are to win a first national crown in 14 years.

Unlike Kilkenny who have had a full deck of players available to them since the beginning of the championship, Limerick will be without Cathal O’Neill who appeared for the senior team against Waterford a few weeks ago and that piece of action rules him out of selection for Sunday in a rule that has came in for a lot of debate.

While it will only be the second time that the teams have met at this grade, it will be a repeat of the All-Ireland Minor Championship semi-final in 2019 which Kilkenny came out on top in when they ran out 2-24 to 0-18 winners with Billy Drennan and Timmy Clifford contributing 1-14 between them.

It was also on that day that the Kilkenny senior team shocked Limerick in what has been the defending champions only knockout defeat in championship hurling since 2018.

Added to that is the fact that many of the players on show on Sunday already met this year when Ardscoil Ris defeated St Kieran’s College in the All-Ireland PP Schools Final in Croke Park on St Patrick’s Day.

Kilkenny will again look to Clifford and Drennan in attack and this is even more relevant without the injured Harry Shine.

Elsewhere Aidan Tallis has been exceptional in goal, while Padraic Moylan, Niall Rowe and Joe Fitzpatrick provide a steady base at the back.

Killian Doyle and Denis Walsh provide a lot of pace and skill around the middle and the Cats will need further impact from their bench which has produced the goods in the last two games.

Limerick are well fancied but Kilkenny have already shown that they are more than capable of causing an upset.

It should be a cracker!