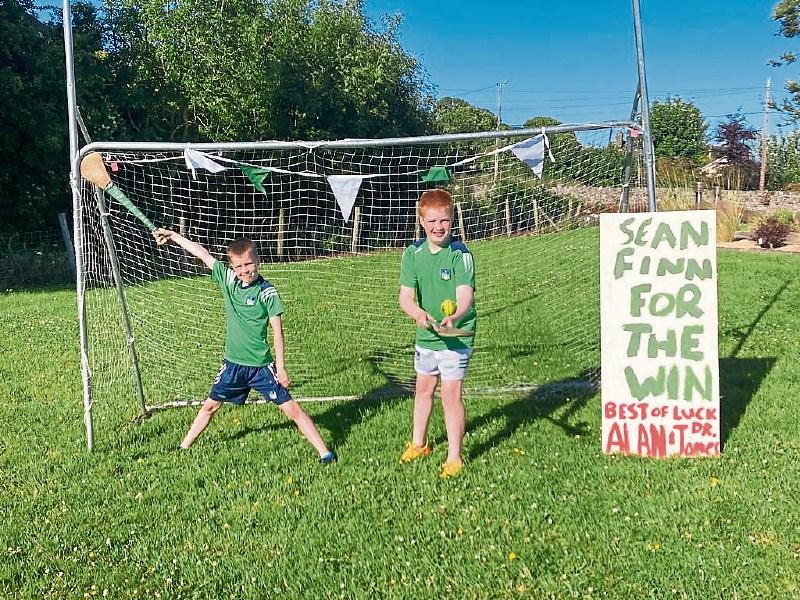 Limerick fans will be hoping Kilkenny’s senior hurlers show the same generosity on the pitch as one of our Under-20 hurlers did off it – but it is highly unlikely!

Tom Bulfin shared this lovely story from the recent Limerick/Kilkenny U-20 All-Ireland final:

The Bruff U-11 team were at the match in Thurles cheering on Patrick Finn and his Limerick teammates. After the narrow loss Fionn O’Dwyer and a few of his buddies were on a mission to try and get a prized yellow sliotar.

Cody as hungry as ever as biggest title challenge awaits Kilkenny

Fionn met Kilkenny player Niall Rowe after the game. Niall was in the midst of celebrating their win but he went down to the dressing rooms and emerged with a sliotar for Fionn and two of his friends. It was an early birthday present for Fionn who turned 11 on Monday. His dad Fran said he and younger brother Conall, aged 8, have been getting great use out of it!

“Fionn has being trying to get one of those yellow sliotars since they came out – it was a class touch by Niall. He was in the midst of his celebrations, went down to the changing room and came back up with a sliothar. It was a really nice thing to do,” said Fran who is married to Deirdre.

Fionn wrote a letter to Niall’s club Dicksboro to thank him. The club tweeted a photo of the letter and shared the story.

Lovely letter delivered to Palmerstown this morning from Fionn from Limerick. Boro man Niall Rowe made Fionns day with a sliotar from the All Ireland U20 hurling final in Thurles. Hopefully we see Fionn in the Boro some day soon hurling! Well done Niall & good man Fionn! pic.twitter.com/qrHA7cb5m4

“Fionn was delighted to get a reply from Dicksboro. It made his day. The players were going hammer and tongs on the pitch as they will be on Sunday but off it the GAA, as we all know, is one big family. It was a really nice thing to do make a young fellow’s day even though Fionn was bitterly disappointed after the match,” said Fran, who is chair of the Bruff GAA Bord na nÓg.