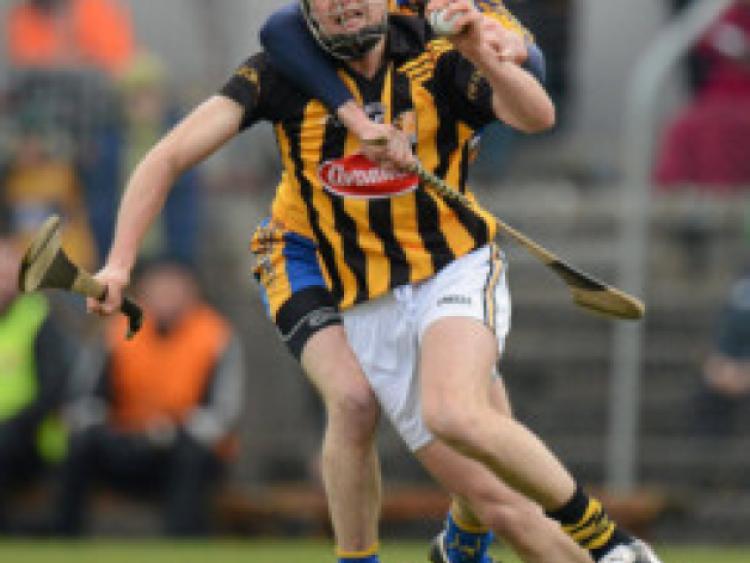 TWO MORE league points, more players blooded, more hopes of retaining the title. Sunday was one of those win-win-win days as far as the Kilkenny senior hurlers were concerned.

After a turgid start to their campaign a revitalised Kilkenny grabbed their second win in succession, lowering the colours of a spirited Banner in Ennis on Sunday.

While their league campaign started with something of a whimper, a rapid change in form ensured Kilkenny are in with a shout of making the semi-finals. But while form is temporary, class isn’t - two vintage moments at Cusack Park highlighted how that habit of grabbing killer scores is still the same.

Having gone toe to toe with Clare for most of the first half Kilkenny stole a march on their rivals in the dying seconds of normal time in the first half. Eoin Larkin was the architect, floating a hand-pass over the Banner backs and into space for the on-rushing Lester Ryan to collect.

Ryan, who had dashed from midfield to ghost in behind the Clare defence, couldn’t believe the space and time he had. A goal was his only intention - the shot that screamed into the top left corner proved as much.

The second bullet that gunned Clare down came 15 minutes into the second half. Although they had narrowed the gap to just one point (2-7 to 1-9) some wayward shooting ensured Clare still trailed their visitors as the game ticked towards the final quarter.

Kilkenny had been quiet from the restart, but roared back into action when Michael Fennelly drove a low diagonal ball towards Larkin. The experienced James Stephens man waited for the defence to react before palming the sliotar through a gap for Aidan Fogarty to collect and rifle past a static Pat Kelly and send the Cats on their way.

The goals were simple but oh so effective, stripping Clare of the swagger they had worn for most of the opening half.

Having seen off Galway and Cork in their last two outings Clare went into Sunday’s game relishing the chance to have a crack at the All-Ireland champions. It didn’t take long for their confidence to show.

The game was barely five minutes old when Colm Galvin plucked Tony Kelly’s high ball out of the sky on the edge of the square, shrugged off Paddy Hogan and lashed the sliotar past Eoin Murphy.

The young challengers had thrown down the gauntlet, proving as much as they threw everything at a Kilkenny side hampered by the withdrawal of J.J. Delaney before throw-in. That late reshuffle of the pack, which saw Padraig Walsh come in to the half-back line and Kieran Joyce move to full-back, seemed to check Kilkenny’s stride, but they were still able to respond. Conor Fogarty’s long clearance fell between Richie Hogan and full-back David McInerney, who got in a tangle while chasing possession.

With players left piled up behind, the sliotar trickled through to Ger Aylward. He had time to gather and pick his spot, drilling a shot high into the far left side of the Clare net.

The goals kept the game ticking over, but neither side could pull away from the other. A brace of Colin Ryan frees ensured Clare had the edge, but Aidan Fogarty and Lester Ryan had the sides level again by the 17th minute (1-4 apiece).

It had been a tough opening quarter on Kilkenny, who were chased and harried at every opportunity by Clare. The host did well to snuff out the influence of Kilkenny’s bigger players, limiting the ball supply to the likes of Tommy Walsh and Michael Fennelly - both had to move around in search of possession, while the Cats’ forwards rotated likewise.

Clare continued to put the pressure on the Kilkenny backs, but all too often the finishing touch was missing. They spurned a great chance to put some daylight between the teams on 19 minutes when Shane O’Donnell cut in from the left. With the Kilkenny defence at sixes and sevens, he unselfishly squared the sliotar to his unmarked colleague John Conlan.

A goal seemed the only outcome, but Murphy racing from his line the forward hammered his shot into the ground rather than the net.

That chance would be one of many frustrating moments for Clare across the afternoon. Although they continued to put Kilkenny under pressure they couldn’t turn chances into scores, something that hurt them especially as they watched Kilkenny prosper despite living off scraps.

The sides continued to trade points in a close first half. Colin Ryan continued as scorer in chief for Clare, Kilkenny preferring to spread things around courtesy of Larkin, Fogarty and Aylward.

With the half in the closing stages it looked like Clare had stifled Kilkenny, but that Lester Ryan goal saw the Cats reach the dressing-room with a three-point cushion behind them (2-7 to 1-7).

The start of the second half saw Clare rise to the challenge again, but this time things weren’t as productive in front of the posts. Although they kept Kilkenny scoreless for more than 10 minutes - and chipped two points off the deficit - they were wasteful when the game seemed to be tilted in their favour.

In what became their story of the second half the Banner shot six wides in the opening 10 minutes of the half, a rising tally which gnawed at the nerves of the home support. They also saw Murphy produce a fine save to deny Conlan a goal within 60 seconds of the restart, a score which could have changed the game’s complexion.

While they continued to waste chances, Kilkenny were content to bide their time until Fogarty broke through for that morale-sapping third goal in the 50th minute. The trap was sprung - Clare were caught.

Try as they might, Clare never fully recovered. Although Tony Kelly and Colin Ryan (0-2) tried their best to rally the side they were punished by an ever-growing wide count, a total which ticked into double figures by the time a Larkin treble (two frees and a 65) pushed Kilkenny four points clear with as many minutes of normal time left on the clock.

The game still wasn’t beyond Clare at that stage, but with Kilkenny’s half-back line proving tough to break down their chances from play were limited. Two more Colin Ryan frees, plus one from late sub Darach Honan signalled Clare’s intent to push until the final whistle, but those earlier missed chances came back to haunt them.

With hindsight, Clare will know that a little more composure - instead of a habit of shooting from impossible distances - would have yielded at least a draw. As it was, they have to wait until next week to see if they can reach the league semi-finals. For Kilkenny, it’s two wins in a row. One more, and the knockout stages beckon.

All to play for

The competition’s organisers couldn’t have planned it better if they’d tried, but all six teams in Division 1A of the NHL will have something to play for when the group stages come to a close this weekend.

With Waterford’s last gasp win over Tipp, Kilkenny’s defeat of Clare and the draw between Cork and Galway, the potential for silverware and relegation is very much alive in equal measures.

Waterford lead the way on five points, but with the top three sides qualifying for the semi-finals (together with the winner of the play-off in Division 1B)

Clare, Cork, Kilkenny and Tipp are on four points apiece with Galway on three - Tipp and Galway currently occupy the relegation berths in Division 1A, so every county still has something to fight for.

With Kilkenny v Cork, Tipp v Clare and Waterford v Galway all throwing in at 3pm Easter Sunday will certainly be an intriguing day!