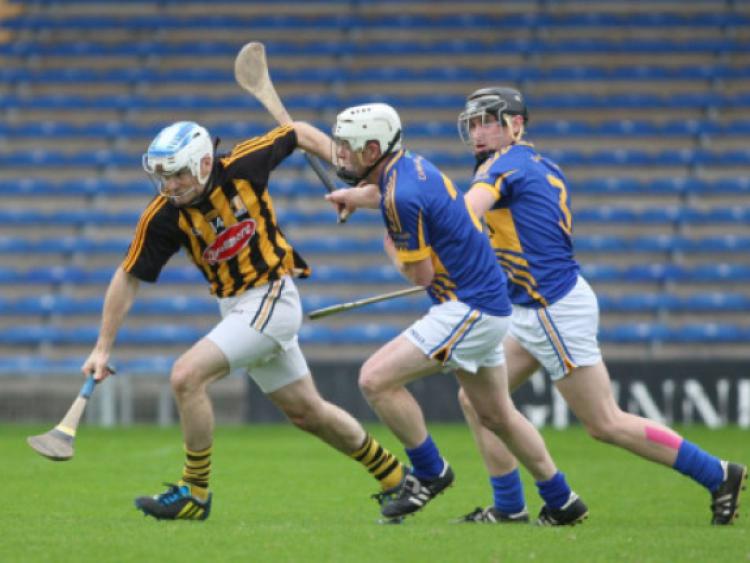 They may not be used to coming into the championship just 60 minutes from the end goal, but the Kilkenny intermediates are ready for action.

They may not be used to coming into the championship just 60 minutes from the end goal, but the Kilkenny intermediates are ready for action.

“It will be strange having an All-Ireland semi-final as the first game of the year,” agreed Kilkenny boss Pat O’Grady in the build-up to Saturday’s showdown with Galway in Semple Stadium.

“People used to say that Galway have this ‘problem’ every year and how easy it must be for them to reach an All-Ireland final, so we’ve no excuse this time!”

The withdrawal of the Leinster competition has left the intermediate championship at a crossroads for some people, but O’Grady is big believer in its importance.

“Eight of the senior team who played against Waterford and Cork in the latter stages of the championship have intermediate All-Ireland medals, including Henry Shefflin,” he reminded.

“Kilkenny do their business in the right way and see the value of the competition - while that is the case, and the likes of counties in Munster and Galway take it seriously there will always be a competition there.

“Munster is very strong, but they do things a little differently there as they play the games before senior matches, which helps to draw bigger crowds and create a bit more interest,” he added. “Having them as standalone fixtures in Leinster hasn’t helped, but there’s still fierce interest here in Kilkenny.”

The manager also reckons that the competition can be looked upon as being a stepping stone to inter-county senior teams.

“We have eight or nine guys between 21 and 25 who will be playing for us at the weekend,” he said. “If they perform well, suddenly they are in the picture for the senior set-up. It’s a fantastic opportunity.”

Standing in their way, however, is a Galway side which O’Grady believes will provide a stern test.

“Galway can pick from their senior club players or anyone who hasn’t played senior inter-county hurling with the county,” he said. Joe Gantly will be playing for them, as will Ger Farragher. They’re going to be very strong under Johnny Kelly. He trained Portumna to two All-Ireland senior club titles and is also over the county under-21 side, so he’ll be going for two All-Ireland finals this year.

Whatever about matches, one thing Kilkenny won’t be short on is experience. Richie O’Neill, Luke Harney, Jonjo Farrell and Rory Hickey all played in last year’s final.

Farrell also captained Thomastown to a club All-Ireland title this year, as did Clara’s David Langton in the intermediate decider. Former county captains Bill Beckett and Conor Phelan are also back in the intermediate ranks for the Cats along with senior panelists Brian Kennedy and Joe Brennan.

The players will be there - now O’Grady hopes the supporters will come in force as well.

“The game is on after the Kilkenny camogie match, plus Thurles isn’t too far away,” he said. “We’re the only hurling team left to follow so it would be great if we could get a big crowd behind us.

“That can make the difference - when there’s only a point or two in a game, having a bit of support can bring you over the line.”