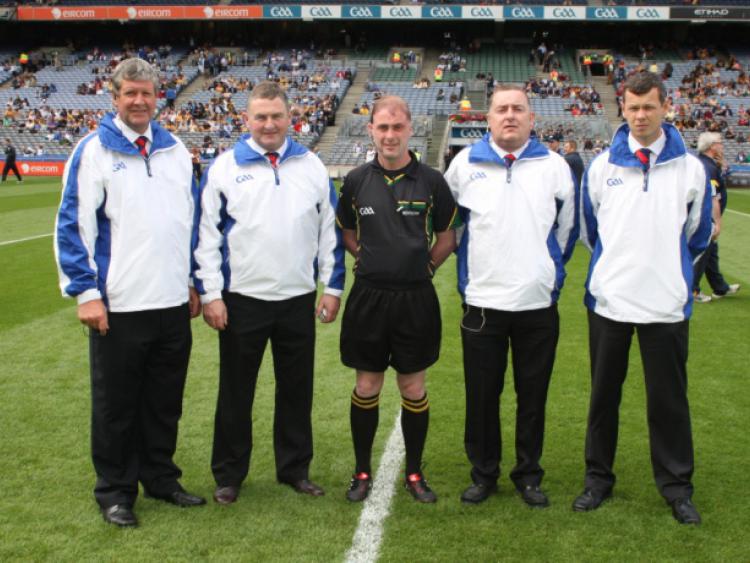 Kilkenny GAA referees are nothing if not dedicated to the cause, it would appear.

Kilkenny GAA referees are nothing if not dedicated to the cause, it would appear.

And while most sporting organisations who offer field games are desperately short of ‘knights of the whistle’, including the GAA and Kilkenny, the whistlers on Noreside couldn’t be said to be other than committed.

Would you believe, nine referees in Kilkenny are over 60? Yet they love officiating at games and do their bit to keep the GAA show on the road.

And you know what, eight of the Kilkenny referees are aged between 50 and 60! Yet they never let clubs down and when assigned to duty they turn up, hail, rain or snow.

Another seven of the Noreside refs slot into the 40/50 age category, which would leave our ‘whistling’ population beyond what might be termed the first flush of youth.

Anyway, not to worry, the games roll merrily along and hundreds and hundreds of matches are played annually with the 53 registered local referees doing their bit to keep things going.

At Monday’s first County Board meeting of 2014, Sean Breathnach, the Referees Coordinator in Kilkenny, made an appeal on behalf of the hard working match officials.

It was simple. Kilkenny needed more referees, he insisted, so he challenged club delegates to help recruit them.....now.

It was Mr Breathnach who outlined the age profiles above as part of his appeal. Some clubs were doing their bit by providing referees, he explained.

One was particularly good, and provided no less than six referees.

However, there were others who, well, weren’t exactly playing the game, it was suggested. No less than 12 clubs in the county didn’t produce one referee from their ranks.

“It is a cop out if you can’t produce at least one person to act as a referee,” said County Board chairman, Ned Quinn, when he laid it on the line for club delegates.

“The 12 who don’t have a referee are not being fair to the others,” he continued. “It might come back to haunt them if they go to a match some day and there is no one there to referee it. They can’t have any crib if that happens.”

And then he threatened the showing of a card: “We might have to do something about those who are not helping with referees. Every club should have at least one.”

Mr Breathnach and his dedicated group promised to drive on regardless. If clubs come up with the names of potential new officials they will organise a Referees Course in February. It will be run over three weeks, and there should be no worries about getting matches played.

By the way, Mr Breathnach revealed that the GAA felt the right age to start refereeing was around 25. That left the ambitious ones with time to progress to the provincial panel of referees, and maybe even the national panel.

Meanwhile, the Byrne and Aylward Cups will be contested by a mix of senior and intermediate clubs again this season. The issue went to a vote at the County Board meeting, and clubs said yes to continuing with the mixed group format.