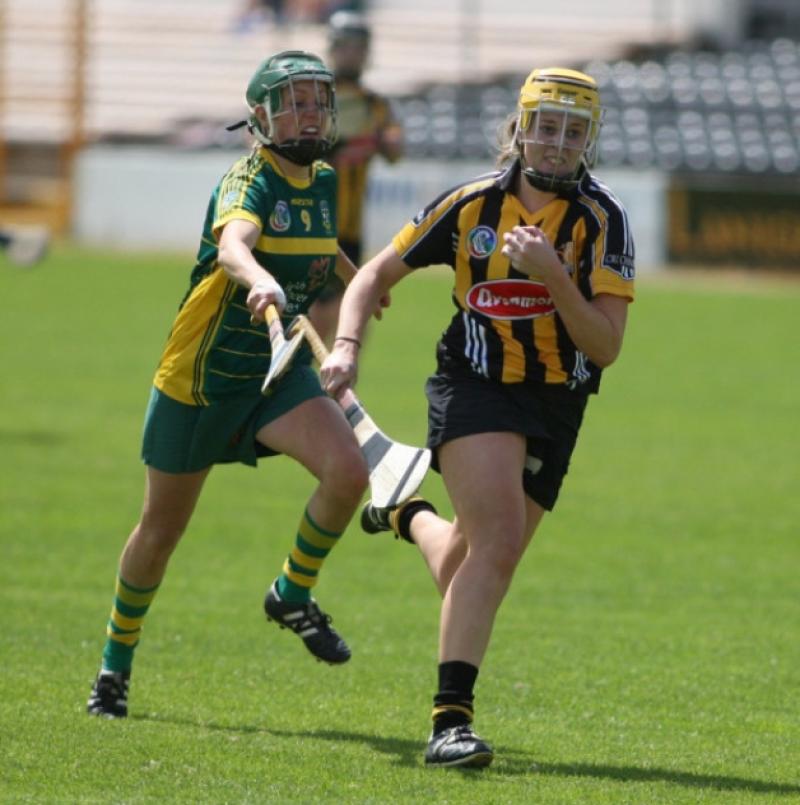 Kilkenny’s hopes of a McGrath Cup win were dashed as the intermediate camogie team saw Waterford end their All-Ireland dream.

Kilkenny’s hopes of a McGrath Cup win were dashed as the intermediate camogie team saw Waterford end their All-Ireland dream.

Despite their best efforts, a late goal saw the Deise girls beat the Cats and secure a semi-final berth at their expense in Walsh Park.

With the winners guaranteed a place in the final four, it was ‘do or die’ for both teams as they lined out at the city venue on Saturday.

Naturally, with so much at stake, there were nerves present on both sides. This was a very scrappy game, with a lot of stop-start play right from throw-in.

Kilkenny got the ball rolling, opening the score after eight minutes when Sarah Kent converted a free after a foul on Sarah Walsh. However, the Cats didn’t capitalise on that point - it took them a further seven minutes before they got the next score.

Kelly Ann Doyle did just that. Doyle, who was excellent all day, picked up a ball on her own 65 metre line before a great individual solo run took her through the Waterford defence before she put the ball over the bar.

It took Waterford a full 20 minutes to register their first score. Lorraine Bray opened their account, getting past full-back Michaela Kennelly before popping the sliotar over the crossbar.

Kilkenny wiped that score out when they added further points to their tally through Emma Comerford (free) and Laura Norris, who split the posts after a hand-pass from her clubmate Kelly Ann Doyle.

Things were looking good for Kilkenny at this stage, but all of a sudden calamity hit the Kittens. Waterford got a rub of the green when Trish Jackman hit a long ball into the square on 25 minutes.

It looked like Dawn Power had nabbed a point for Waterford when she hit a looping shot that seemed to be heading over the crossbar but at the last second the sliotar dipped, dropping under the crossbar and into the back of the Kilkenny net.

The goal was a devastating blow for the Kilkenny team who, for all their efforts, now found themselves two points behind their near-neighbours (0-5 to 2-1). Waterford did tack on a point, but another Comerford free ensured there was just a brace between the teams at the interval (Waterford 2-2, Kilkenny 0-6).

The second half flowed in a pattern which was similar to the first - Kilkenny had bright spells but scores at the right time kept Waterford in the driving seat.

Kelly Ann Doyle got the Kilkenny charge up and running, nabbing an excellent 34th minute point to reduce the gap to just one point. Waterford hit back with a fine point from the impressive Lorraine Bray, but Kilkenny hit a purple patch to race past their rivals.

Emma Comerford was at the heart of the run, converting three frees in a row before another Doyle point put Kilkenny back into the lead by the 47th minute.

Then came the real turning point. Driving forward in an effort to strengthen their lead, Edel Coonan opened up the Waterford defence when she won possession and bore down on goal.

Cutting through the Deise backs Coonan passed the sliotar across to the unmarked Jenny Clifford - for a second the Kilkenny supporters thought a goal was on the cards for their side but Clifford couldn’t take the chance.

Waterford heeded the escape and, with lightning-quick pace, they launched a counter-attack. In what seemed a matter of seconds, play moved to the other posts, where Dawn Porter rifled the sliotar into the Kilkenny net.

The Cats were stunned by that strike, which was Waterford’s first score in almost 15 minutes of play. Porter kept pushing them towards victory, adding a point to leave Waterford 3-5 to 0-11 in front by the 60th minute.

The game wasn’t over for Kilkenny - a long delay for treatment to Waterford’s half-back Jenny McCarthy meant there would be almost five minutes of stoppage time.

The Cats gave their all in search of a way back but, try as they might, they just couldn’t bridge the gap. Emma Comerford did convert an injury-time free, leaving just two points in the game, but the final whistle brought nothing but heartbreak for the visitors.