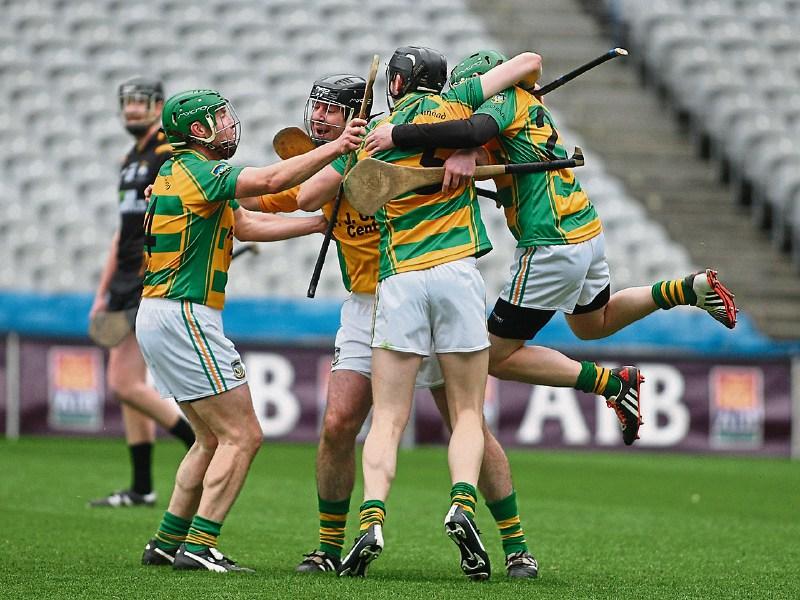 The championship path has had many twists and turns over the past few years, but as far as the Bennettsbridge road crew are concerned there’s nowhere else they’d rather be.

“We haven’t had a break in over two years,” noted Bridge manager Christy Walsh, “but you’d almost miss it now!”

The team who lit up Croke Park when they lifted the junior club All-Ireland title last year are back for another tilt at a national crown when they take on Galway’s Abbeyknockmoy in Sunday’s intermediate decider.

The championship has been played in two condensed blocks; the Leinster campaign was short and sweet, while the Kilkennymen endured a lengthy delay before their All-Ireland semi-final against Wolfe Tones (Clare) a fortnight ago.

However, despite the down-time, the ’Bridge have remained calm as they kept their engine ticking over.

“It hasn’t been too difficult - we don’t train them too hard,” he said. “We have a number of players there for years while another group are gone to third level so they’re training away with colleges. You have to take it all into account - it’s more of a balancing act.

“Up to now everything has done right in terms of preparing the team,” he said of the fine-tuning methods behind the scenes.

“It’s a simplistic way of looking at things, but once you’re winning everything goes well.”

The break between the semi-final and final gave Walsh and his team the chance to assess their win over Wolfe Tones of Clare.

It was a result which got even better the more they analysed it.

“We gave good performance, but the time to do it was in the first half when we played against the breeze,” he said of the semi-final win in Banagher. “The main thing was to stop them from getting a goal.

“We played well in the first half, but conditions like that are so unpredictable. In the second half things suited us – it started lashing rain and there was a strong breeze which meant that when the ball hit the deck play was held up for a few minutes. That suited us because we were ahead.”

Wolfe Tones started with the wind but dropped a man back - such was the shrewdness of the ’Bridge, they were ready for just that.

“All year we had spotted that they had played with the extra man in defence,” said Walsh.

“They played my home club Kilmoyley (Kerry) in the opening round of the Munster championship and they had the man back, but that’s what they do.

Walsh’s compliments towards his younger players was well founded. The team is confident; the players know what’s needed and can raise their game accordingly.

“While I’d be telling the lads what to do you know they can figure it out for themselves on the field,” Walsh said with a smile.

“I’m sure they don’t listen to me half the time, they just play away - but they’re good enough to do just that!”

The players can take guidance he said, but they are well aware what needs to be done.

“It’s a big thing,” he said. “No matter what happens in the game you have to know what to do with the ball.

“You have to be able to find your own men - there’s no point in hitting the ball 100 yards down the field and then watching as it comes back over your shoulder.”

Making the final has been another achievement for Bennettsbridge.

It has taken that unbeaten run to 29 games, but while Walsh believes their feats won’t sink in for some time he can appreciate living in the glow that surrounds the team at present.

“When you’re involved you just go from one game to the next without thinking too much about it,” he said of the entire experience.

“However, there is a great feeling there to be in the middle of it all. Show me the alternative - I’ve been there too - but this is a great run we’ve been on.”

However, the run of success Bennettsbridge have enjoyed means they are no longer an unknown quantity in the national championship scene. Opponents Abbeyknockmoy will know what to expect, even if Walsh is trying to play his side down.

“We might be a short price with the bookies, but we’re playing a Galway team in an All-Ireland final,” he cautioned.

“We played Annaghdown in the semi-final in Nenagh last year - we had it all to do to beat them. I don’t think you can take the opposition for granted - I know we won’t - because if you do they can beat you and all your efforts will be for nothing.”

Having booked their place in the final, a Bennettsbridge contingent took the chance to see who they would be facing by travelling to Navan for the second semi-final 24 hours later.

“We got to see Abbeyknockmoy beat Creggan (Antrim) in the semi-final,” he said of Sunday’s opposition.

“Creggan, who won the junior All-Ireland the year before us, did well in the first half and were ahead in the game Abbeyknockmoy completely overcame them in the second half and won by seven points in the end (1-13 to 0-9).

“They are like every Galway team,” he said of this weekend’s opponents. “These are serious guys. They know they can put it up to Kilkenny teams at any time.

“We’re under no illusions of the threat they possess,” he added. “They are a big strong team who are well able to catch the ball in the air. They are well able to play hurling, all of them. We have a lot to do to win the match - it won’t just be handed to us.”

It might be a cautious approach from the ’Bridge, but playing in Croke Park will quickly focus the minds.

“Playing in Croke Park is the reward for all the effort it takes to get to the final,” he said.

“I’m sure Abbeyknockmoy are looking forward to it as much as we are.”

And why wouldn’t both teams look forward to the game? It’s being played in Croke Park – the Mecca for every hurler in Ireland (and beyond).

Since their inception the club All-Ireland competitions have provided club hurlers with a great chance to realise the dream of playing on the hallowed turf - although, Walsh said with a wry grin, one county seems to have grasped the opportunity more than others.

“The club competitions have mostly been won by Kilkenny teams,” he said. “We’d be hoping to keep that run going!”

That’s a feeling everyone in the ’Bridge would echo. The village is alive with the buzz of the All-Ireland - and Walsh wouldn’t have it any other way.

“We know there’ll be great support on Sunday,” he said. “The community has taken the team to their hearts. It’s a young, skilful side with a good attitude and discipline.

“They’ll be tested at the weekend,” he finished. “But isn’t it great to be there?”