Murphy looking forward to new Croker experience with his club 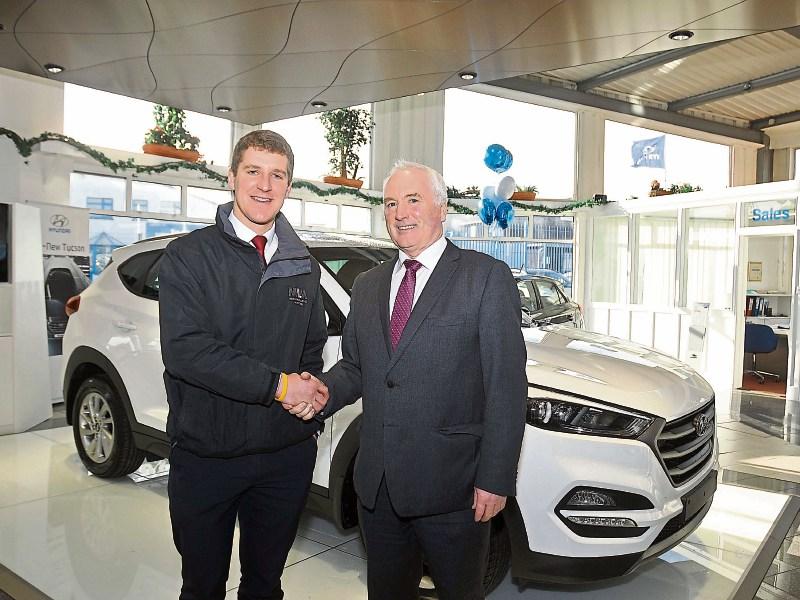 Days before the big event, Eoin Murphy, is feeling all the right vibes. There is a touch of nerves. When sleeping he can even feel the excitement.

"I can barely sleep with the excitement," he admitted. "I feel so good about the whole thing."

Murphy has crammed a lot of high end hurling experiences into his 25 years. Glenmore's joust with Eoghan Rua (Derry) in the All-Ireland club junior final in Croke Park on Sunday will be his ninth All-Ireland showdown experience.

"You have to be excited by every game. If you don't get that bit of nerves and bit of excitement, something is wrong."

Murphy has visited Croke Park four times with the Kilkenny seniors on All-Ireland day. Each experience ended up a winning one. He loves it; the edgy competition and he commits totally to it.

But with the Glenmore parish colours on his back, ah man, there is an extra dimension to it all.

He repeated that Sunday was "a great day to be looking forward to; unbelievable." He reckoned the last time Glenmore hit such a level was over 20 years ago in a senior semi-final against Dunloy (Antrim). That day didn't turn out too great for them, unfortunately.

"This final is a massive occasion, and we intend to relish it," said Murphy, who shares the free taking duties with Mark Aylward. "We intend to embrace the whole thing. Something like this could simply pass you by. But we might never again get to play in Croke Park together.

"We know an experience like this won't come around too often, so we don't want to have regrets. We intend to soaked it all in, but we must be focused, because the match has to be won.

"No one remembers losers in All-Ireland final. That is harsh, but it is the truth."

Eoin, a Sales Executive with Michael Lyng Motors, took the lead from the Kilkenny seniors handbook - be as competitive as possible, and perform.

"That's what the day is about.....performance and result," he assured. "Win!"

Croke Park, he reckoned, was the Mecca, the Madison Square Garden of Gaelic games "or whatever you want to call it."

"It is where every GAA player wants to play," he added with assurance. "So you don't want the day to pass you by."

In September he shared the All-Ireland final winning experience with clubmate, Ger Aylward on the Kilkenny team. The latter, the team skipper, won't be performing this time. Injury has stolen the day from him.

"It is sad that Ger will miss it," Eoin continued. "He put in a massive effort to get right after the misfortune of 2014. Last year he was phenomenal for Kilkenny and Glenmore. He took on a new role with Glenmore, and his leadership was top notch.

"The responsibility of being captain didn't phase him. He told us we can't be feeling sorry for him. We have to win. That would be best present we could give him.

"He will have a long rehab, but a win might make it a small bit easier. He will be our biggest supporter on Sunday. He was carrying water at training and throwing in the sliotar. He is doing his bit."

Murphy reckoned Glenmore should hit Croke Park note perfect. The form of the team is improving. At the end of the group stages in Kilkenny, they got a bit sluggish, for whatever reason.

then they enjoyed a good first round in the championship, and things clicked again. The county's final wasn't a cracker, but things have worked out nicely in recent times, with upbeat performances turned in against Lusmagh (Offaly) in the Leinster final and Dungourney (Cork) in the All-Ireland semi-final.

"The further we progressed, the more confident we become," was how he summed up things. "Winning is a good habit, but now we must finish the job."

He said manager, Thomas Mullally and selectors, Paddy Mullally, David Beirne and Willie Fitzgerald had build up a lovely spirit in the camp.

Sunday would be a brilliant day for the parish, for the people and the club, he felt.

"Nerves are good," he repeated, "but we can't let the occasion get to us. We have to take it all in, but we can't lose sight of the top priority.....which is winning."