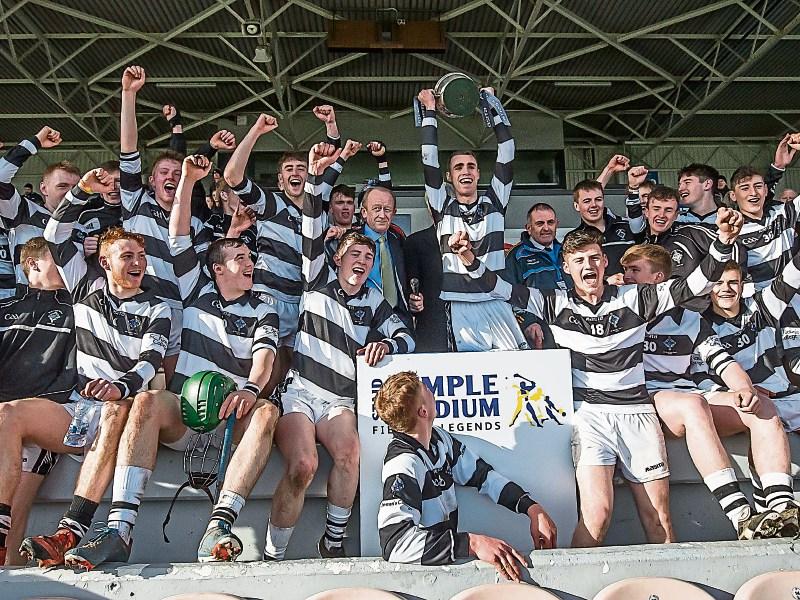 Another year, another senior hurling All-Ireland for St Kieran’s College, but there was something extra-special about bringing the Croke Cup home in 2016.

“Winning this one is that extra bit special,” said top scorer and Man of the Match Joe Cuddihy after Kieran’s beat Limerick’s Ardscoil Ris to make it three All-Irelands in as many seasons.

A storming performance, helped by Cuddihy’s first half goal, saw the Saints win their 21st All-Ireland title and a fifth in seven years - but boy was it tough.

“It was a really tough game, but we expected nothing less - Ardscoil are a great side,” he said. “We knew all week that if we focused on our game that we could come through, but by God they put it up to us.”

Having trailed Ardscoil by two points, Cuddihy’s 22nd minute goal pushed Kieran’s into a lead they would not lose. It was a vital score, but he was quick to play down his finish, preferring to see the positives it brought the team.

“It was crucial that we got going,” he said. “We needed a goal to get us moving as it stopped the lead from slipping away from us. Luckily the goal came our way when it did.”

Having led by four points at the break Kieran’s were stunned when Ardscoil landed a quick goal in the second half, but the team rode out the storm.

“It was a blow to concede a goal as early as we did in the second half, but we knew Ardscoil would come out with all guns blazing,” the Ballyhale man said. “We felt they’d have a 10-minute spell where they’d try to dominate and get back on top but you have to expect that from a side like Ardscoil - you have to carry on from there.”

Helped by three Cuddihy points Kieran’s did just that, but according to the full-forward it was the team’s work that got them over the line.

“It’s just pure work-rate got us there in the end,” he said. “It’s not even about skill - you’re just trying to ground out the win.”

Kieran’s manager Liam Smith was loud in his praise for the team, calling their victory a just reward for all their hard work throughout the championship.

“These lads have been getting better and better as the championship has gone on,” their proud manager said. “They all fight for each other and work for each other non-stop. They got their reward today.”

Winning the final was one thing, Smith said, but to do it and achieve the three-in-a-row gave the players even more reason to be proud.

“This game is about them making their piece of history and I’m delighted they’ve done it,” he said. “ To wear that jersey is a massive honour and these players know that – they only have to look at the hurlers who have gone before them to see that.

“Please God a number of them will be able to go on and play for Kilkenny and achieve even more.”