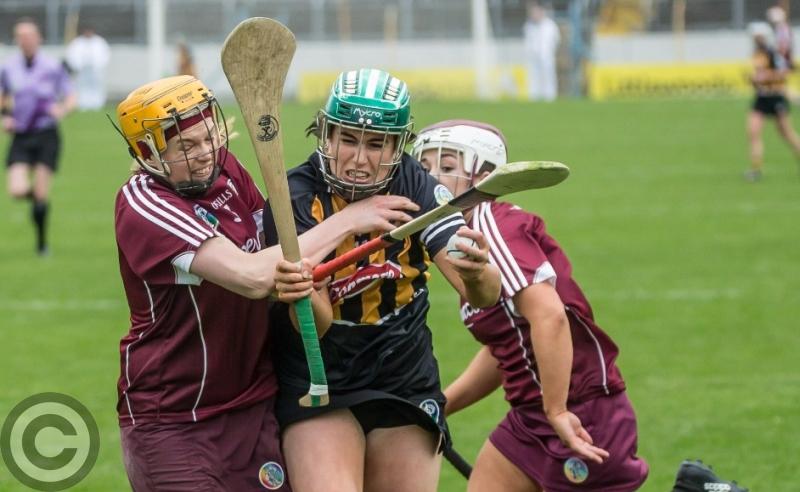 Kilkenny's Miriam Walsh, seen here in action against Galway, has been nominated for a Camogie League award. Photo: Pat Moore

Three of the Kilkenny's League-winning camogie team are in the running for a top player award.

Anne Dalton, Denise Gaule and Miriam Walsh lead the chase for the Division One honour after the Camogie Association announced the nominees for their inaugural player awards.

Players from across all three divisions of the Littlewoods Ireland Camogie Leagues recognised for their outstanding efforts in 2017. The players were picked by managers from all of the teams who participated in this year's competition.

The Cats, who successfully defended their title by beating Cork in Limerick, have dominated the Division One nominees. Joining Gaule, Walsh and Dalton are Limerick’s Niamh Mulcahy and Waterford’s Beth Carton.

In Division Three Dublin’s Caragh Dawson, Patrice Diggin of Kerry and Roscommon’s Shauna Fallon have all been nominated.

The player with the most nominations from each Division will be announced at a special ceremony in Croke Park on Friday, May 19.